On Dec. 11, the U.S. Supreme Court ruled against a recent U.S. Patent and Trademark Office (USPTO) policy that had reinterpreted a long-standing provision of the Patent Act to say that the USPTO could demand repayment of its legal fees. In Peter v. NantKwest, Inc., the Supreme Court struck down the USPTO practice, in part, because it was inconsistent with the “American Rule” that underpins this country’s jurisprudence.

According to what’s known as the American Rule, under most circumstances, litigants must pay their own attorney’s fees, win or lose. With the NantKwest, Inc. holding, the Supreme Court affirmed the decisions of the U.S. District Court for the Eastern District of Virginia and the U.S. Court of Appeals for the Federal Circuit, which previously invalidated the USPTO’s aggressive read of Section 145. That section directs that “[a]ll the expenses of the proceedings shall be paid by the applicant” when the decisions of the Patent Trial and Appeal Board (PTAB) are appealed to the federal district court; however, the USPTO was reading the term expenses to include the salaries of the USPTO’s counsel.

The Patent Act creates two mutually exclusive ways to challenge an adverse decision by the USPTO: 1) a direct appeal to the U.S. Court of Appeals for the Federal Circuit under Section 141 or 2) to file a new civil action against the director of the USPTO in federal district court under Section 145. The second pathway unfolds in a manner similar to any federal litigation in district court including fact-finding and the introduction of new evidence, motion practice, and other procedures that can result in protracted litigation. As a condition for permitting such extensive review, the Patent Act requires applicants who avail themselves of the appeal route to pay, according to 35 U.S.C. Section 145 and as noted above: “[a]ll the expenses of the proceedings.”

After the USPTO denied NantKwest, Inc.’s patent application  for a method for treating cancer, NantKwest filed a complaint against the USPTO director in the Eastern District of Virginia under Section 145. After winning the case on summary judgment, the USPTO moved for reimbursement of expenses that included – for the first time in the 170-year history of that code section – the pro rata salaries of the USPTO attorneys and a paralegal who worked on the case. The question presented to the court was whether “expenses” to be borne by the applicant include the salaries of attorney and paralegal employees of the USPTO.

Writing for a unanimous Court, Justice Sonia Sotomayor explained that the American Rule would provide the baseline for the Court’s evaluation. Noting that the statute failed to specify reimbursement of lawyer’s fee, Justice Sotomayor opined that in order to adopt the USPTO’s interpretation of Section 145, Congress must have specifically and explicitly intend to overcome the American Rule’s presumption against fee shifting. Such explicit intent was found inconsistent with the statutory language.

The Court also determined that the Patent Act’s history reinforces that Congress did not intend to shift fees in Section 145 actions. Elsewhere in the Patent Act, attorney fees are awarded and done so explicitly, i.e., by including the words “attorney fees.” As such, the plain text of Section 145 does not overcome the presumption against fee shifting embodied by the American Rule, so to permit the USPTO to recoup its legal personnel salaries as “expenses of the proceedings.”

In parallel, the USPTO has also sought attorney fees as expenses in appeals to federal courts involving trademark cases, as in Booking.com B.V. v. Iancu, which granted the USPTO attorney fees as expenses for the plaintiff’s successful appeal. The Booking.com decision in this case does not mention the Lanham Act’s equivalent “expenses” provision in Section 21, however, the Court’s holding in this case would appear to apply to appeals in trademark cases as well.

Although unrelated to the outcome, the unusual naming of this case is of interest. The Solicitor General of the United States, Noel J. Francisco, intervened during the course of litigation to substitute Deputy Director of the USPTO, Laura Peter, as the petitioner in place of USPTO Director Andrei Iancu. Iancu was formerly the managing partner of Irell & Manella LLP, the firm representing NantKwest, Inc. 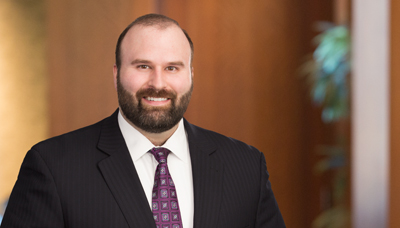 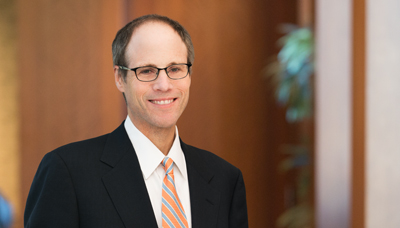