While the phrase “eavesdropping and wiretapping device” is typically associated with clandestine and stealthy behavior, it may come as a surprise that your office and home security systems, cellphones (and their recordings), and telephones used for conference call purposes could also be considered “eavesdropping devices.” Your seemingly harmless recordings and transmittals could leave you both criminally and civilly liable for violating either the Federal Wiretap Act (18 U.S.C. § 2520) or a state statute or criminal code. Individuals and businesses with a need to record conversations should be aware of their jurisdiction’s requirements for such recordings to ensure that they are complying with all applicable laws and not leaving themselves vulnerable to criminal prosecution or civil claims for money damages.

Forty-nine states (all except for Vermont) have enacted statutes and regulations modeled after the Federal Wiretap Act, which makes it a crime to secretly audio record (“intercept”) a conversation, to use the information on an illegally made recording, or to disclose information that was illegally recorded, without prior notice and consent. 18 U.S.C. §2511(1)(a). Where the states differ is with regard to the level of consent required to record. The majority of states (39 states and the District of Columbia) have adopted the “one-party” consent standard.1 Under this category of consent, a person can record a conversation as long as he/she is a party to the conversation, or, as long as one party to the conversation (a source) consents to it being recorded after having full knowledge and notice that it would be recorded. “One-party” consent is also what is required under federal law. 18 U.S.C.§ 2511(2)(d).

Conversely, 11 states have adopted all-party consent, wherein the consent of every party involved in the conversation must consent to the recording prior to it occurring.2 In some of these states, it is sufficient if all of the parties to a communication are simply aware that their conversation is being recorded, even if they did not expressly consent to the recording. According to recent case law and amendments to state statutes, these states are split as to whether the all-party consent rule would apply regardless of whether the conversation is held in a private or a public location. One example is Commonwealth v. Manzelli, 864 N.E.2d 566 (Mass. App. Ct. 2007), wherein a Massachusetts court found that all-party consent applied to a public conversation when a protestor was arrested for secretly audio taping conversation with a police officer at a publicly held political rally. In Illinois, the Illinois Eavesdropping Act (720 ILCS § 5/14-2(a)) distinguishes private and public communications in that only private conversations have a protectable interest from recording. Montana also makes an exception to its all-party consent requirement for recordings of public officials performing official duties, and individuals speaking at public events in Mont. Code Ann. §45-8-213.

States also include numerous exceptions and stipulations to their consent requirements, including, but not limited to, recordings captured by police, recordings permitted per court order or pursuant to a state’s attorney’s approval, and by communication service providers (i.e., when telephone operators state that the recording will be monitored at the beginning of the call). Further, some states (such as Illinois) only consider a recording to be in violation of its eavesdropping act if the individual intentionally recorded a conversation, either with a devious purpose or with the intent to use the recording in some harmful or sly way. See 720 ILCS § 5/14-2(a), which says in Illinois, the use of an eavesdropping device is in violation of the Act only if it was performed in a surreptitious manner.

Telephone conference calls create an additional dilemma where they involve the participation of individuals from multiple states (both one party and all-party consent jurisdictions). For example, in Kearney v. Salomon Smith Barney, Inc., a case in which Georgia brokers surreptitiously taped telephone conversations with California residents, two residents (Kearney and Levy) sued under the California all-party consent statute requesting injunctive relief and damages or restitution. Kearny v. Salomon Smith Barney, Inc., 137 P.3d 14, 917 (Cal. 2006). The California Supreme Court applied its conflicts of law governmental interest analysis and found a conflict between California’s and Georgia’s interests in the laws of their respective states. Ultimately, “the court decided that the privacy of California residents would be negatively impacted if Georgia law (one-party consent) was applied, and further, that applying Georgia law would put California businesses at a disadvantage, while the requirement that a Georgia caller inform the California resident that the conversation was being recorded was very light.” See Carol M. Bast, Conflict of Law and Surreptitious Taping of Telephone Conversations, 56 N.Y.L. Sch. L. Rev. 147 (2009/2010), for an in-depth analysis of conflict of law issues applying to inter-state conference calls.

Although the penalty for violating the Federal Wiretapping Act is up to five years imprisonment or fine, the act also provides for civil lawsuits. 18 U.S.C. §2511(4)(a). Moreover, many states have adopted similar statutes providing for civil damages, and these statutes (which mirror the Federal Act’s provisions for civil damages) provide a private right of action for compensatory damages, punitive damages, attorney’s fees and costs, as well as injunctive relief. 18 U.S.C. §2520. In light of the variance of jurisdictional requirements for consented recordings, a prudent business owner and even a cautious individual in this day of technology should consider whether they are utilizing an “eavesdropping device,” such that they should consult their jurisdiction’s requirements to ensure compliance.

Erin M. Pauley is an associate in the Chicago office and a member of the Litigation Department and Commercial Litigation Practice Group. Erin concentrates her practice on various commercial litigation matters. Erin can be reached at 312-214-4598 or epauley@btlaw.com. 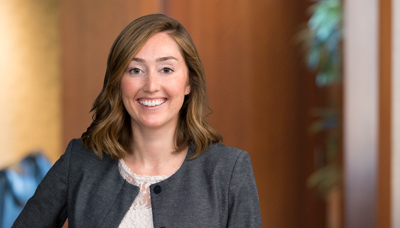