With over 40 years of government contracts and procurement experience, Hordell advises clients ranging from small businesses to large enterprises on a variety of government contractual issues, including proposal preparation, compliance, bid protests, contract performance and claims and mergers and acquisitions. Having been granted a Top Secret/Sensitive Compartmented Information clearance/access from the U.S. government, Hordell is permitted to assist contractors with classified matters. Hordell is particularly active with companies that provide technology/software services and products; command, control and communications systems; cybersecurity products; intelligence surveillance; and reconnaissance services and products.

“Michael’s intimate knowledge of federal law and deep understanding of procurement rules and processes will be invaluable for clients looking to establish and maintain successful business relationships with government entities,” said Scott Pickens, co-chair of the Federal Contracting, Procurement and National Security Practice Group. “We’re thrilled to welcome such a high-caliber adviser to the firm.”

Earlier in his career, Hordell served as procurement counsel at the U.S. Government Accountability Office (GAO), formerly known as the General Accounting Office, where he wrote decisions for the signature of the Comptroller General and advised GAO’s contracting officers on all aspects of procurement law. He received a Certificate of Merit for his contributions to GAO’s Document Handling and Information Services Facility and Information Handling and Support Facility.

Hordell is a frequent lecturer and author on various government contract topics, including the book titled, “Winning Proposals and Pricing/Cost Strategies: A Guide for the Federal Contractor.” He is the past chair of the American Bar Association’s Section of Public Contract Law, where he held numerous leadership positions. Currently he remains active in the Section, where he is a member of the Bid Protest, Acquisition Reform & Emerging Issues and Fellows Committees.

Hordell joins Barnes & Thornburg from Pepper Hamilton LLP, where he co-chaired the Government Contracts Practice Group. Hordell earned his J.D. from Boston University School of Law and his B.B.A. from the University of Cincinnati. 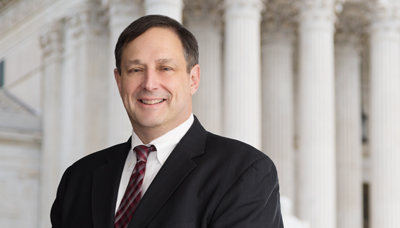