Last week, the U.S. Court of Appeals for the Third Circuit issued a creditor-favorable ruling that does not allow the “discovery rule” to soften the impact of the Fair Debt Collection Practices Act’s (FDCPA) one-year statute of limitations. The Circuit Court held that any FDCPA suit must be filed within one year of the alleged violation. This case is notable because other circuit opinions on this point have allowed consumers to file lawsuits past the one-year deadline so long as the suit was filed within one year of discovery of the violation.

The case, Rotkiske v. Klemm et al, sets forth a simple fact pattern. Sometime in 2009, an attorney obtained a default judgment against Rotkiske for unpaid credit card debt. Rotkiske did not live at the address where process was served and did not know of the collection suit, or the judgment, until a mortgage application of his was denied in September 2014. Rotkiske then filed an FDCPA action against the attorney and others within one year of that denial, claiming that the improper default judgment negatively impacted his ability to obtain a mortgage.

The District Court dismissed the suit since it was filed more than one year after the violation. The FDCPA requires actions be filed “within one year from the date on which the violation occurs.” Though the FDCPA does not have any language about the one-year period being triggered by the plaintiff’s knowledge of the violation, both the Fourth Circuit and the Ninth Circuit have grafted a discovery rule on the FDCPA’s statute of limitations. The Third Circuit, though, affirmed the lower court’s ruling, and declined to allow plaintiff to utilize the discovery rule since the FDCPA (i) clearly states that any suit is to be filed within one year of the violation; and (ii) does not explicitly state that the one-year period is dependent on the plaintiff’s knowledge of the violation. The court did note that equitable tolling might still apply to situations involving fraudulent, misleading or self-concealing conduct by the defendant, so the possibility of a plaintiff bringing suit after one year is not entirely foreclosed.

Thus, FDCPA defendants in the Third Circuit now have precedential authority to take a more aggressive approach on stale claims. And, those creditors in circuits other than the Fourth or Ninth have circuit-level persuasive authority to argue that their courts should not impute a discovery rule on to the FDCPA’s statute of limitations. With the circuits now split, further case law on this issue and possible U.S. Supreme Court intervention are within the realm of possibility.

For more information, please contact the Barnes & Thornburg attorney with whom you work or Kevin Driscoll in the firm’s Finance, Insolvency and Restructuring Department at 312-214-8322 or kevin.driscoll@btlaw.com. 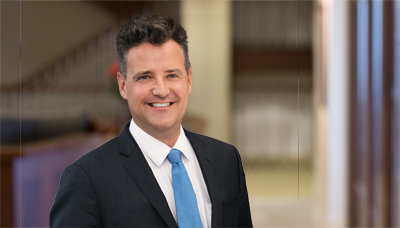