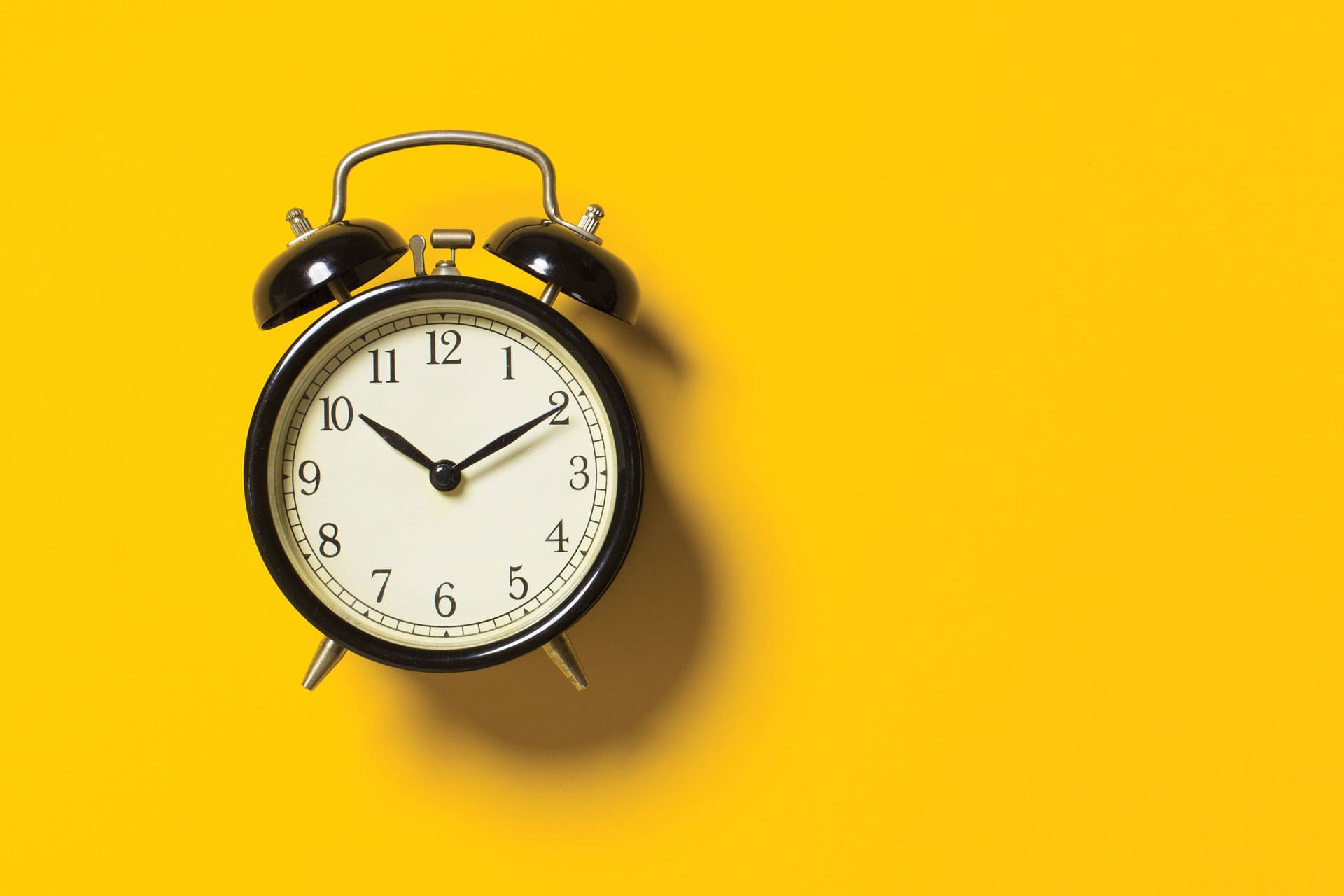 Liability insurance policies tend to fall into one of two categories based on the trigger of coverage: occurrence and claims-made policies. Generally speaking, under an occurrence policy, coverage is triggered if the underlying accident (i.e., the “occurrence”) for which a party seeks to hold the policyholder liable takes place while the policy is in effect, regardless of when the subsequent claim I made. In contrast, under a claims-made policy, coverage is triggered if a claim (usually defined as a written demand for relief) against the policyholder is first made and reported to the insurance company during the policy period, regardless of when the underlying “wrongful acts” that gave rise to the claim took place.

Armed with this generalized understanding of how claimsmade policies operate, a policyholder may be lulled into thinking that, once a claim has been made and properly reported to the insurance company during the policy period, the timing of events before the policy period will have little if any impact on coverage.

This could be a dangerous assumption. Insurance companies frequently reserve the right to deny – or deny outright – coverage of claims made during the policy period on the basis of provisions in their policies that pertain in one way or another to events predating the policy period. Understanding some of the more common ways insurance companies try to do this can forewarn and forearm corporate policyholders in their efforts to overcome these arguments.

When a new claim is reported to an insurance company, one of the first things the company does is request information and documents regarding the factual background of the claim. While the purpose of this request is usually characterized as helping the insurance company defend against the claim, the company often has an ulterior motive – to determine who was in a position to anticipate the claim for the purpose of applying the policy’s prior knowledge exclusion.

Because claims-made policies vary from carrier to carrier, there is no standardized prior knowledge exclusion. In some instances, the provision is not even written as an exclusion, but rather as a specified failure of a condition precedent to coverage. Most variants of this exclusion, however, provide that coverage of a claim is defeated if any member of the corporation’s control group, before a specific date in the past, knew or could have reasonably foreseen that the wrongful acts at issue might be expected to form the basis of a claim. The definition of the control group varies from policy to policy, but frequently encompasses the corporation’s CEO, CFO, general counsel and risk manager. Sometimes, the policy may broadly define the control group to include any officer, director or corporate counsel.

The majority of courts construing the most common forms of prior knowledge exclusions have held that they apply if (1) a member of the specified control group had knowledge of certain facts prior to the specified date, and (2) a reasonable person in that position could have foreseen that a claim might be made. See, e.g., Selko v. Home Ins. Co., 139 F.3d 146 (3d Cir. 1998); Cohen-Esrey Real Estate Servs. v. Twin City Fire Ins. Co., 636 F.3d 1300 (10th Cir. 2011). Because the “objective” standard applies under these forms of prior knowledge exclusions, the fact that a particular insured did not subjectively interpret the facts as posing a threat of a claim may not be a defense against application of the exclusion.

Some variations of the prior knowledge exclusion can have a significant impact on coverage. For example, while many versions of the exclusion apply if the control group member knew of facts that “could” or “might” lead to a claim, other versions require that the facts known be “likely” to give rise to a claim. Under the latter standard, the insurance company has a heavier burden of showing that the exclusion applies because it would have to demonstrate that the potential for a claim was relatively clear based on the individual’s knowledge.

Even if the control group had no knowledge of facts or circumstances that could give rise to a claim, rendering the prior knowledge exclusion inapplicable, this does not mean the policyholder is in the clear. Claimsmade policies also contain retroactive date exclusions (also known as continuity date exclusions) that apply based on when the underlying wrongful acts took place, regardless of whether anyone knew they could form the basis of a claim. This is why it is incorrect to say that the timing of the underlying events is irrelevant to coverage under a claims-made policy, even if the coverage trigger is the claim itself.

Corporate policyholders should also be on the lookout for insurance programs that contain inconsistent retroactive dates. Many corporations have primary policies and several layers of excess insurance issued by different insurance companies. Occasionally, an excess carrier will add a retroactive date to its policy that does not match what the other carriers in the program have added to their policies. In circumstances where the underlying events first took place after some of the retroactive dates, but before other retroactive dates, the policyholder may be left with critical gaps  insurance coverage that leave its program resembling Swiss cheese.

The policyholder’s options in such circumstances are not pretty. It may have to  pay loss in the non-covered layer out of its own funds. However, if the excess policies contain language requiring that all underlying limits be paid only by the carriers themselves, in some states the policyholder may not be able to pay the gap with its own funds, and it could lose coverage in excess of that layer. The bottom line is that policyholders need to carefully review their liability insurance programs to ensure that these seemingly innocuous variations between the coverage layers get ironed out.

Prior and pending litigation exclusions

Even if no exclusion in the policy applies to the claim, the insurance company may try to get out of coverage by rescinding the policy on the basis of omissions or misrepresentations in the application for the policy. Many states have statutes or case law that permit an insurer to rescind a policy – that is, treat matters as if the policy had never existed – where the policy is issued on the basis of a material omission or misstatement by the policyholder.

For example, assume that the insurance company has issued a series of renewal policies to the policyholder, such that the prior knowledge date is now several years in the past, and the prior knowledge exclusion is not applicable to the control group’s knowledge of more recent wrongful acts that preceded the policy or the claim. The insurance company, realizing it cannot point to any applicable policy exclusion, may closely scrutinize the renewal application for any questions that reasonably called for the policyholder to disclose information about the circumstances leading to the claim. If it finds such a question, and the policyholder did not disclose that information in response, the carrier may seek to rescind the policy, particularly if the claim has substantial value, or the underlying facts may lead to a series of claims against the policyholder over time. Generally, if the insurer successfully rescinds its policy, it owes nothing more than the return of the premium payment to the erstwhile policyholder.

In most states, a misrepresentation in insurance application warranting rescission of the policy must not only be material, it must also be intentional and fraudulent. In these states, mere mistakes are not grounds for rescission. In a minority of states, such as California, even an innocent factual mistake in the application is enough to justify rescission of the resulting policy. No matter what state’s law applies, it pays to get the facts right in the application.

Because rescission can lead to costly and fact-intensivelitigation, carriers have begun issuing non-rescindable policies with a new exclusion applicable in the event of omissions or misstatements on the application. Instead of retaining the right to rescind policies based on policyholder omissions and misstatements, nonrescindable policies contain an exclusion under which the carrier can deny coverage for any claims arising out of facts that were material to the carrier’s assumption of the risk where those facts were omitted or misrepresented on the policy application.

While this is not an optimal solution for policyholders, such exclusions may prove valuable where the policyholder’s risk profile contains numerous risks, only one of which may be excluded under the policy. It goes without saying that, to avoid any potential loss of coverage – whether through rescission or the newer exclusion – it is imperative that the policyholder consider carefully reviewing its application to ensure it has responded to the questions as fully as possible.

Insurance Policy Renewals May Be an Opportunity to Obtain...