The California Supreme Court recently announced that in certain circumstances, California state courts may exercise jurisdiction in mass tort actions over nonresident corporations, even with respect to claims by out-of-state plaintiffs. The case, Bristol-Myers Squibb (BMS) v. Superior Court (Anderson), involved eight complaints filed on behalf of 678 individuals, including 592 nonresidents and 86 Californians, alleging injuries sustained as a side effect of a medication manufactured by BMS.

In Anderson, BMS contended that the nonresidents’ connections to California were tangential and that BMS likewise lacked sufficient contacts in California to subject it to jurisdiction. The plaintiffs did not allege that they were injured or treated for their injuries in California. BMS is neither headquartered nor conducts it substantial operations in California, and the company did not research, develop, or manufacture the medication at issue in California. In finding that jurisdiction existed, however, the California Supreme Court noted that BMS maintains some operations in California, including research and development facilities; that the company employs 250 sales representatives in the state; and that it made substantial sales of the medication at issue to California distributors and wholesalers over a six-year period.

Although the California Supreme Court held that these corporate connections with California were insufficient to establish general personal jurisdiction, it nevertheless held that BMS was subject to specific jurisdiction in this instance. The most notable aspect of the Court’s reasoning concerns the specific jurisdiction requirement that the claims “arise from or are related to” the nonresident corporation’s contacts with California (also called the “relatedness” requirement). Here, the Court held that the California residents’ claims against BMS provided a sufficient connection between BMS and California with respect to the nonresidents’ claims.

Critics of the Anderson decision have pointed out that the California Supreme Court’s expansion of specific personal jurisdiction is an attempted end-around the U.S. Supreme Court’s 2014 decision in Daimler AG v. Bauman. In Daimler, the Supreme Court rejected the notion that a nonresident corporation was subject to general jurisdiction in California based solely on the corporation’s simply continuous and systematic contacts in the state. Indeed, as the dissent in Anderson noted, by interpreting specific jurisdiction’s “relatedness” requirement as they did, the Anderson majority effectively expanded specific jurisdiction to the point that it becomes indistinguishable from general jurisdiction for nationwide consumer companies – precisely the result Daimler cautioned against. Thus, because of the due process implications of the Anderson decision, it is anticipated that the parties may appeal to the U.S. Supreme Court.

For more information, contact the Barnes & Thornburg attorney with whom you normally work, or one of the following attorneys: Sarah Johnston at Sarah.Johnston@btlaw.com or 310-284-3798 or J.T. Larson at JT.Larson@btlaw.com or 317-231-7729. 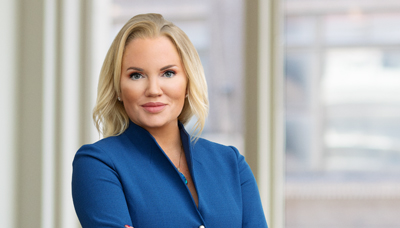 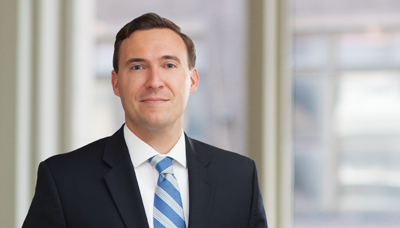