The Indiana Public Access Counselor (Counselor) recently issued an advisory opinion that says emails pertaining to public business that are sent or received by the private email accounts of public officials are subject to disclosure under the Access to Public Records Act (APRA).

“When a civil servant is acting in his or her official capacity as a public figure, any documented record received or generated by the public official is a potentially disclosable public record,” according to the opinion. This includes emails stored in the personal email accounts of public officials communicating in their official capacities concerning public business. While the counselor acknowledged the lack of both express language in the statutes and available case law, he nonetheless advises that in some circumstances the communications could be considered public records subject to disclosure.

Although the opinion was in response to a complaint involving the denial of access to emails from the personal email accounts of two elected county commissioners, the effect extends to the private email accounts of all employees of public agencies. APRA’s definition of public agencies is broader than just governmental entities, and can include private corporations and other organizations supported or maintained in whole or in part with public funds.

Under the advisory opinion, whether emails from a public official’s personal account must be disclosed hinges on whether they were created by “individuals acting in their official capacities as public servants.” If so, the emails are considered public records, and thus subject to disclosure under APRA. The counselor’s advisory opinion does not alter the statutory exceptions for confidential records and those for which the public agency has discretion to deny release. However, the burden of proving an exception applies is on the public official or public agency.

An important qualification in the advisory opinion is that a public servant’s entire private email account is not subject to disclosure due to the “private and personal” nature of some communications. That means access to some emails in a public servant’s private account does not mean access to all. The opinion emphasizes that the hardware used to access the email account is not subject to public inspection. Finally, the advisory opinion recognizes the practical and logistical difficulty in enforcing disclosure. As the counselor states, “the public official is basically on the honor system to either produce the requested emails or identify an . . . exception to disclosure.”

While the counselor’s opinion does not have the force of law and is limited to a complaint against one county’s commissioners, it bears close attention from the tens of thousands of Hoosier employees of local and state public agencies subject to APRA and is likely to generate an increase in requests from the public and the news media for such private account emails. That said, the general counsel and executive director of the Hoosier State Press Association (HSPA), which represents 167 daily and weekly paid-circulation newspapers in Indiana and the APRA’s biggest champion in the State House, will not be advising HSPA members to push public officials for access to their private email accounts. According to Steve Key, HSPA executive director and general counsel, the intent of legislators was not to make emails in personal accounts into public records and a court would not agree with the counselor’s interpretation unless a public official “pushed” the personal account as a conduit for public business.

For more information or compliance advice, contact the Barnes & Thornburg attorney with whom you work or one of the following attorneys: Bill Moreau at 317-231-7349 or bill.moreau@btlaw.com or Jake German at 317-231-7538 or jacob.german@btlaw.com. 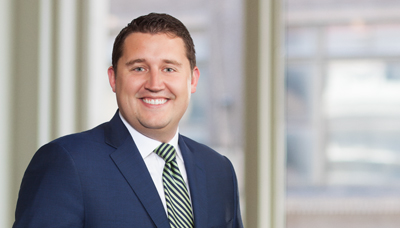 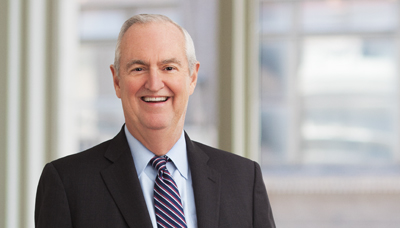