In a recent decision characterizing precedent as a seven decade “aberration,” the Supreme Court of California permitted plaintiffs, borrowers on a real estate collateralized loan, to introduce against defendant, a lending institution, parol evidence directly contradicting the terms of their written, integrated loan agreement. The parol evidence supported the plaintiffs’ allegations that the defendant’s loan officer orally misrepresented the loan agreement’s written terms before the plaintiffs agreed to sign it.

A. Riverisland: Expanding the Scope of the Fraud Exception of the Parol Evidence Rule

However, a 78-year-old Supreme Court of California case, Bank of America Nat’l Trust & Savings Assn. v. Pendergrass, 4 Cal. 2d 258 (1935), long imposed a confusing and challenging limit on the fraud exception. Under Pendergrass, parol evidence was admissible only if it tended to prove some fraud in the inducement to enter the contract or some other fact independent of the contract’s terms. Thus, parol evidence of an oral promise that contradicted the terms of a subsequent written instrument was inadmissible, even for the purpose of contesting the instrument’s validity itself.

With its Riverisland decision, issued earlier this year, the Supreme Court of California dispensed with the Pendergrass limitation to the parol evidence rule’s fraud exception. Now, parol evidence of representations contradicting the terms of a written agreement may be admitted as factual misrepresentations to prove fraud or negligence.

B. Riverisland’s Place In the History of California’s Real Estate Collateralized Borrowers’ Protections

California has long been known as a state highly protective of real estate borrowers. Not surprisingly, California’s major protections of borrowers have been prompted by severe economic conditions. The Riverisland decision continues that tradition.

Under former law, borrowers who had proffered real estate as security faced not only foreclosure, but also actions for money judgments for deficiencies. Thus, suffering borrowers faced not only the loss of real estate collateral, including even their homes, but also the specter of unfettered litigation seeking money judgments that could result in the loss of other assets and even the garnishment of their wages. Indeed, lenders formerly had the option of ignoring foreclosure on real estate collateral – assets with a potentially highly depressed value in tough economic times – and instead proceeding directly to recover on the loan via a money judgment, without losing the real estate collateral. See, e.g., Martin v. Becker, 169 Cal. 301, 146 P. 665 (1915); see also Bernhardt, et al., CALIFORNIA MORTGAGES, DEEDS OF TRUST, AND FORECLOSURE LITIGATION, Vol. 1 § 5.2 (4th Ed. CEB 2012).

In response to such multi-pronged attacks by lenders, California and other states enacted a variety of borrower protections to regulate the process of real estate transactions. By enacting California Code of Civil Procedure § 726(a), California ended lenders’ ability to collect debts from borrowers without first foreclosing on real property collateral by making clear that “[t]here can be but one form of action” for the recovery of any debt secured by real property. That “One Action Rule” requires lenders to seek foreclosure before seeking a money judgment.

More early protections of borrowers arose from the wreckage of the Great Depression in the 1930s. That economic disaster included the collapse of real estate values. In 1933, California enacted Code of Civil Procedure § 725(a), which ensured that the One Action Rule applied not only to mortgages, but also to deeds of trust – a common form of security that previously had been excluded from the One Action Rule. CALIFORNIA MORTGAGES, DEEDS OF TRUST, AND FORECLOSURE LITIGATION, supra, Vol. 1 at § 4.3.

In the face of the so-called Great Recession following the collapse of the real estate market beginning in 2009, California law again responded by protecting borrowers. For example, Code of Civil Procedure § 580e was amended to bar deficiency judgments on junior deeds of trust after a short sale (previously, only first deeds of trust were covered).

Riverisland now provides borrowers who believe that they have been defrauded by verbal assurances of loan officers and other agents with a new, more confrontational, tool to defend their interests. As discussed above, the parol evidence rule will now be interpreted more broadly to permit the introduction of evidence of false statements about the content of a written agreement. As the plaintiffs in Riverisland can attest, this new development may assist borrowers in their never ending quest to avoid liability to lenders.

C. What Lenders Should Do to Protect Themselves

To limit their exposure to borrowers’ post hoc contests of loan agreements, lenders should avoid making oral representations of the substantive terms of proposed contracts. Lenders also should keep contemporaneous written records of all communications with potential borrowers, especially of oral communications. Lenders should, as a matter of company policy, send customers written summaries of such oral communications – the ‘confirming email’ well known to litigators – whenever possible.

To obtain more information or a copy of the decision, please contact the Barnes & Thornburg attorney with whom you work, or the following attorneys: David Allen at (310) 284-3860 or dallen@btlaw.com; or Paul Laurin at (310) 284-3785 or plaurin@btlaw.com. 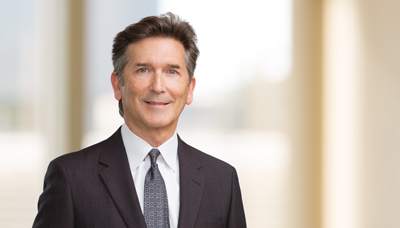