In a recently released Center for Disease Control (CDC) report entitled “Overdose Deaths Involving Opioids, Cocaine, and Psychostimulants – United States, 2015-2016,” trends in what has become known as the “opioid epidemic” were reviewed. The data is based on statistics gathered from 1999-2015 and relies on information contained in the National Vital Statistics System. In total, 568,699 people died between 1999 and 2015 from drug overdoses in the United States. A total of 63,632 people died in 2016 and, of this number, 42,249 deaths involved an opioid. Increases in mortality rates were noted across all demographics, urbanization levels, and states. This represents a 27.9% increase in overdose mortality figures from 2015.

In a report by the American Action Forum, the opioid crisis is thought to have cost the United States as much as $700 billion and removed 919,400 prime-age workers from the labor market (2015). This has resulted in an estimated loss of 12.1 billion work hours from 1999-2015.

The CDC has urged that efforts to reverse this disturbing trend be multifaceted, with improved surveillance of usage, increased naloxone availability, improved safe-prescribing practices, better linkage to treatment options, and increased collaboration between health and public safety agencies.

To that end, the House Energy and Commerce Committee has held hearings on various issues related to the opioid epidemic throughout 2017 and 2018. In addition, several bills have been introduced, including H.R. 2851, the “Stop Importation and Trafficking of Synthetic Analogues Act” authored by Rep. John Katko (R-New York), which provides law enforcement some additional tools to combat synthetic drugs. Two other bills are a discussion draft that would provide grants to help establish public health laboratories introduced by Rep. Ann Kuster, D-New Hampshire, and H.R. 449, the “Synthetic Drug Awareness Act, introduced by Rep. Hakeem Jeffries (D-New York) requiring the Surgeon General to prepare a comprehensive report to Congress on synthetic drug use among youth.

We will continue to follow developments in Washington, D.C., on this public health crisis.

For more information on this or about other topics involving the federal government, please contact the Barnes & Thornburg attorney with whom you work or Ron Miller at 202-408-6923 or ronnie.miller@btlaw.com. 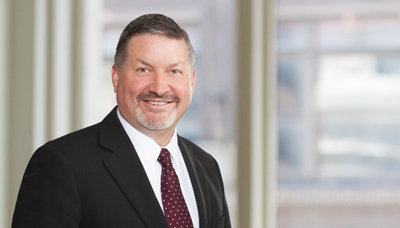