The U.S. Supreme Court resolved a circuit split in Henson v. Santander Consumer USA Inc., delivering some clarity on when the Fair Debt Collection Practices Act (FDCPA) applies and when it does not. Circuit courts of appeal had been split on whether the FDCPA applied to banks, financial institutions, and other parties that acquired defaulted loans and then tried to collect on the same loans.

In Henson, a unanimous opinion released on June 12, the Supreme Court held that a party that acquired a defaulted loan would not be subject to the FDCPA. This decision ultimately protects creditors and enhances the market to buy and sell loans, as purchasers now have a strong argument that FDCPA restrictions will not apply to them.

Santander challenged the lawsuit, asserting that under 15 U.S.C. § 1692a, Santander was a “creditor” and not a “debt collector.” Simply put, the FDCPA provides different definitions for what constitutes a creditor and what constitutes a debt collector. The FDCPA largely restricts actions of the latter, but not the former. Because Santander owned the loan, Santander argued that it was a creditor and could not be considered a third-party debt collector subject to liability under the FDCPA. Both the U.S. District Court for the District of Maryland and the U.S. Court of Appeals for the Fourth Circuit agreed with Santander.

The Supreme Court decided to hear Henson based on a split within the courts of appeals: both the Seventh Circuit, in McKinney v. Caldeway Properties, Inc., and the Third Circuit, in FTC v. Check Investors, Inc., held that the purchaser of a defaulted loan is a “debt collector” under the FDCPA. This was the opposite of the Fourth Circuit’s decision.

Although this decision may be seen as a clear win for debt buyers, the Supreme Court did identify some open areas that could leave room for FDCPA liability for debt buyers. First, the Supreme Court said it did not address the issue as to whether Santander could be liable under the FDCPA “because it regularly acts as a third party collection agent for debts owed to others.” The Supreme Court noted that this issue was not raised in the lower court by the borrower, so it would not be addressed.

Second, the Supreme Court did not address whether Santander qualified as a “debt collector” under the FDCPA as a business “the principal purpose of which is the collection of any debts.” Again, the borrower did not raise this issue in the lower court, so the Supreme Court explicitly distinguished this issue as one the Supreme Court was not considering. By noting these two exclusions from the decision, the Supreme Court laid a roadmap for any borrower wanting to bring a claim against a debt buyer for breach of the FDCPA. However, these two exceptions focus on the “regular acts” and “principal purpose” of the party seeking to collect the outstanding debt, each of which could create a difficult evidentiary hurdle for borrowers to prove.

Regardless of these two exceptions, the Henson decision could be seen as a boon for financial institutions and other parties that acquire loans – defaulted or not. Consumer advocacy groups have raised concerns with the decision, as it places an additional burden on consumers wanting to bring a claim under the FDCPA. Now, consumers will need to prove who contacted them in a questionable manner and who owned the loan at the time of the contact. The former is much easier to determine than the latter. For parties wanting to prevent and discourage FDCPA claims, this decision means that by purchasing the loan, whether in default or not, the purchaser will have the shield of Henson to stand behind and reduce, or possibly eliminate, any FDCPA claims.

To obtain more information or a copy of the decision, please contact the Barnes & Thornburg attorney with whom you work or Jonathan Sundheimer at (317) 231-7319 or jsundheimer@btlaw.com in the firm’s Finance, Insolvency and Restructuring Department. 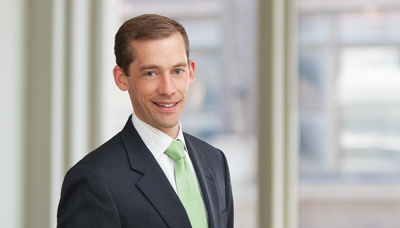