In a closely watched case, federal judge Richard M. Berman of the Southern District of New York vacated the four-game suspension handed down to New England Patriots quarterback Tom Brady by NFL Commissioner Roger Goodell. Relying on Section 10 of the Federal Arbitration Act, Judge Berman’s decision focuses in large part on the discovery aspects of the arbitration proceeding which originally confirmed Brady’s suspension. In vacating the suspension, Judge Berman strikes a blow to those who view arbitration as a low-cost alternative to the traditional expense and burden of discovery, and provides an arrow in the quiver of parties looking to employ discovery costs as leverage in their disputes.

The suspension was originally imposed after the NFL commissioned an independent investigation into whether the New England Patriots, and Brady, tampered with game-used footballs during last season’s AFC Championship Game. Brady’s appeal was initially heard through the arbitration proceedings provided for under the NFL’s Collective Bargaining Agreement, and Commissioner Goodell served as the sole arbitrator. During the proceeding, Commissioner Goodell denied Brady’s request for the files gathered and created during the independent investigation, and also denied Brady’s request to compel testimony from Jeff Pash, general counsel for the NFL. Commissioner Goodell ultimately issued an award upholding the suspension and the NFL sought confirmation of that award from Judge Berman.

In a 40- page written opinion vacating the suspension, Judge Berman not only focused on what he deemed “fundamentally unfair” discovery rulings made by Commissioner Goodell, he also relied in part on the contention that Commissioner Goodell did not provide adequate justification for those rulings, particularly with respect to his decision to preclude the testimony of Pash. By digging into the nuts and bolts of the discovery process, Judge Berman deviated from what is often viewed as the “rubber stamp” process of confirming an arbitration award. Further, by pointing to the reasoning (or lack thereof) behind the arbitrator’s individual discovery rulings, Judge Berman arguably expands the burden on arbitrators to incorporate more formality into their decisions and, in essence, second-guessed the judgment of the Commissioner in his role as Arbitrator. Parties looking to protect future arbitration awards may also now feel the need to demand more formality in the discovery process, and from their arbitrators.

At one time, arbitration was seen as a more informal, yet sophisticated, way for businesses to settle disputes and conserve resources. With the increase in filing fees, the self-expansion of powers (and processes) by the organizations who conduct arbitrations, and now rulings like Judge Berman’s, it may be time to re-evaluate that view.

The NFL already has announced its intention to appeal. This case may go into overtime.

For more information, contact the Barnes & Thornburg attorney with whom you normally work, the author of this alert Thomas Haskins at 214-258-4111 or thaskins@btlaw.com, or a member of the firm’s Entertainment, Media and Sports practice group. 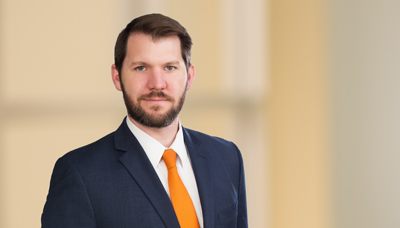