The Indiana Medical Device Manufacturers Council (IMDMC) recently held its annual meeting, which featured two high-level FDA officials, among others. Joann Givens, Acting Director for FDA’s Central Region, addressed several current topics of interest to medical device industry participants. Her first topic was the FDA’s “Case for Quality” initiative, which arose out of the FDA’s observation that despite its inspections covering compliance with the Quality System Regulations (QSRs), the number of recalls, medical device reports, and Warning Letters were not decreasing. The FDA has identified certain “barriers to quality” and factors that are “critical to quality.” The ultimate goal appears to be, after receiving input from industry, to develop a new inspection plan that covers not only the QSRs, but also the critical quality factors.

Ms. Givens next addressed the Medical Device Single Audit Program (MDSAP). The MDSAP arises out of a “Statement of Cooperation” signed by Australia, Brazil, Canada and the United States and has the goal of creating a single audit to satisfy the regulatory requirements of the regulatory and industry participants, while preserving the independence of the agencies. The hope is that the program will be less burdensome for industry participants and conserve the resources of the regulators. The pilot is scheduled to kick off in 2014.

The FDA’s ISO 13485 Program was the next topic. Since October 2012, a device manufacturer whose establishment has been audited using ISO Standard 13485 has had the option to voluntarily submit the audit report to FDA. If the report indicates that there is minimal probability – in light of the relationship between the quality system deficiencies observed and the particular device and manufacturing processes involved – that the establishment will produce nonconforming and/or defective finished devices, then FDA intends to use the audit results to determine whether the establishment can be removed from FDA’s routine inspection work plan for one year from the last day of the ISO 13485 audit.

Continuing the focus on quality and inspections, Ms. Givens turned to the Voluntary Compliance Improvement Pilot program. The goal of this program is to support device quality by promoting voluntary compliance by device firms at risk of being found non-compliant after an FDA inspection. Participating manufacturers would be allowed to enter remediation agreements to achieve improved performance and to move them from a violative state into a compliant state. Participate firms must demonstrate the ability to define problems, analyze root causes, create appropriate corrective actions, and verify that the actions taken were effective.

Finally, Ms. Givens discussed CDRH’s 2014 Work Plan. She noted that, in light of the increased number of recalls, CDRH has asked the Office of Regulatory Affairs (CDRH’s field force) to conduct 108 Class I, Level I QSIT inspections in 2014.

The afternoon session of the meeting was devoted to the FDA’s recently-released final rule on Unique Device Identification (UDI) and was kicked off by FDA’s Jay Crowley, Senior Advisor for Patient Safety. Mr. Crowley highlighted and explained several differences between the proposed rule and the final rule, which he said were generally made to simplify the rule and reduce the burden of compliance. The definition of a “labeler” was changed to any person who causes a label to be applied to or replaced or modified on a medical device with the intent that the device will be commercially distributed. “Commercial distribution” in turn is defined as any distribution of a device which is held or offered for sale, with certain exceptions such as inter-company transfers, investigational use, and, in the case of foreign establishments, when the device will not be imported into the U.S.

Mr. Crowley stated that the general rule is that the label of every medical device, and every device package, must have a UDI. A UDI has two parts, the device identifier (DI), which does not change and which is specific to a device version or model, and the production identifier (PI), which does change and which consists of one or more of the lot/batch number, serial number, manufacturing date, and expiration date.

There are several exemptions from the general rule. Class I devices do not need a PI and class I devices sold over the counter can use their UPC as their UDI. Class I devices exempt from GMP requirements are also exempt from the UDI requirement. Existing inventory, defined as a finished device packaged and labeled before the compliance date, is exempt. If a UDI is on a kit or combination product, the UDI does not have to be on the components of the kit separately or the constituent parts of the combination product. Individual single-use devices, such as bandages, can have the UDI on the package and not on each device. Manufacturers can also apply for individual exemptions.

The final rule also provides for a Global UDI Database (GUDID) that will include the following information:

For each and every Device Identifier (DI) (no PIs):

The compliance dates for the rule run from Sept. 24, 2013, the date of the final rule, as follows:

For certain devices that have to be marked directly, the compliance dates are extended by 2 years, except for the class II/I implants and life-supporting or sustaining devices which is not extended. Devices that must be marked directly include devices that are intended to be used more than once and “reprocessed” (cleaned, disinfected, or sterilized) before each use and stand-alone software.

Copies of the presentations by Ms. Givens, Mr. Crowley and the other speakers are available at the IMDMC website at www.imdmc.org.

Visit us online at www.btlaw.com/food-drug-and-device-law-practices. 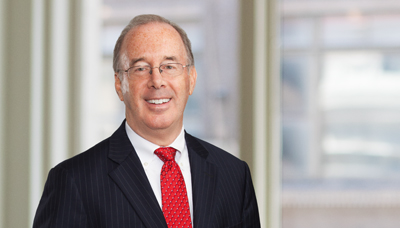