Finance, Insolvency & Restructuring Alert - Chapter 15: An Effective Aid to Foreign Administrators and Creditors for Collecting and Liquidating Assets in the U.S.

In these days of continued integration of the world economy, it is not unusual for a foreign-based business enterprise to own assets of substantial value in the United States either directly or through an affiliate. If the foreign enterprise commences an insolvency proceeding in its home country, there is substantial risk that local American creditors of the insolvent company may seek to attach these assets to satisfy their own claims to the prejudice of non-U.S. creditors. In these circumstances, foreign creditors are well-advised to approach the insolvency administrator or other representative of the foreign debtor and urge him or her to commence a case in the United States under Chapter 15 of the United States Bankruptcy Code to shield these assets from local creditor collection and foreclosure actions and preserve the value of these assets for all creditors of the foreign debtor.

It is not unusual for an administrator or trustee appointed in a foreign insolvency proceeding to be charged by the supervising foreign court with the responsibility of collecting and administering assets located in the United States. Prior to 2005, a foreign administrator could petition a United States bankruptcy court to commence a “case ancillary to a foreign proceeding” under former section 304 of the United States Bankruptcy Code (the “Code”). This provision was enacted by Congress in 1978 as part of the Bankruptcy Reform Act of that year when economic globalization was in its infancy. This provision also granted American bankruptcy courts significant discretion to either accept a foreign administrator’s petition to commence an ancillary case or to deny it altogether and many of these petitions were dismissed on various grounds. Dismissal of these petitions not only hamstrung foreign administrators in performing their duties to creditors but also injured those creditors, especially those holding liens in the American assets, by inhibiting (and sometimes prohibiting) them from sharing in these potential sources of recoveries.

In 2005, the United States Congress enacted the Bankruptcy Abuse Prevention and Consumer Protection Act which, among other things, adopted with certain language changes the Model Law on Cross Border Insolvency approved by the United Nations General Assembly in 1997 (the “Model Law”). The Model Law has been incorporated into Chapter 15 of the Code and its statutory purpose is to provide “effective mechanisms for dealing with cases of cross-border insolvency.” The goals of Chapter 15 are expressed in sections 1501(a)(1)—(5) of the Code as follows:

Chapter 15 of the Code permits a “foreign representative” appointed in a foreign insolvency proceeding to file a petition for the opening of a Chapter 15 case with a United States bankruptcy court that has proper venue for that proceeding as determined under 28 U.S.C. § 1410. In order for a foreign representative to prevail on his or her petition to open a Chapter 15 case, the bankruptcy court must make the following determinations:

These provisions of Chapter 15 of the Code were crafted to replace the discretionary test under now-repealed section 304 of the Code with an objective and mechanical test. According to one bankruptcy court applying these new principles of recognition, “the ability to provide relief to foreign petitioners [under former section 304] was largely discretionary, based on subjective factors and comity. However, with the advent of Chapter 15, courts have been divested of much of this discretion and are now directed by objective statutory guidelines.” Lavine v. Ran, 406 B.R. 277, 282 (S.D. Tex. 2009), aff’d, 2010 U.S. App. LEXIS 10882 (5th Cir. May 27, 2010). One statutory exception to granting recognition under Chapter 15 is when that action “would be manifestly contrary to the public policy of the United States.” 11 U.S.C. § 1506. However, American bankruptcy courts have generally construed this public policy exception narrowly, applying it only when the proposed action sought to be prohibited would violate the “most fundamental policies of the United States.” See, e.g., In re SPhinX, Ltd., 351 B.R. 103, 115 n. 15 (Bankr. S.D.N.Y. 2006).

In summary, Chapter 15 is designed to accomplish an overriding purpose: to preserve and protect assets of a foreign debtor located in the United States so that all creditors of that debtor may share in their value – and not just local American creditors who move quickly against those assets to satisfy their parochial claims. Foreign creditors should be vigilant and proactive by persuading foreign representatives to file Chapter 15 petitions in the United States promptly to increase the creditors’ ultimate recoveries.

For more information, contact a member of Barnes & Thornburg’s Finance, Insolvency & Restructuring Department, or one of the following attorneys: Patrick Mears at patrick.mears@btlaw.com or 616-742-3936; David Powlen at david.powlen@btlaw.com or 312-300-3435; or Timo Rehbock at timo.rehbock@btlaw.com or 312-214-4593. 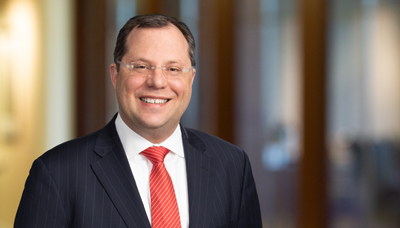