Perhaps more than any other disease, cancer remains a mystery. One of the outstanding questions is attempting to explain who will be affected by cancer. In broad strokes, the causes are well known: environmental factors, genetics and chance. What remains unknown, however, are the weights to be ascribed to each of these factors. This unknown adds a layer of complexity and unpredictability to litigation resulting from a cancer diagnosis. A recent study provides answers to these cancer causation questions that could prove very helpful to defendants in toxic tort litigation in challenging plaintiffs’ causation arguments.

In a study published in Science, a geneticist and a mathematician, both of Johns Hopkins University, sought to evaluate the role of random chance in determining the causation of cancer by creating a mathematical formula to explain the cause of cancer. The formula focuses on the total number of cells, the percentage of long-lived stem cells and the number of stem cell divisions in an organ. The ultimate finding was that the tissue with the greatest number of stem cell divisions is most vulnerable to cancer. This explains why cancer is more prevalent in certain tissues within the body.

The authors compared actual cancer data from 31 human organs and found a strong correlation between the number of stem cell divisions in that organ and the risk of cancer in that organ. Twenty-two of the 31 different types of cancer they studied could largely be explained by “bad luck,” or the random chance of cell division, without reference to environmental factors. Of the nine cancers that could not be primarily explained by chance, heredity played an important role as well as personal risk factors, such as smoking for lung cancer and sun exposure for skin cancer. This research, which suggests that random chance and heredity both play significant roles in cancer causation, provides evidence that environmental factors may play a less prominent role in explaining why cancer develops in certain tissues than was previously believed.

In this study, the correlation of the rate of cell division and the prevalence of cancer remained over 10,000 different simulations of this model. One of the authors concluded that the theory could explain up to two-thirds of the variability in cancer rates among various tissues in the body. The scientific and medical communities continue to debate the exact contours of this data and the precise impact and limitations of this study. For one, to this point, the research has been broadly focused, evaluating cancer risk between tissues, not between persons. Nevertheless, studies like this can still have a clear impact on litigation.

Cancer plaintiffs have always faced the burden to prove causation—that their disease was caused by an environmental factor. Because cancer, broadly speaking, has only three possible causes, any evidence that the weight of one predominates over the others make proving causation even more difficult. This study, which elevates the role of random chance in causing cancer within certain tissues, creates an even more difficult causation argument for a cancer plaintiff, who can only prevail by proving environmental factor causation.

Studies like this will not make cancer litigation go away. It is only natural that a cancer plaintiff would be hesitant to accept that the disease was caused by random factors, and seek instead to blame outside factors. Of the three possible causes, only one, an environmental factor, can possibly lead to liability. Thus, plaintiffs will continue to argue that environmental factors are the cause of their disease. However, in light of this new evidence, plaintiffs who do so must contend with scientific evidence suggesting random cell division plays a prominent role in predicting which tissues in the body are more susceptible to cancer. While plaintiffs may not accept these findings, it is powerful evidence that can be used to persuade judges and juries that environmental factors are not the most likely cause of cancer in a particular case.

The study was published in Science magazine’s January 2, 2015 issue. The abstract is found at http://www.sciencemag.org/content/347/6217/78. The full text is free only for Science subscribers. A summary of the study titled “The bad luck of cancer,” published in Science January 2, 2015 is found at http://www.sciencemag.org/content/347/6217/12.summary. Again, the full text is free only to subscribers. The article and the summary created significant controversy, addressed by a Johns Hopkins Univ. press release by the authors, freely available at http://www.hopkinsmedicine.org/news/media/releases/bad_luck_of_random_mutations_plays_predominant_role_in_cancer_study_shows. The author of the initial summary published a later follow-up story addressing the controversy seeking to clarify the study’s findings, freely available at http://news.sciencemag.org/biology/2015/01/bad-luck-and-cancer-science-reporter-s-reflections-controversial-story. All of these sources were referenced in creating this article.

For more information about this topic and the issues in this article, please contact David Dirisamer in our Columbus office at (614)-628-1451 or david.dirisamer@btlaw.com. 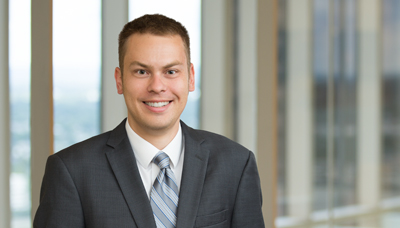