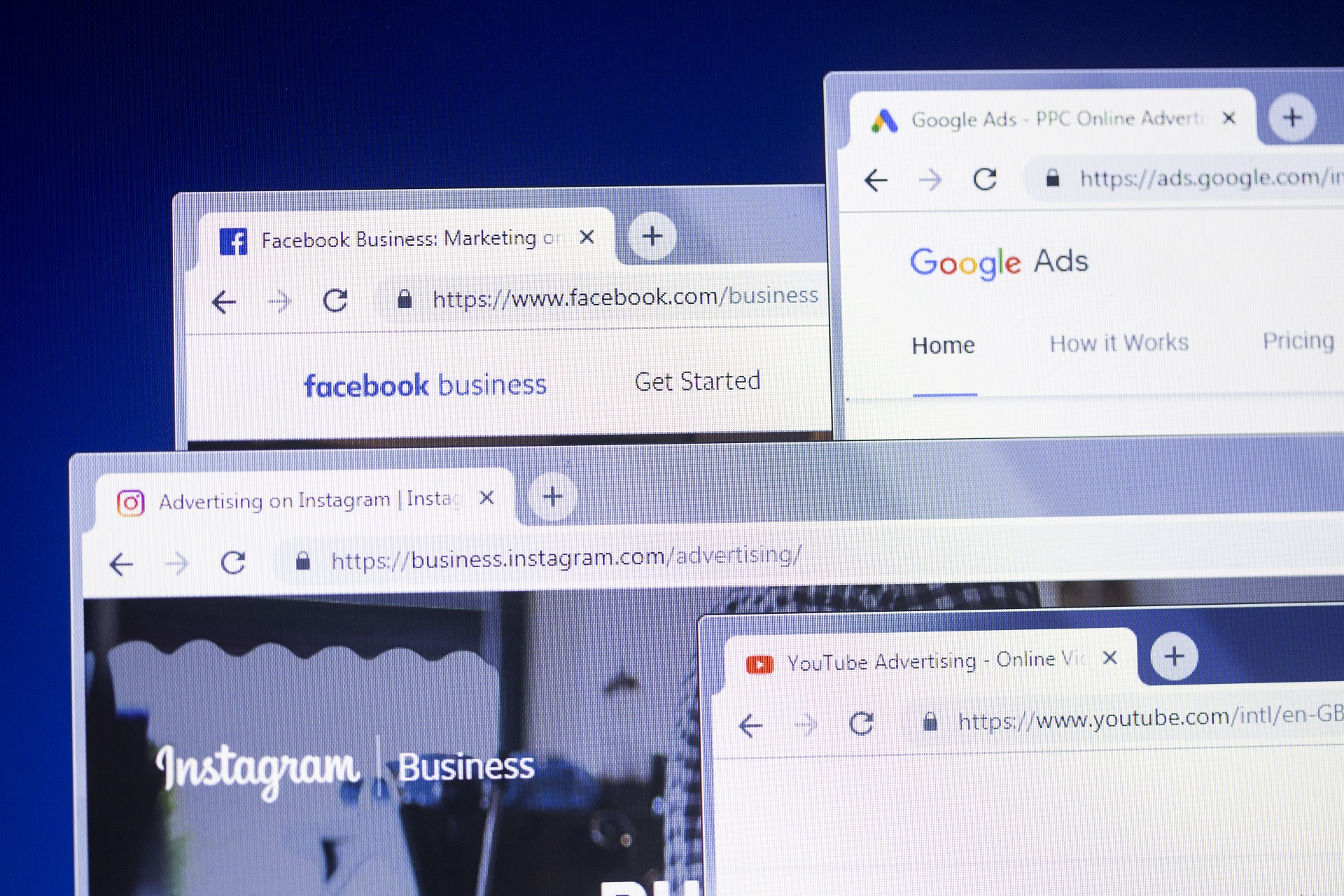 Earlier this summer, Senator Elizabeth Warren floated an intriguing idea for expanding the regulatory remit of the U.S. Commodity Futures Trading Commission (CFTC), a smallish federal agency usually associated with agricultural and financial derivatives like wheat futures and interest rate swaps. The idea was proposed in a June 28 letter from Senator Warren to Rostin Behnam, the acting chairman of the CFTC. The senator’s bid to expand the CFTC’s jurisdiction has to do with advertising intermediaries called “ad exchanges,” which Senator Warren’s letter describes this way:

According to Senator Warren, these exchanges are, for all intents and purposes, unregulated, and also riddled with abuse. “The problem,” she says, “is that for more than a decade, [a single company] has controlled the dominant ad exchange, the dominant ad-buying tools, and the dominant ad-selling tools. The situation has been ripe for manipulation, and there is now strong evidence that [the company] has taken advantage of its position.”

If true, this state of affairs would be worrisome all by itself. As recounted in the letter, though, the situation is apparently darker still. According to “revelations,” there exists a “secret . . . program” called “Project Bernanke” deployed through the company’s ad exchange to gather data from market participants and give the company’s in-house “ad-buying systems . . . an advantage over their ad-buying competitors.” As you may have guessed, the reason the company allegedly launched Project Bernanke is to make money. Senator Warren believes that it “made hundreds of millions of dollars every year through its secret market-abuse strategy.”

And it’s the whiff of market abuse that brings us to Senator Warren’s proposal to acting chairman Behnam. The senator believes that “digital advertising likely falls within the CFTC’s mandate” because it comes within the definition of the term “commodity” found in the CFTC’s governing statute, the Commodity Exchange Act. If she’s right, digital advertising and ad-buying systems would be subject to CFTC regulation, and also to the scrutiny of the CFTC’s enforcement lawyers and investigators.

Is she right? More to the point, is digital advertising a segment of the economy the CFTC should be wading into?

Is Digital Advertising a Commodity?

Senator Warren’s request to have the CFTC look into ad markets stems from her belief that “digital advertising impressions” like those traded on ad exchanges are commodities, as that term is defined in the Commodity Exchange Act, and therefore fall within the CFTC’s jurisdiction for many (but not all) regulatory purposes. In support of this view, she correctly observed that “[t]he CFTC has a long, successful track record of bringing new, previously unimagined markets under its jurisdiction, such as futures based on specific weather events . . . . In recent years, the CFTC has successfully argued that the [Commodity Exchange Act] grants jurisdiction to regulate cryptocurrencies like Bitcoin as well.”

On the face of it, her analysis seems to be correct. The Commodity Exchange Act defines the term “commodity” broadly to include not only the sort of items we typically think of as commodities – things like eggs, cotton, livestock, and soybeans – but also “all other goods and articles . . . and all services, rights, and interests . . . in which contracts for future delivery are presently or in the future dealt in.” It’s hard to see where this definition ends, and the buying and selling of digital advertising could be construed to fall within it. Certainly the CFTC, which is always happy to extend its regulatory reach, would probably interpret it that way.

And if digital advertising impressions are commodities that come within the definition of that term in the Commodity Exchange Act, the CFTC would, for example, have the authority to sue market participants for engaging in fraudulent and manipulative conduct in the markets where the impressions trade. CFTC Rule 180.1, which was part of the authority granted to the CFTC pursuant to the 2010 Dodd-Frank Act, makes it unlawful for “any person” to employ “any manipulative device, scheme, or artifice defraud” in connection with the sale of “any commodity.” As noted above, it is precisely the CFTC’s anti-manipulation authority that Senator Warren would like to enlist in her crusade against what she believes to be an outlaw commodities market. At a minimum, labeling digital advertising impressions “commodities” would allow the CFTC to issue subpoenas and otherwise investigate what’s going on with ad exchanges.

In her letter, Senator Warren cited a number of court cases to support her argument that the CFTC has authority to regulate ad exchanges. The most analogous to digital advertising impressions, CFTC v. My Big Coin Pay, Inc., dealt with whether virtual currency should be considered a commodity under the Commodity Exchange Act. According to the CFTC’s lawsuit, virtual currency My Big Coin marketed itself using several false statements, including that the currency was backed by gold, was usable anywhere MasterCard was accepted, and was actively traded on currency exchanges. Citing the definition of “commodity” in the Commodity Exchange Act, the defendants argued that because “contracts for future delivery” for My Big Coin are not currently “dealt in,” the currency is not a commodity subject to the CFTC’s jurisdiction.

The judge, however, pointed out that there already exists futures contract trading in other virtual currencies (like Bitcoin), so futures contracts written on My Big Coin could, in the language of the Commodity Exchange Act, “in the future [be] dealt in” and the cryptocurrency was therefore a commodity subject to the CFTC’s enforcement authority. Cryptocurrencies are not exactly the same as digital advertising impressions, of course, but the distinctions between them don’t matter much for the purposes of the broad definition of “commodity” in the Commodity Exchange Act. Like cryptocurrency, there’s no obvious reason why one could not write a futures contract based on the price of digital advertising impressions.

Moreover, there are some parallels between the kind of misconduct that can occur on ad exchanges and futures exchanges, which have always been the CFTC’s regulatory bread and butter. In recent years, the CFTC has brought numerous “spoofing” cases against companies and individuals that have allegedly manipulated the markets for futures contracts by posting and then quickly cancelling orders to buy or sell such contracts, thereby intentionally sending false signals of supply and demand to deceive other market participants.

In similar fashion, some observers believe that “domain spoofing” occurs on ad exchanges, a practice whereby bogus ad supply is offered to buyers who use the exchanges. A market participant theoretically enters an order to buy advertising on a website and domain that seems legitimate based on a look-alike name of a legitimate website (for example, “nbc” or “wsj” which look like NBC.com and WSJ.com), but is not.  The advertiser is misled into bidding on these contracts based on the belief that their ads will be posted on NBC’s or WSJ’s websites, but in reality they are domains for websites that have no human viewers and no content.

In this scenario, the domain spoofer will get paid, like any other supplier on the ad exchange, through its sale of ad inventory. The ad buyer will get nothing. In 2018, the Department of Justice’s National Security and Cybercrime Section indicted several individuals in United States v. Alexsandr Zhukov, a case targeting international cybercriminal rings engaged in ad spoofing that allegedly caused tens of millions of dollars in advertiser losses. This type of market chicanery is the sort of thing the CFTC has been policing for years, and the agency is now even better equipped to handle it with provisions like Rule 180.1.

Assuming the CFTC probably could regulate digital advertising impressions and the markets they trade in, is it a good idea? There are at least three reasons why it isn’t. First, the CFTC is notoriously and chronically underfunded, and has not even been able to assimilate the large slug of new regulatory authority Congress assigned it in the Dodd-Frank Act – and that was ten years ago. The agency, which is a fraction of the size of its closest cousin, the Securities and Exchange Commission, has all it can do to handle the Ponzi schemes, Forex frauds, routine market oversight duties, new and beguiling “decentralized finance” issues, and other work more closely related to the CFTC’s historical mission. Putting still more jurisdiction on its plate is not likely to improve the quality or quantity of the important work it does.

Second, there are other federal agencies whose work and history make them much better suited to deal with advertising abuses. The Consumer Financial Protection Bureau comes to mind – the agency has rules specifically geared toward preventing deceptive advertising practices in connection with retail products like mortgages and depository accounts. Similarly, the Federal Trade Commission has a whole raft of rules prohibiting fraudulent advertising practices, including internet advertising. And, of course, if the problem is serious enough, the Department of Justice will get involved. While these agencies may not yet have keyed into the peculiar nuances of ad markets, which are not all that well known, given their histories (and budgets), they are in a better position to craft a regulatory response to any abuses those markets present.

At bottom, derivatives markets, which are what the CFTC regulates, are designed to help financial firms and real-economy market participants reallocate (hedge) the risks inherent in their businesses to others who are better able or more willing to bear them. The CFTC is not primarily concerned with the buying and selling of the underlying commodities that derivative products are based on, which takes place in the “spot” or “physical” markets. Buying and selling ads, even if it does occur on an exchange, does not involve any of the traditional risk-shifting features that are the hallmark of derivatives; it is more akin to spot trading of actual commodities – far closer to used car sales than U.S. Treasury swaps. And this difference provides the third and most compelling reason why the CFTC should not get involved in the regulation of advertising markets: the subject matter it just too far removed from what the agency does best. It lacks the expertise and institutional knowledge to engage with ad markets effectively, and has no reason to start learning how to do so now, when there are other capable regulators that have already been handling that job for years.

Guest author Jessica Harris is senior vice president at Monument Economics Group in Washington, D.C. Before joining the firm, she was a senior trading investigator at the U.S. Commodity Futures Trading Commission and a field supervisor at the National Futures Association.

ESG Investing Guidance from the U.S. Securities and Exchange...

FINRA Examiners to Focus on Brokers with Histories of Discipline

View Subscription Center
RELATED TOPICS
Commodity Futures Trading Commission
commodity exchanges
Department of Treasury
Digital assets
TOP
Trending Share Connect
We use cookies on this site to enhance your user experience. By clicking any link on this page you are giving your consent for us to use cookies.
View Our Privacy Policy
BARNES & THORNBURG EMAIL DISCLAIMER