On May 30, 2014, the Illinois General Assembly passed House Bill 2427, which unlocks $30 million of roughly $54 million in existing state funds for investment in new renewable generation. The $30 million comes from the Renewable Energy Resources Fund (RERF), which is administered by the Illinois Power Agency (IPA). The $30 million is anticipated to be targeted at solar generation, with a focus on “distributed” solar generation, or generation with a name-plate capacity of less than two megawatts. To date the IPA has only made one procurement using the RERF and committed less than $3 million, even though the RERF is anticipated to grow to nearly $130 million this September.

The RERF is funded by Alternative Retail Electric Suppliers (ARES) who pay into the fund as partial compliance of Illinois’ renewable portfolio standard on behalf of their customers. Due to statutory language that did not anticipate the dramatic success of ARES securing “mass market” customers, the IPA has had a limited opportunity to spend the RERF. House Bill 2427 removes the statutory barrier for $30 million of the RERF and sets out a very specific procedure for the IPA to procure solar resources by June 2015.

An upshot of Illinois’ unique system is that project developers, including renewable project developers, cannot simply approach Illinois utilities for a power purchase agreement. Instead, acting on behalf of utility customers or using the RERF, the IPA must run competitive procurements for renewable energy. In those competitive procurements, all bidders agree in advance to standard contract terms developed by the IPA, and may only bid a price. Furthermore, the IPA is only likely to be able to purchase renewable energy credits generated by the new renewable facilities, leaving the economic benefit of the energy to the property owners and developers. Under House Bill 2427, the IPA will likely run Illinois’ first ever competitive procurement for solar-fueled distributed generation.

Because of Illinois’ system and the new territory the IPA must cover, stakeholders are advised to participate in the process from an early stage to ensure the procedure and standard contract terms fit with the stakeholders’ business model. This process is anticipated to begin with stakeholder meetings even before the governor takes action on the bill. Likely stakeholders include distributed generation developers, property owners, and financial institutions. Because the IPA procurement process is based on a competitive bid (not recovery of costs) and energy highly likely to be excluded, stakeholders are advised to interact with the IPA bidding process and with each other. Early involvement will be critical for stakeholders seeking to protect their own interests and ensure the bidding process is compatible with their business model.

The General Assembly has 30 days to present the governor with the bill. After receiving the bill, the governor has 60 days to sign or veto it. In Illinois, the governor may simply veto the bill or execute an amendatory veto, which allows the governor to alter the language of the proposal—including a wholesale rewrite. If the governor takes no action, the bill will become law. At this time, the governor is expected to sign the bill. Barnes & Thornburg will continue to monitor House Bill 2427 as it takes its final steps to becoming law. 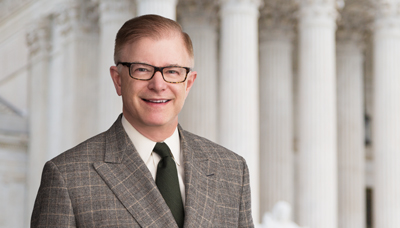