The Indiana Business Corporation Law provides a corporation desiring to wind up its affairs and dissolve as a legal entity with significant benefits and legal protections not available under Delaware’s General Corporation Law.

Practitioners would be well served to look beyond Delaware law when contemplating the dissolution of a Delaware corporation and should consider re-domesticating to Indiana via a relatedparty merger prior to dissolution.

Even though many states have established corporate laws and precedent that are more favorable to corporations than Delaware law, the sophistication of Delaware courts and legal precedent in corporate governance matters typically provide a compelling justification for incorporation in Delaware over other states.

However, many benefits provided by Delaware law for the nuanced and efficient resolution of corporate governance matters are absent when it comes to corporate dissolution.

A corporation seeking to dissolve as a legal entity is concerned mainly with efficiently resolving its affairs and gaining certainty regarding its liabilities and the distribution of its remaining assets. Indiana law provides significant benefits in both areas when compared to Delaware law.

Perhaps most important, Indiana law provides a mechanism through which corporations can limit post-dissolution liabilities with respect to known and unknown creditors.

This aspect of Indiana law is particularly relevant to corporations that have concerns regarding future unknown liabilities at the time of dissolution.

Indiana law permits a corporation with contingent liability exposure to avoid such exposure in a manner that statutorily bars claims by unknown creditors two years after dissolution.

Additionally, Indiana law limits the time during which a corporation must evaluate its post-dissolution liabilities.

This limitation provides corporations with increased certainty regarding the amount of money they should retain post-dissolution and the timing for the eventual release of such funds.

Finally, Indiana law provides a process by which corporate dissolutions can be completed in a matter of days, significantly reducing legal fees and the amount of time required to execute the process.

Under Delaware law, a corporate dissolution becomes effective when a certificate of dissolution is filed with the Delaware secretary of state or on the date specified in the certificate.

A dissolved Delaware corporation generally continues to exist for three years after dissolution to allow it to wind up its business. A court can order the corporation’s continued existence beyond that time so the firm can prosecute or defend claims or proceedings brought during the three-year period.

A Delaware corporation may follow one of two methods of winding down its business and dissolving as a legal entity. In either case, it must pay or make reasonable provisions to pay all claims and obligations against it.

The first method is a court-supervised process by which a Delaware Chancery Court reviews the terms and conditions of a corporation’s dissolution. This process requires the provision of dissolution notices to all known creditors and a review of the corporation’s determinations concerning its remaining assets and liabilities.

The second method does not require court supervision. Instead, the corporation must only establish and comply with a plan of distribution that it adopts.

Any assets that remain after the payments (or provisions for unknown future payments) have been made are to be distributed to the corporation’s shareholders.

The court-supervised method provides greater certainty about the reasonableness of the provisions made for further payments. It also provides corporations and their directors and shareholders with greater overall protection, since a Delaware Chancery Court reviews those determinations. However, this method involves a complex procedure that places additional burdens on the dissolution process.

Notably, the court-supervised process increases both the costs and time required to dissolve a Delaware corporation. Complying with the process and dealing with issues that may arise require payment of potentially significant legal fees. Additionally, the process takes relatively long to complete and will delay any final distribution of corporate assets.

TA court-supervised review may significantly reduce uncertainty about the reasonableness of a corporation’s determinations with respect to provisions for future liabilities.

Unlike in the court-supervised method in which a Delaware Chancery Court determines the adequacy of assets set aside by the corporation for pending and contingent claims, under the second method a corporation’s board of directors must make that determination themselves and without the imprimatur of a Delaware court.

This concern is exacerbated by the fact that Delaware law requires corporations to make reasonable provisions for unknown and contingent claims covering a 10-year lookforward period.

Corporations may have difficulty accurately evaluating such contingent risks for such a long period. Therefore, while forgoing the court-supervised process is less complex and demanding in some ways, it increases the risk of liability in the event that distributions are not evaluated correctly.

Besides filing the article of dissolution, the corporation must provide notices to three other state agencies: the Department of Revenue, the Department of Workforce Development and the attorney general’s office.

No court-supervised dissolution process exists in Indiana, and no independent review by any state agency is required.

Furthermore, Indiana law allows a corporation to proactively dispose of both known and unknown claims and liabilities. Disposal procedures vary; they depend on whether the claimant is known to the corporation at the time of dissolution.

If the amount of the claim is not disputed by the known claimant within 60 days after such notice, the amount is fixed.

In addition to timely resolving known claims against the corporation, a corporation may bar future unknown claims by claimants brought more than two years from the date of dissolution.

At any time after the effective date of a corporation’s dissolution, it may publish a legal notice of its dissolution in an Indiana newspaper and request that claimants provide notice of any unknown claims against it.

Unknown claims are statutorily barred unless the claimant commences a proceeding to enforce the claim against the corporation within two years of the publication of the newspaper notice.

While a corporation is still required to consider the risk of unknown claims in the future, the two-year time limitation makes this analysis considerably less complicated.

Moreover, the two-year limitation provides far greater certainty regarding the timing of future distributions and does not require the corporation to continually reassess those calculations.

However, a shareholder’s total liability for all unknown claims may not exceed the total amount of assets distributed to the shareholder.

Instead of dissolving a Delaware corporation under Delaware law, a corporation can take advantage of the numerous benefits provided by Indiana law by conducting a related-party merger.

A Delaware corporation can achieve this by forming a wholly owned subsidiary in Indiana and then merging into the subsidiary, with the Indiana subsidiary serving as the surviving entity in the merger.

The formation of the Indiana subsidiary and the subsequent related-party merger can be completed within a few days of the approval by the corporation’s board of directors and shareholders.

After the merger is complete, the Indiana corporation, as the sole remaining entity after the merger, can immediately dissolve in accordance with Indiana law.

By dissolving as an Indiana corporation, the surviving entity will dissolve under Indiana law and be afforded all the benefits of Indiana law.

Most significantly, the corporation can bar claims by unknown creditors by providing notice in an Indiana newspaper of general circulation in the county where the corporation’s principal or registered office is located.

Moreover, Delaware law provides significantly less certainty regarding the potential post-dissolution liability of a corporation’s shareholders and the timing of future distributions.

Finally, while Delaware’s court-supervised dissolution procedure increases such certainty, it adds both time and cost.

Indiana law provides protections to corporations and their directors and shareholders without the need to endure a court-supervised process.

Moreover, Indiana law significantly reduces uncertainty with respect to post-dissolution liabilities and the treatment of corporate assets. By taking advantage of the procedures established by Indiana law to extinguish both known and unknown creditors, corporations can proactively reduce exposure and uncertainty.

Such uncertainty is further reduced by the limited two-year post-dissolution period. On the other hand, Delaware law requires corporations to consider potential exposure for 10 years.

The significantly shorter post-dissolution time period during which a corporation is subject to unknown and contingent claims under Indiana law is a significant and important distinction between Indiana and Delaware law.

The dissolution procedures available under Indiana law have numerous additional advantages as compared to the procedures imposed by Delaware law, including reduced costs and greater certainty for corporations and their directors and shareholders.

Michael P. Gieger is an associate with Barnes & Thornburg in Indianapolis, where he concentrates his practice on complex corporate transactions, including mergers, acquisitions, divestitures, joint ventures, commercial contracts and related general corporate matters.

Reprinted with permission from the July 11, 2019, edition of Westlaw Journal Bankruptcy. ©2019 Thomson Reuters. Further duplication without permission is prohibited. All rights reserved. 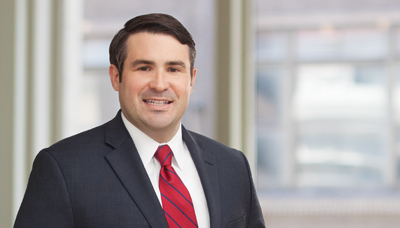