U.S. Supreme Court decides it will “hold the government to its word” that land in Eastern Oklahoma guaranteed to Native Americans in centuries-old treaty is still part of the reservation

Even though the government disregarded the treaty at times, those actions did not undermine the treaty’s overall validity

Because Congress never explicitly withdrew the promised reservation, that Oklahoma land is still part of a reservation for the Creek Nation and four other tribes

On July 9, the U.S. Supreme Court decided in McGirt v. Oklahoma that it would “hold the government to its word” and confirmed that land throughout eastern Oklahoma reserved for the Creek Nation since the 1800s is Native American territory.

This case, which arose under the Major Crimes Act, asserts that promises Congress made under centuries-old treaties with Native Americans must be preserved.

Justice Neil Gorsuch wrote on behalf of the 5-4 majority, which held that Congress never disestablished the land in question as a reservation, and that it is the federal government, not the state government, which can prosecute major crimes committed by tribal members on tribal land.

The Supreme Court’s decision that government actions that at times ignored the treaty did not undermine the treaty’s promises is highly significant – solidifying that “federal treaties and statutes are still the supreme Law of the Land.”

In ruling that the Creek Nation’s reservation remains Indian country, and was not disestablished despite the fact that Congress “sometimes restricted and other times expanded the Tribe’s authority,” the court sided with the appeals court. Two 19th Century treaties had promised the Creek people their reservation in exchange for the Creek being pushed out of their homeland. Though Congress did “diminish” the reservation at times, Justice Gorsuch wrote that “the federal government promised the Creek a reservation in perpetuity…over time.”

He continued, writing that “Congress has never withdrawn the promised reservation,” and the majority’s holding reflects the fact that “once a federal reservation is established, only Congress can diminish or disestablish it” with “a clear expression of congressional intent.”

This ruling has significant implications for jurisdictional disputes in criminal cases involving tribal members, and most significantly, what counts as tribal land, which may have substantial consequences for tribal sovereignty. Five tribes – the Creek, Cherokee, Choctaw, Seminole and Chickasaw – hoped for a ruling that would respect the sovereignty of their land in Eastern Oklahoma, which is almost 19 million acres.

In addition, the ruling opens the door for addressing promises from other treaties over disputed tribal territories, possibly altering the balance of state and tribal land throughout the United States. The Supreme Court holding the government to its promises to the Creek people is a historic victory for tribes, and it emphasizes the importance of holding Congress accountable for the promises it makes.

To obtain more information, please contact the Barnes & Thornburg attorney with whom you work or Erika Weiss at 616-742-3984 or erika.weiss@btlaw.com or Jeff Davis at 616-742-3980 or jeff.davis@btlaw.com. Corinne Conway also co-authored. 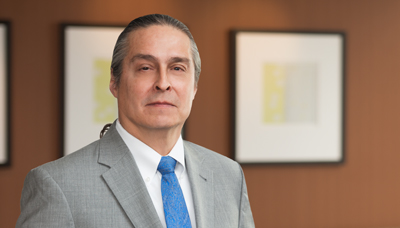 U.S. Supreme Court Concludes that in Trademark Registration, the Customer Is King (or Queen)