Controversy apparently has not followed Justice Brett Kavanaugh to the U.S. Supreme Court. On Jan. 8, the Supreme Court issued its first opinion authored by the court’s newest justice, which resulted in a 9-0 decision involving the Federal Arbitration Act. The case resolved a split among federal courts of appeal on whether a “wholly groundless” exception to the arbitration act exists, allowing lower courts to decide whether a dispute is subject to arbitration or not. The Supreme Court held no such exemption exists.

The case involved a dispute between a dental equipment manufacturer and its distributor. The distribution agreement between the parties contained an arbitration provision applicable to disputes arising under the agreement “except for actions seeking injunctive relief.” The distributor filed a lawsuit in federal district court in Texas, alleging violations of federal and state antitrust laws and seeking both money damages and injunctive relief.

The U.S. Court of Appeals for the Fifth Circuit and other federal appeals courts had recognized a wholly groundless exception to the Federal Arbitration Act. Those courts had held that even when a contract assigns the threshold question of arbitrability to an arbitrator, the court, rather than an arbitrator, should decide the threshold arbitrability question and if, under the contract, the argument for arbitration was wholly groundless. Those courts reasoned that such an exception enables courts to block frivolous attempts to transfer disputes from courts to arbitrators.

The question, then, for Justice Kavanaugh and his colleagues was “whether the ‘wholly groundless’ exception is consistent with the Federal Arbitration Act.” The court unequivocally held it is not, stating that “[w]hen the parties’ contract delegates the arbitrability question to an arbitrator, the courts must respect the parties’ decision as embodied in the contract.”

The distributor argued that a number of policy reasons support the existence of an exception when the basis for sending a dispute to an arbitrator appears to be wholly groundless. The court found none of the arguments convincing. Justice Kavanaugh wrote that “[t]he exception is inconsistent with the statutory text and our precedent,” and that “[I]t confuses the question of who decides arbitrability with who prevails on arbitrability.”

This case is significant because it highlights the strong preference for enforcing agreements to arbitrate and clarifies who must decide the threshold issue of whether a dispute is subject to arbitration.

For more information, please contact the Barnes & Thornburg attorney with whom you work or Joseph C. Chapelle at (317) 231-7209 or joe.chapelle@btlaw.com. 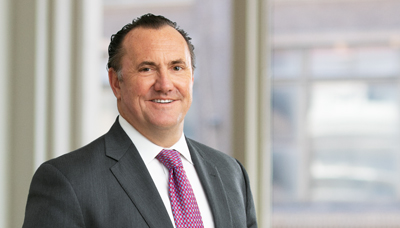