We have previously written about decisions requiring a manufacturer to warn about dangers in other manufacturers’ products. See 9/6/12 Toxic Tort Alert – Supreme Court Expands Manufacturer’s Duty to Warn. Unfortunately, an Illinois federal court recently issued another such decision.

In Quirin v. Lorillard Tobacco Co., a judge of the United States District Court for the Northern District of Illinois found an issue of fact for a jury to determine whether a valve manufacturer had a duty to warn regarding asbestos-containing gaskets and packings used in the field to replace the manufacturer’s original components. Ronald Quirin died of mesothelioma in 2013, allegedly due to asbestos exposure. Before he died, Quirin testified in deposition that while serving in the Navy as a machinist mate aboard the USS Tolovana from 1954 to 1957, he had to repair valves that no longer sealed properly. The ship was built during World War II. As an expert for the plaintiff, a Navy captain testified that he reviewed the ship’s original construction documents indicating that it had over a thousand valves manufactured by defendant Crane Co. Both the Navy captain and a medical expert for the plaintiff opined that the Crane valves originally included asbestos-containing gaskets and packing. All the original gaskets and packings in the valves had been replaced by the time Quirin boarded the ship, and there was no direct evidence of the manufacturers or content of any of the replacement materials that Quirin removed or installed. The court nevertheless found sufficient evidence for a reasonable jury to conclude that Crane’s valves required asbestos-containing components to function in the high-heat application for which they were marketed. The court held that Crane therefore could have owed a duty to warn about asbestos-containing replacement parts, whether supplied by Crane or by someone else.

The court did not address the fact that the Navy specified all the materials used aboard its ships and that, even if warned, Quirin could not have refused an order to repair the valves using the only gaskets and packings on board. But those points are not the focus of this alert.

The Quirin decision directly conflicts with O’Neil v. Crane Co., a 2012 decision by the California Supreme Court that also involved Crane valves on a Navy ship. The O’Neil decision cautioned against requiring a manufacturer to anticipate hazards in products made by other companies over which the defendant manufacturer has no control. In addition to liability far beyond any moral culpability of the manufacturer, the O’Neil court was concerned that the duty could lead to a variety of vague and inconsistent warnings that would be useless to the user of the product. These problems are magnified with a material such as asbestos, which typically takes decades to cause any illness, while many defendants did not actually know there was any danger when asbestos was being used. Under Quirin, a manufacturer could sell a product today and be held liable many years later because of a hazard eventually discovered in another company’s product that would be used in connection with the defendant manufacturer’s product. The potential consequences are staggering.

Importantly, the Quirin decision is not binding precedent in any other case in any jurisdiction. It is only an interim decision in a federal trial court applying maritime law. Nevertheless, manufacturers and other potential defendants should watch for cases alleging similar liability theories and prepare to defend such cases vigorously.

For more information, contact the Barnes & Thornburg attorney with whom you work, or the following member of the firm’s Toxic Tort practice group: Kenneth M. Gorenberg at 312-214-5609 or kenneth.gorenberg@btlaw.com. 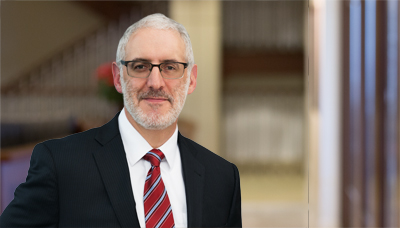 Litigation
Toxic Substances and Other Torts