On Oct. 25, 2013, new Pipeline and Hazardous Materials Safety Administration (PHMSA) regulations went into effect that increase civil penalty maximums and update the informal hearing and adjudication process for pipeline enforcement matters. Pipeline Safety: Administrative Procedures; Updates and Technical Corrections, Final Rule, 78 Fed. Reg. 58,897 (Sept. 25, 2013). Under the new rules, the maximum penalty for a single violation increases from $100,000 to $200,000, and the maximum penalty for a related series of violations increases from $1 million to $2 million. The new civil penalty maximums apply to violations that occur after Jan. 2, 2012. PHMSA enforcement actions have been steadily increasing over the last several years, and according to the agency’s website, proposed civil penalties have been higher so far in 2013 than in any prior year. With revised civil penalty maximums now in place, proposed penalties in 2014 could be even higher.

While the increase in civil penalty maximums is significant, the bulk of the rule-making concerns new procedural requirements for investigations, warning letters, and the administrative hearing process. The rules now give PHMSA authority to issue requests for information at any time, whereas previously, requests for information could only be issued pursuant to an inspection. The time for responding to such requests has also been reduced from 45 days to 30 days.

With respect to warning letters, the preamble to the new rules explained that such letters may be sent for probable violations, are final when issued, and are not subject to a hearing process. Trade groups commenting on the proposed regulations asserted that warning letters can influence a future civil penalty assessment, so PHMSA should allow for increased due process. PHMSA responded that it was allowing operators to submit information in response to the warning letter, but it would not allow adjudication of the issues. The rule’s limitation on due process for warning letters could be considered at odds with the Supreme Court’s Sackett v. E.P.A., 132 S. Ct. 1367 (2012) decision, which allowed a landowner to seek judicial review of an EPA compliance order.

PHMSA also clarified the procedures for “corrective action orders” in the rulemaking, which the agency issues where a pipeline facility “is or would be hazardous to life, property, or the environment,” and which require facilities to take various actions including suspending or restricting use of the pipeline facility. PHMSA may issue a corrective action order without notice and opportunity for hearing when “the failure to do so would result in the likelihood of serious harm to life, property, or the environment.” However, the new rules clarify that a respondent has the right to a prompt hearing after issuance of the corrective action order (arguably consistent with Sackett).

At the administrative hearing stage, the rule further delineates and separates the PHMSA personnel responsible for investigation and enforcement from the Presiding Official who renders a judgment at the hearing. For example, ex parte communications with the Presiding Official are now prohibited under the rule. The rule also amends the manner in which evidence is exchanged for a hearing. All evidence must be exchanged at least 10 days prior to a hearing, including evidence in PHMSA’s possession that was not included in the violation report. However, the Presiding Official can waive or modify that deadline if there is “good cause.” PHMSA justifies the rule by noting that the violation report will usually contain all of the evidence against a party, and the violation report is often available well in advance of a hearing – although this would not necessarily include exculpatory or mitigating evidence.

After the Presiding Official issues an Order deciding a case, the rule notes that parties may either seek reconsideration within 20 days of receiving the Order, or the party may file for judicial review no later than 89 days after the Order is issued.

It will be important for parties who are subject to PHMSA enforcement actions or information requests to quickly evaluate their response options under these new procedures. This is especially true in light of the potential for higher civil penalties and the reduced time frame for responding to information requests under the new rule.

An electronic copy of the rule is available online here.

Owners, operators, developers and users of natural gas, petroleum, product and other pipelines turn to the multi-disciplinary Barnes & Thornburg Pipeline Practice Team for skilled legal representation in this highly regulated industry. Barnes & Thornburg’s Pipeline Practice Team has in-depth experience with all facets of federal and state regulation of pipelines, including siting, integrity management, operations and compliance, incident response and litigation, and governmental investigations and enforcement actions. 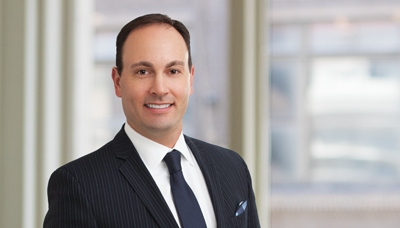