The 360,000-square-foot, 128-bed hospital, called Centegra Hospital-Huntley, will be only the second project of its kind approved and built in the last 35 years in the Chicago metropolitan area.

Barnes & Thornburg partner Dan Lawler, who represented Centegra before the Review Board and in the circuit court, said this recent court victory is historic. “The Review Board has only issued three acute care hospital permits for non-replacement facilities since the 1970s, one permit was reversed in court, and another was unopposed. This is the first new acute care hospital permit to be affirmed in the circuit court.” Lawler said.

Centegra Health System is a leading regional healthcare provider with nearly 4,000 medical professionals who meet the needs of the McHenry County community.

“We appreciate the judge’s thoughtful review of the state’s decision and look forward to moving into the construction phase of our Centegra Hospital-Huntley project,” said Michael S. Eesley, chief executive officer of Centegra Health System. “In a comprehensive 16-page decision, the judge ruled in our favor on every substantive and procedural issue raised by the three separate complaints of our opponents Mercy Alliance, Advocate Hospital and Health Corporation and Sherman Hospital, now Advocate Sherman Hospital. The judge also dismissed all three of their complaints.”

The ruling ends a year-long battle in the circuit court that began in August 2012 after the Review Board approved the project.

With more than 600 attorneys and other legal professionals, Barnes & Thornburg is one of the largest law firms in the country. The firm serves clients worldwide from its offices in Atlanta, Delaware, Chicago, Indiana, Los Angeles, Michigan, Minneapolis, Ohio, and Washington, D.C. 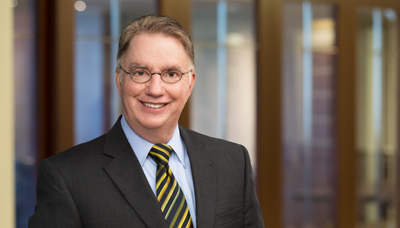