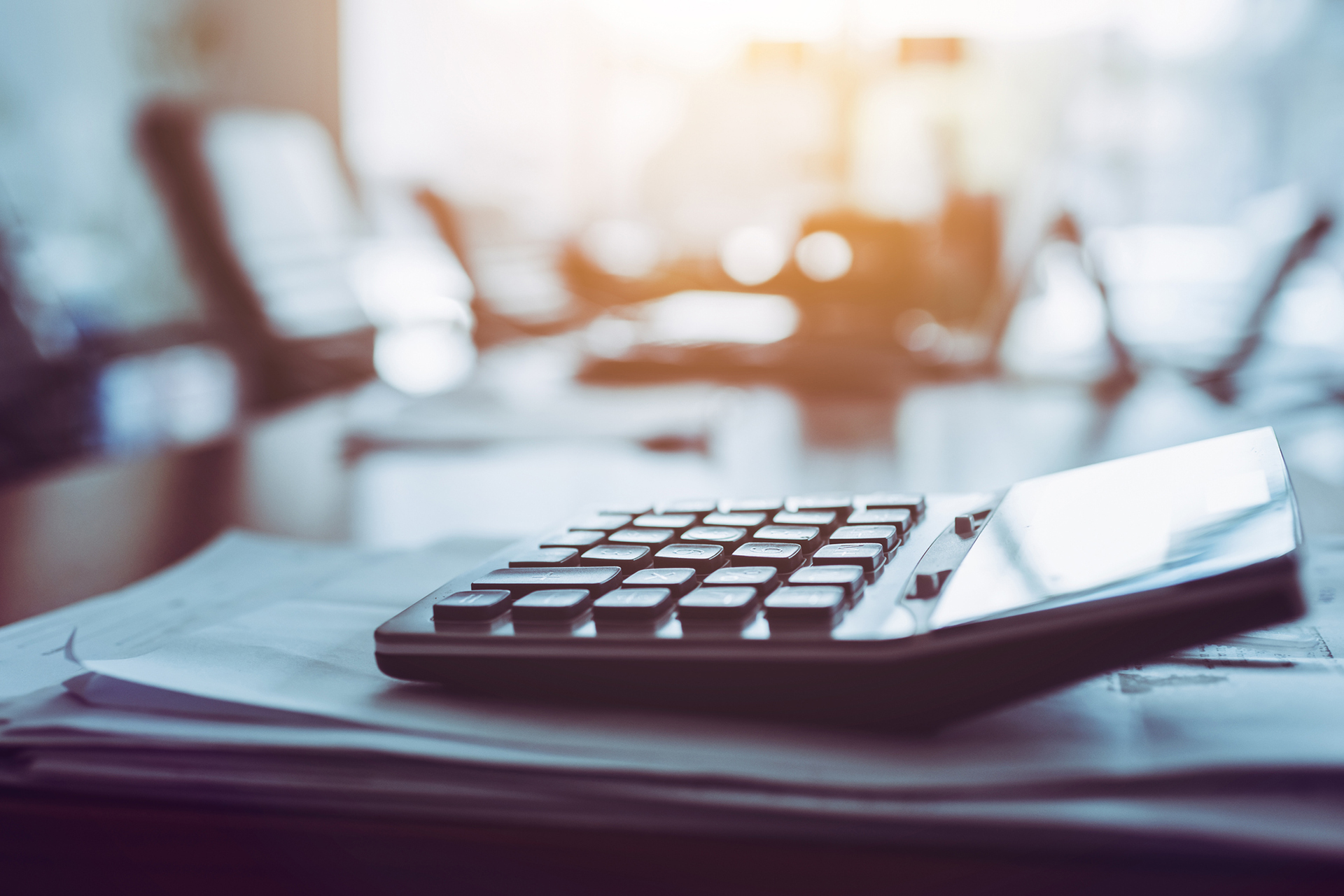 In 2022, the SEC issued two proposed rules that would expand the reporting requirements imposed by Form PF

Both rules would require advisers subject to Form PF reporting to provide more information, with more granular detail, than they currently are required to report

In 2022 the Securities and Exchange Commission (SEC) proposed two amendments to Form PF – one proposed on January 26, 2022 (the January Proposal) and the other, proposed jointly with the Commodities Future Trading Commission (CFTC), on August 10, 2022 (the August Proposal) – that, taken together, would greatly expand the disclosure obligations of private fund advisers subject to Form PF filing requirements.

If adopted, the January Proposal would introduce new timely reporting requirements to Form PF (similar to the SEC’s obligation for public companies to file form 8-K current reports) pursuant to which large hedge fund advisers and private equity advisers would be required to file current reports within one day of certain adverse events. The January Proposal would also require private fund advisers to provide more granular information concerning their portfolio holdings in their regular filings – most notably, detailed information concerning the portfolio companies held by private equity funds, and for liquidity funds, substantially the same information that SEC-registered money market funds are currently required to report on Form N-MFP.

The August Proposal, if adopted, would expand even further on these new disclosure obligations, requiring all private fund advisers to provide more details in their regular reporting on fund performance, capital inflows and outflows, the redemption rights of their investors and, for large hedge fund advisers, additional information on hedge fund investment exposure and borrowing and counterparty exposure. The August Proposal would also require more specific details concerning fund asset holdings and would remove the flexibility for certain private fund advisers to aggregate their reporting for parallel or feeder funds.

Neither proposed rule indicated when changes to Form PF would take place if adopted.

While some of the changes proposed in the January Proposal and August Proposal would remove uncertainty around how certain private funds classify themselves and report their holdings, overall both amendments will require private fund advisers to provide much more information about the private funds they advise than they are currently required to report, and together the amendments push the private funds industry toward disclosure obligations similar to those required of registered funds.

Like other proposed amendments issued this year, the August Proposal invited dissenting statements from SEC Commissioners—Commissioner Mark Uyeda noted in his statement, “each change to Form PF imposes additional costs on private fund advisers. The Commission fails to consider the cumulative costs of its proposed change… Today’s proposal further blurs the line between the regulation of public and private funds.” Commissioner Hester Peirce said in her statement, “just as the January proposal did, [the August Proposal] stretches a very limited data collection tool beyond its intended purpose.”

Current Reporting Requirements for Large Hedge Fund Advisers: The January Proposal introduces a new ongoing reporting obligation to Form PF that would require large hedge fund advisers (those advisers with more than $1.5 billion in hedge fund assets under management) to report, with respect to “qualifying hedge funds” (defined generally as those hedge funds with a net asset value of at least $500 million), any of the following events within one business day of their occurrence:

Current Reporting Requirements for Private Equity Fund Advisers: The January Proposal would also introduce ongoing reporting obligations for all private equity fund advisers, which would require such advisers to report any of the following events within one business day of their occurrence:

New Reporting Requirements for Large Liquidity Fund Advisers: The January Proposal would require large liquidity fund advisers to report on Form PF substantially the same information that money market funds would be required to report on Form N-MFP, as such form would be amended under the SEC’s money market reforms proposed in 2021, including (i) additional operational information (such as whether a reporting fund seeks to maintain a stable price per share, whether cash is held separately from other categories of collateral and gross subscription and redemption amounts for each month of a fund’s reporting period), (ii) additional reporting on fund portfolio information, such as the portfolio securities the fund sold during a reporting period and the weighted average maturity of the fund’s portfolio and (iii) additional information about a fund’s counterparties, such as the names of fund repo counterparties and whether fund creditors are based in the United States (and whether such creditors are U.S. depositary institutions).

Enhanced Investment Exposure Reporting for Large Hedge Fund Advisers: If adopted, the August Proposal would likely have the largest impact on large hedge fund advisers, who would be required to provide more granular information concerning the portfolio holdings and risk exposures of the qualifying hedge funds that they advise. The August Proposal would 1) replace the current Form PF Section 2b table format with narrative instructions and a “drop-down” menu, 2) require reporting based on “instrument type” within sub-asset classes to identify whether the fund’s investment exposure is achieved through cash or physical investment exposure, through derivatives or other synthetic positions, or indirectly (e.g., through a pooled investment such as an ETF, an investment company or a private fund), 3) require the calculation of “adjusted exposure” for each sub-asset class (i.e., in addition to value, which is currently required to be reported, under the August Proposal Form PF would additionally require the calculation of “adjusted exposure” for each sub-asset class), 4) require uniform interest rate risk measure reporting for sub-asset classes that have interest rate risk (eliminating the current option to report one of duration, weighted average tenor or 10-year  equivalents) and 5) amend the list of reportable sub-asset classes.

Enhanced Reporting Requirements for All Private Funds: If the August Proposal is adopted, all private fund advisers would need to report the following information concerning the reporting funds included on Form PF:

Amending Form PF Aggregate Reporting: Currently, Form PF provides advisers with the flexibility to respond to certain Form PF questions regarding “master-feeder” and “parallel fund” arrangements either in the aggregate or separately, as long as they do so consistently. The August Proposal would remove this flexibility and require advisers to report each component fund of a master-feeder arrangement and parallel fund structure (except where a feeder fund invests all its assets in a single master fund and/or “cash and cash equivalents”). Advisers would still aggregate the assets under management of each component fund in a fund structure in determining whether the funds in such structure meet a relevant Form PF reporting threshold.

Alternatives to the Definition of the Term “Hedge Fund”: Currently, Form PF defines a “hedge fund” as any private fund (i) with respect to which one or more investment advisers (or related persons of investment advisers) may be paid a performance fee or allocation calculated by taking into account unrealized gains (other than a fee or allocation the calculation of which may take into account unrealized gains solely for the purpose of reducing such fee or allocation to reflect net unrealized losses), (ii) that may borrow an amount in excess of one-half of its net asset value (including any committed capital) or may have gross notional exposure in excess of twice its net asset value (including any committed capital), or (iii) that may sell securities or other assets short or enter into similar transactions (other than for the purpose of hedging currency exposure or managing duration).

This current definition sometimes inadvertently causes advisers to provide “hedge fund” related reporting with respect to funds that are more appropriately categorized as other private fund types (like private equity funds), since such funds have the discretion to borrow or short sell in a manner that fits within the hedge fund definition (whether or not such funds intend to exercise such discretion).

In the August Proposal, the SEC poses several alternatives to the current definition (such as excluding from the definition those funds that borrow only using subscription lines of credits, or that don’t actually exercise their capacity to short sell), and requests comments on other suggestions as to how the hedge fund definition could be amended. 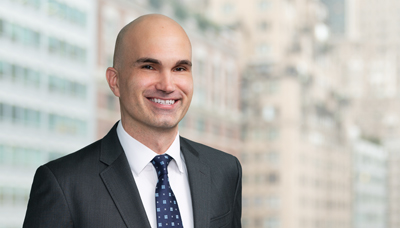 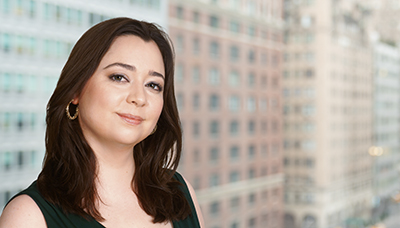