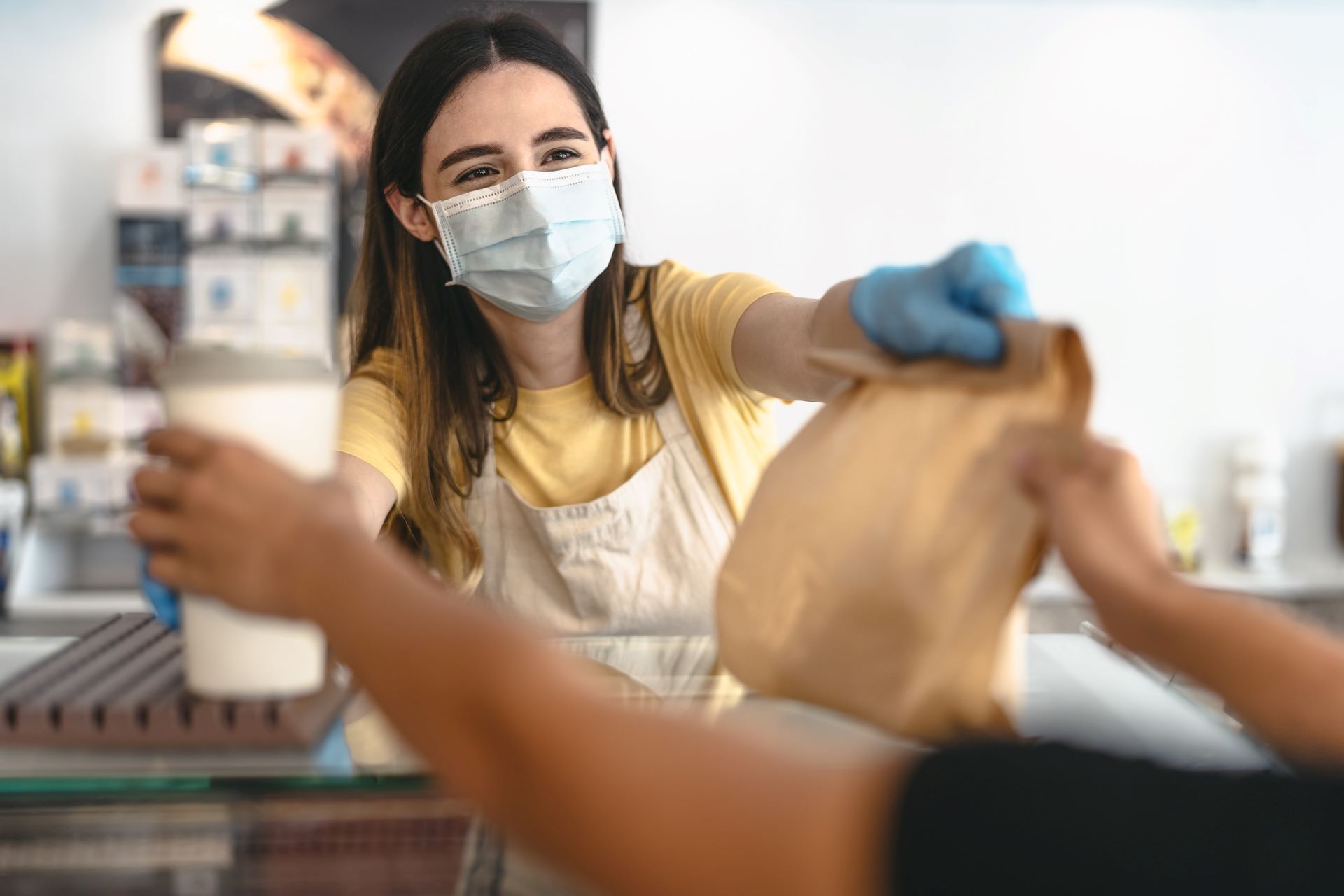 On January 1, 2020, when millions of policyholders obtained renewals of their annual insurance policies, few would have anticipated that, within a few months, a pandemic would spread globally and lead to a catastrophic shutdown of much of the world economy, to say nothing of civil unrest on a scale not seen in generations. Small business losses in the U.S. from the pandemic have been estimated to range between $255 billion and $431 billion – per month. [1]

These unprecedented events only add further strain to an already difficult commercial market for policyholders.

Property and casualty reinsurers reported net premiums written during the first quarter of 2020 increased 20.4 percent over the same period in 2019, according to Bloomberg Tax. [2] Insurance markets have been tightening, leaving fewer opinions for policyholders. Unsurprisingly, the insurance industry has taken a hard-line approach to coverage of pandemic-related claims, leaving many financially strapped policyholders with nowhere to turn but coverage litigation against their insurers. Is there a better solution for policyholders than years of protracted and expensive coverage litigation?

Reasons to Turn to Captive Insurance

Captive insurance – insurance companies formed by businesses to insure their enterprise risks – might be part of the answer.

Companies have turned to captive insurance solutions for several reasons. Many companies form captives because they are unable to obtain any commercial insurance for their businesses. Others create them to bridge enduring and unacceptable coverage gaps in policies issued by commercial insurers. Still other companies do so simply because they are most familiar with the nature and sensitivity of their enterprise risks and, therefore, are the best claim managers for their exposures. Regardless of the individual reasons for starting a captive, one theme pervades – the perceived ability to manage risks better and more efficiently than the commercial insurance market. Indeed, most Fortune 500 companies have either existing or former captive insurance companies in their risk management portfolios.

Growth of the Captive Insurance Market

The cyclical insurance marketplace has fueled this trend toward captive insurance. In the face of catastrophic insured losses arising from asbestosis and environmental exposures, the insurance industry not only stopped writing such coverage in the mid-1980s, but it also began dramatically raising premiums to account for future losses. This “hard market” resulted in federal and state law responses giving policyholders greater flexibility in the alternative risk transfer arena. The federal government enacted the Federal Liability Risk Retention Act of 1986 to allow businesses to form their own “risk retention groups,” which operated as private insurance companies to manage their liability exposures. The act also permitted the formation of “risk purchasing groups,” by which businesses could join together in capitalizing cooperatives to buy commercial insurance for their members, leveraging their purchasing power to lower the overall cost of coverage.

Perhaps more importantly, states began to open their regulatory doors to domiciling captive insurance companies. Many states now vie for captives to domicile within their borders in order to generate premium tax revenues, as well as ancillary business income for their citizens. Texas, North Carolina, Georgia, Vermont, and Delaware have all modified and simplified their captive insurance rules and regulations to encourage captive formation there. Lower initial capital requirements, knowledgeable regulators, and favorable business conditions are touted by these jurisdictions as they compete for a share of the ever-growing captive insurance market.

The captive industry has grown tremendously in the past three decades, but has recently become embroiled with an old foe: the Internal Revenue Service.

A very common type of captive is known as a “microcaptive” or “small company captive.” These designations refer to a type of captive insurance company regulated under Section 831(b) of the Internal Revenue Code, which was enacted to encourage smaller businesses with under $2 million of annual premiums to invest in the formation of their own captive
insurance companies. A Section 831(b)-designated captive insurer enjoys favorable tax status: the policyholder is permitted to deduct its premiums as an ordinary business expense, while the captive insurer is taxed only on its investment income.

While the law was enacted to encourage policyholders to own and operate their own small captives, the IRS has targeted microcaptive arrangements for scrutiny under the justification that they may be used as "abusive tax avoidance shelters." In 2016, the IRS issued a notice characterizing microcaptives as "transactions of interest" requiring special reporting under the threat of penalties. It issued regulations regarding the mandatory acceptance of third-party risks (often accomplished through reinsurance transactions) that threatened the existence of virtually all microcaptives. As a result of the IRS' campaign, activity in the microcaptive marketplace has slowed.

But this campaign may come to an end soon. In May, the U.S. Supreme Court accepted certiorari in a case involving a challenge by CIC Services LLC – an adviser to taxpayers engaging in microcaptive transactions – to the legitimacy of the 2016 IRS notice. CIC argues that the notice was issued in violation of several laws, including the Administrative Procedures Act. Last year, the Sixth Circuit Court of Appeals upheld the district court's grant of the IRS' motion to dismiss the case under the Anti-Injunction Act, which prohibits lawsuits "for the purpose of restraining the assessment or collection of any tax." [3] The Supreme Court is expected to issue its opinion on the matter during the upcoming 2020-21 term.

How a Captive May Cover What Other Insurers Won't

How can a policyholder insure such losses in a captive? What are known as “Difference in Conditions” (DIC) policies provide blanket coverage for losses sustained by a policyholder when the underlying commercial insurance policy does not provide coverage. Given the commercial insurance industry’s clearly manifested intent to deny all claims for pandemic-related business interruption losses, a DIC policy could provide a backstop for covering such losses. Likewise, other unforeseen types of catastrophic losses or damages could be covered under the DIC policy when the primary insurer denies coverage (wrongfully or otherwise).

Even though captives operate as separate and independent insurance companies and are fully regulated by the authorities where they are domiciled, their mission is to indemnify policyholders and keep them afloat during rough times. This is not just marketing-inspired rhetoric: Captives are actually designed to pay claims, unlike typical insurers in the commercial market that are focused on maximizing profits by limiting their payouts. This explains the popularity of captive insurance arrangements over the past three decades, and may explain the inordinate pushback from the IRS.

With dramatic uncertainty facing U.S. policyholders in 2020, captive insurance should be one of many solutions a company considers when deciding how to manage enterprise risk more effectively. The unprecedented challenges facing policyholders and the industry could be relieved and mitigated by the backstop captive insurers provide by taking on some of the uninsured or underinsured risks in the commercial marketplace. Depending on how the IRS’ campaign against microcaptives is resolved by the Supreme Court, they may play an important and increasing role in alternative risk-transfer options available to policyholders going forward.

Renewal is a Time to Think Critically About Your Insurance Program

View Subscription Center
RELATED TOPICS
Insurance
commercial policyholders
TOP
Trending Share Connect
We use cookies on this site to enhance your user experience. By clicking any link on this page you are giving your consent for us to use cookies.
View Our Privacy Policy
BARNES & THORNBURG EMAIL DISCLAIMER