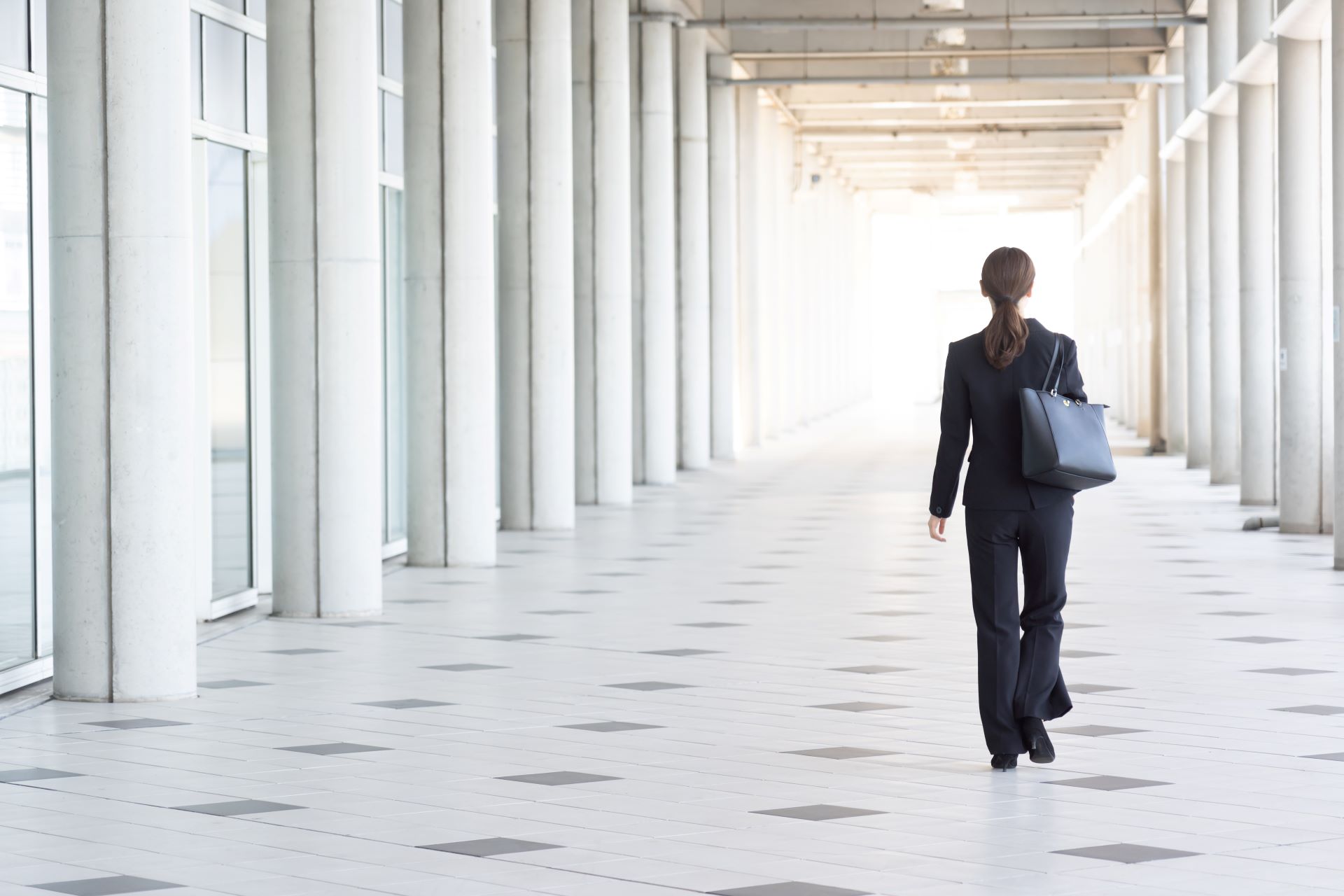 Disputes over the attorney-client privilege, work product doctrine, and other privileges and protections can affect outcomes in insurance coverage disputes. Anticipating these disputes can help prevent disclosure of an insured’s protected information and also afford an opportunity to apply pressure against an insurer withholding relevant information without a valid basis.

Who Does Defense Counsel Represent When the Insurer is Paying?

Communications among an insurer, its policyholder, and defense counsel can present tricky questions regarding whether and to what extent those communications may be privileged. Whether an insurer will have access to privileged communications between defense counsel and the insured in the event of a coverage dispute largely turns on whether a potential adverse relationship exists between the insurer and its policyholder and the nature of the policy at issue in the case.

Generally, in the above scenarios, the insurer and insured will both be parties to communications with the defense counsel. While there is no insurer-insured privilege per se, many courts – particularly in tripartite states – hold that a defending insurer is within the circle of privilege with defense counsel and the insured. Other states hold that, even where the insurer is not within the circle of privilege, the insurer and insured may share a common interest in minimizing the insured’s liability such that communications among the carrier, defense counsel and the policyholder remain privileged even in states where defense counsel represented only the insured. Insurers frequently enter into common interest agreements with their insureds to underscore their intent to keep communications between them privileged and confidential. The downside to such open exchanges is that they afford an insurer plenty of opportunities to develop existing coverage defenses or conjure up new ones.

Certain coverage disputes, however, serve to cut off this valuable source of information from the insurer. In many states, an insured is entitled to independent counsel at the insurer’s expense where there is a conflict of interest between the insurer and insured – that is, where the insurer asserts a coverage defense that turns on the adjudication of a disputed issue in the underlying lawsuit. [3] In such circumstances, the insurer ends up paying for counsel that it does not control and with whom it does not share confidential communications. Similarly, where the insurance company denies coverage outright – including denial of any duty to defend – courts generally will not permit the insurer to have access to an insured’s privileged communications with defense counsel. [4]

While privileged communications between the insurer and insured may protect the insured’s interests in maintaining the confidentiality of the details of its defense as against third parties, that shield may become a sword in the event of coverage litigation between them. Some courts have held that, where the insurer and the insured have a common interest in communicating with the defense counsel, they have no expectation of privilege between themselves in a subsequent coverage dispute. [5] Many other courts, however, have rejected this reasoning, and permit the insured to maintain confidentiality in its communications with its defense counsel when coverage is disputed notwithstanding their common interest and the insured’s duty of cooperation. [6]

Even in matters where there is no common interest between the insurer and the insured, a policyholder often can penetrate an insurer's claim of attorney-client privilege and work product applicable to its investigation and analysis of a claim in bad faith litigation against the insurer challenging whether its investigation and analysis were reasonable. This is because investigating claims is a business function performed by an adjuster, not the function of a lawyer giving legal advice. Case law distinguishing in-house counsel's privileged legal advice from unprivileged business advice applies here.

In a bad faith action, a key issue often is whether the insurer’s investigation was reasonable.  When an insurance company tries to shield its investigation from scrutiny by having it done by an attorney, this is the equivalent of claiming privilege for a lawyer’s business advice. This would not be allowed because the carrier’s business is investigating claims. Communications by attorneys acting as insurance claims investigators, rather than as attorneys, are not protected by the attorney client privilege. [7] Therefore, no protection should attach to the insurer’s investigation of a claim, no matter who performs it.

Privilege is waived in the bad faith context when the insurer claims, as a defense, that it relied upon the advice of counsel. [8] The "reliance on counsel" defense overlaps with another basis for waiver of the privilege – the "at-issue" doctrine. The "at-issue" doctrine comes into play when a party takes the position that it relied on the advice of counsel in asserting a claim or defense. This reliance now makes that legal advice relevant to the underlying suit, which may constitute an implied waiver of the privilege. This can occur in bad faith cases, where an insurer asserts (usually as a defense to punitive damages) that its decision not to provide coverage for a claim was appropriate because it was based on the advice of counsel. [9] Some courts have taken a more stringent approach, holding that mere relevance of the attorney's advice to the client's claim or defense is not enough: The party challenging privilege must demonstrate that the client affirmatively and directly placed the advice of its attorney at issue by citing it as the specific basis for the claim or defense. [10] The inquiry is very fact-specific and the tests used to resolve these issues can differ substantially among jurisdictions.

The Use of Third Parties

Another common relationship affecting privilege and work product protection is that among insurers, policyholders, and third parties like consultants and brokers. A policyholder may be able to use privilege and the work product doctrine to protect confidential attorney-client communications provided to brokers in order to prepare for litigation with its carrier. In contrast, many courts will not extend privileges to protect an insurance carrier's documents if they were created in the ordinary course of claim handling. [11]

From the perspective of an insured working with its broker on a disputed claim, the broker's help in preparing for anticipated litigation may be essential. If a broker is acting as a "representative" of the insured, pursuant to Federal Rule of Civil Procedure 26(b)(3) and equivalent state rules, its communications with the policyholder may be protected by the work product doctrine. Even if a broker is not a "representative," revealing work product material to it is not necessarily a waiver of work product protection. Unlike the privilege attaching to attorney-client communications, which is waived when sharing with a third party, work product protection is defeated only if the third party's interests are adverse to those of the insured. Additionally, if the insured's broker is needed as an ongoing consultant to assist the attorney in providing legal advice, the Kovel privilege – based on a Second Circuit opinion extending the attorney-client privilege to a client's communication with an accountant in the lawyer's employ, incident to the legal advice sought by the client – may apply. [12] The common interest doctrine can also be a powerful shield to protect communications involving a broker, because it acts as an exception to the waiver of the attorney-client privilege where the relevant factual showing is made (such as necessity, in some states).

Insurers sometimes attempt to shield information related to the work of their adjusters without a proper basis. For example, an insurer may hire consultants to assist with the claims investigation process, rely upon their reports in denying a claim, and then take the position that these reports are non-discoverable work product in coverage litigation. Work product protection, however, typically is available only at the point where the insurer reasonably anticipates litigation. A best practice for a policyholder is to assess carefully when, during the insurer’s claim evaluation process (which is not protected by work product), it actually began to anticipate litigation, to prevent the carrier from shielding otherwise discoverable documents

A valid claim for privilege can all be for naught if it is not asserted correctly. Preparing a defensible privilege log is an essential element in this process. The requirements for privilege logs vary across jurisdictions, so it is good practice to check local rules and standing orders. [13] If all potential protections are not expressly asserted on the log or the log is otherwise inadequate, this risks waiving the protections altogether. [14] To assess whether an email, for example, is privileged, one must know who sent and received it (including everyone copied and blind copied). Failure to provide information like this may raise a challenge.

A best practice is for insureds to evaluate all of these issues when pursuing coverage for contested claims. Insurance companies often take the most aggressive position possible regarding privilege and work product, trying to use them as a sword (by delving into protected exchanges), and as a shield (by trying to prevent discovery of documents created in the ordinary course of the insurer’s business). The insured often has substantial grounds to push back on these positions. Doing so can be a potent weapon for increasing pressure on a recalcitrant carrier to pay a covered claim.

View Subscription Center
RELATED TOPICS
Work product
insurer
AttorneyClient Privilege
TOP
Trending Share Connect
We use cookies on this site to enhance your user experience. By clicking any link on this page you are giving your consent for us to use cookies.
View Our Privacy Policy
BARNES & THORNBURG EMAIL DISCLAIMER