The U.S. Department of Transportation's Pipeline and Hazardous Materials Safety Administration (PHMSA) recently published a new Policy Statement in the Federal Register that lays out a civil penalty framework, which became effective on October 17, 2016. The new framework authorizes PHMSA to assess higher penalties. In the Federal Register Notice, PHMSA champions the so-called deterrent, rather than punitive, benefit of the new penalty framework, stating that the new framework will “driv[e] down incident risk.” The agency further states that the new framework will increase the transparency of PHMSA penalty assessments.

For each of the considerations, PHMSA further provides examples of misconduct that warrant penalties, as well as a penalty range for each consideration the sum of which would constitute the total penalty. While a couple of the considerations offer potential penalty “credit” – for example, for self-reporting or inability-to-pay – the overall purpose of the new framework is aimed at increasing penalties, according to PHMSA.

Finally, the new framework eliminates the “major consequences factor multipliers,” adds an “economic benefit” factor with a potential “variable addition,” and maintains the “ability to pay” factor as a “variable credit.”

The increased penalty ranges identified above are still subject to the statutory penalty caps for violations found in 49 U.S.C. § 60122(a)(1), which remain in place. Specifically, penalties for violations occurring after January 3, 2012, are capped at $200,000 per day, with a maximum civil penalty for a related series of violations not to exceed $2,000,000. To account for inflation, however, the cap on civil penalties for violations occurring on or after August 1, 2016 is increased to $205,638 per day, not to exceed $2,056,380 for a related series of violations.

These adjustments were undertaken in accordance with the Bipartisan Budget Act of 2015, which required mandatory adjustments for all federal agencies’ civil penalty amounts to account for inflation. The Act allowed a one-time catch up of up to 150% current penalty amounts.

In addition to the above-mentioned “deterrent” purpose of the new civil penalty framework, PHMSA purportedly seeks to provide increased transparency to operators and respondents relative to penalty calculations. To that end, PHMSA’s recent Policy Statement establishing the updated framework states that, upon request, PHMSA will provide: 1) a “more detailed” proposed civil penalty calculation to respondents, 2) the violation report, and 3) any other items in the case file, as defined in 49 C.F.R. § 190.209.

PHMSA notes that it retains “broad discretion” in evaluating the statutory and regulatory factors for assessing civil penalties. The new framework suggests, however, that PHMSA will begin assessing significantly higher civil penalties in accordance with the new framework in order to achieve the agency’s objective of increased “compliance with the pipeline safety rules.” 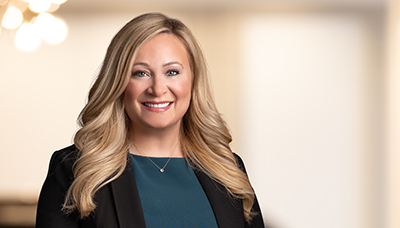