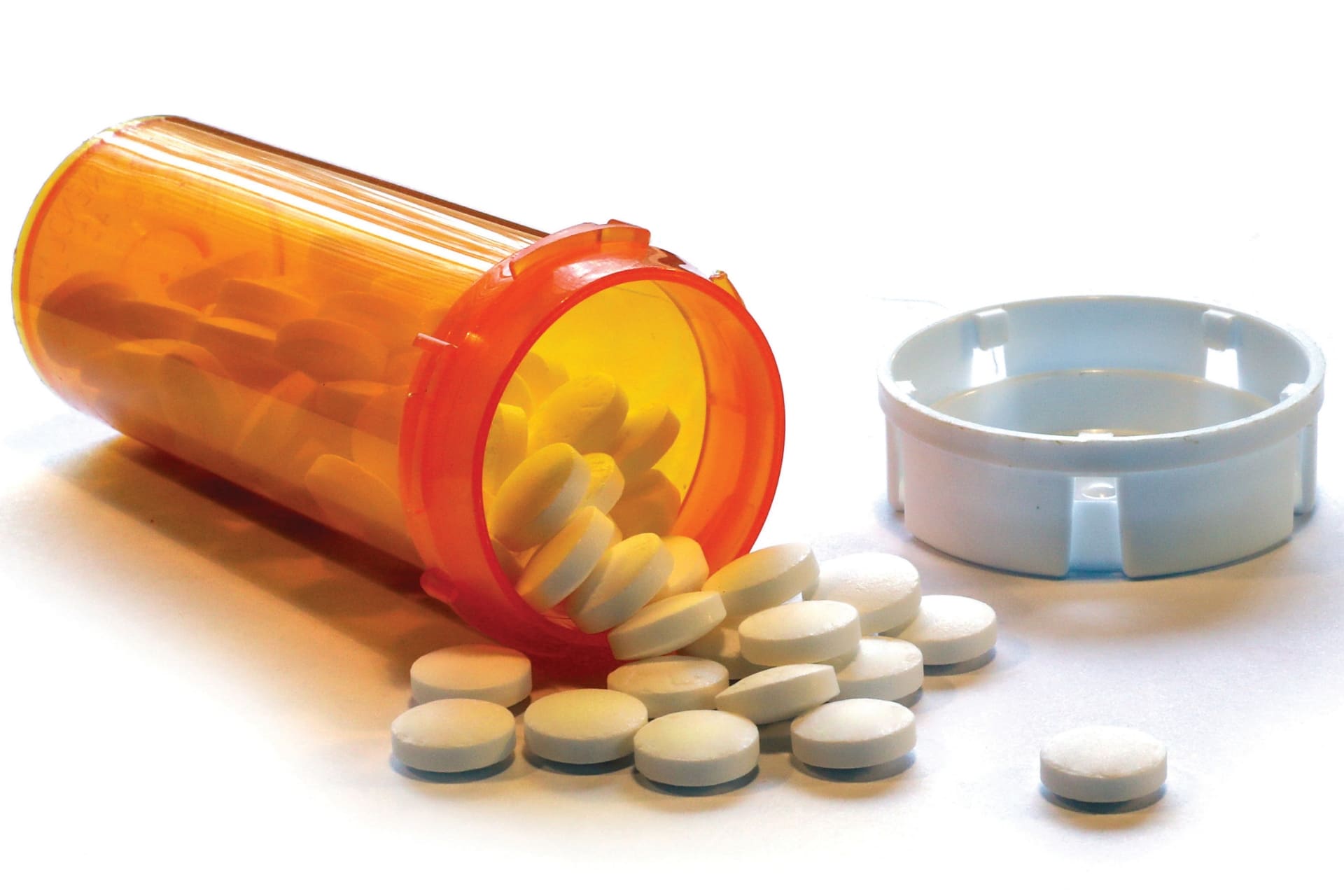 In a barrage of nationwide litigation, hundreds of lawsuits have been filed by states, counties and cities against pharmaceutical manufacturers and wholesale distributors seeking to recover costs allegedly incurred in responding to the opioid epidemic, estimated to impose $55 billion in health and related societal costs and $20 billion in emergency and inpatient costs in the United States each year. If history is any guide, as the number of lawsuits continues to grow, the field of actual and potential defendants likely will grow as well. As defendants mount a vigorous defense to these lawsuits, they must be conscious of how expensive a defense can be, regardless of whether the claims have merit.

These lawsuits target the perceived deep pockets, such as the pharmaceutical manufacturers and wholesale distributors, for allegedly causing opioid abuse by supplying opioids to the affected areas.

The plaintiffs typically seek recovery of a variety of costs expended in connection with opioid abuse, including costs associated with treatment of opioid addiction and overdose, increased law enforcement and medical personnel and higher demands on hospitals and jails.

Going forward, manufacturers, distributors and other potential defendants must consider whether and how their liability insurance will respond to this rapidly growing litigation risk. Looking back, they must examine their historical insurance policies to find coverage. Thus far, they have primarily looked to their commercial general liability (CGL) policies, but other policies may be triggered as well, including directors’ and officers’ liability policies and professional errors and omissions policies.

There already has been fairly significant coverage litigation arising from the opioid lawsuits, and insurers have quickly mounted standard lines of attack seeking to avoid coverage. For example, insurers have argued that these lawsuits are not covered by the CGL’s insuring agreement promising to cover “all sums that the insured becomes legally obligated to pay as damages because of bodily injury or property damage” caused by an “occurrence.” As discussed below, insurers have argued that certain claims alleged in the underlying opioid lawsuits do not arise from bodily injury, and also that they do not involve an “occurrence.” CGL policies require insurers to defend their insureds for the entire lawsuit if any of the underlying allegations or claims against the insured are even potentially within the scope of coverage. Thus, if an opioid lawsuit includes any allegation that even potentially falls within the scope of coverage, the insurer has a duty to defend the entire lawsuit.

The term “occurrence” is typically defined as “an accident, including continuous or repeated exposure to substantially the same general harmful conditions.” Insurers have argued that the opioid lawsuits allege intentional, not “accidental,” conduct because manufacturers and distributors intended to sell the pharmaceuticals at issue. Insurers also have made this intentional acts argument when invoking the exclusion typically found in CGL policies for “expected and intended” conduct.

In Richie Enterprises, for example, the court held that “allegations of negligent conduct in the complaint support a decision that the alleged prescription drug abuse epidemic is fortuitous since its creation was beyond Richie’s control.” 2014 WL 838768 at *7. The court explained that “the alleged harm is the prescription drug abuse epidemic in West Virginia, and its creation extended beyond Richie’s control. The pharmacies in West Virginia dispensed the prescription drugs to people who presented seemingly valid prescriptions. There is no allegation that Richie ‘controlled’ the pharmacies – let alone to whom the pharmacists dispensed the drugs....” Id.

Similarly, in JM Smith, the court rejected the insurer’s “occurrence” argument by distinguishing between “intentional acts” of selling or distributing products and intending to cause injury due to later abuse of that product. 2013 WL 5372768 at *6. Distributors, for example, certainly intend to distribute pharmaceutical products, but that does not mean that they intend to cause any injuries resulting from later abuse of the products. The court in JM Smith found that the “conduct of distributing prescription drugs based upon orders placed by pharmacies is not, in and of itself, illegal and the violation of laws cannot be reasonably anticipated.” Id. In affirming, the Fourth Circuit explained that “[n]o defendant, and certainly not the insured, has been accused of providing prescription drugs to any person or entity knowing it was enabling an abuser.” JM Smith, 602 Fed. Appx. at 121.

Likewise, in H.D. Smith, the court found that “[t]wo of the eight counts [in the underlying opioid lawsuit complaint] specifically assert negligence. Other counts included allegations of both negligent and intentional conduct. Given that it must liberally construe the allegations of the underlying complaint, the Court concluded that H.D. Smith alleged an ‘occurrence.’”1 2015 WL 4624734 at *5.

The few courts that have accepted insurers’ “occurrence” arguments have done so on state-specific grounds or due to specific allegations in the underlying complaint at issue. See, e.g., Travelers Prop. Cas. Co. of America v. Actavis, Inc. (2017) 16 Cal. App. 5th 1026, petition for review conditionally granted, 229 Cal. Rptr. 3d 2 (2018). In Actavis, the court held that the specific underlying lawsuits brought in California and Chicago did not allege an “occurrence” because they did not contain any allegations of negligence or raise the possibility that the insured could be liable based on a finding of negligence. The California court also reached this result because, under California law (at least at the time), if the insured intended the acts that resulted in injury, the event could not be considered an accident even if the insured did not intend to cause the injury. In other states, by contrast, a deliberate act can be considered an accident for purposes of the “occurrence” definition if the insured did not intend to cause the resulting injury. See, e.g., Auto- Owners Ins. Co. v. Harvey, 842 N.E.2d 1279 (Ind. 2006).

Damages Because of Bodily Injury

Insurers also have tried to avoid coverage by claiming that the underlying plaintiffs in the opioid lawsuits are not seeking damages “because of bodily injury” but, rather, are seeking damages for economic harm. Insurers often attempt to present their economic harm argument as if it is an actual policy exclusion or an ironclad rule of law. It is neither. In fact, most CGL policies contain language stating that covered “bodily injury” can include “damages claimed by any person or organization for care...resulting... from the bodily injury.” Typically, this is precisely the type of damages the plaintiffs in opioid lawsuits are seeking: costs allegedly incurred to care for individuals who have been injured as a result of opioid abuse. Thus, these socalled economic damages are expressly covered by CGL policies. For this reason, the Seventh Circuit in H. D. Smith rejected one insurer’s economic harm argument and held that the insurer was required to provide a defense to a pharmaceutical distributor. 829 F.3d 771.2

The same arguments have been made by insurers in lawsuits against firearm manufacturers brought by municipalities alleging increased costs as a result of the manufacturers’ negligence. These suits also alleged as damages the increased cost of police services, emergency services, medical care, social services and rehab/correctional services, as well as the loss of tax revenue. Courts, again, have largely rejected insurers’ assertions that they had no duty to defend because the underlying allegations were for economic losses. See, e.g., SIG Arms Inc. v. Employers Ins. of Wausau, 122 F. Supp. 2d 255, 260 (D.N.H. 2000) (finding that the underlying suit alleged damages because of bodily injury: “The plain meaning of the provision is to provide coverage when a claim is made, as in the underlying lawsuits here, seeking the costs of providing care for shooting victims and for the loss of their services”); Scottsdale Ins. Co. v. Nat’l Shooting Sports Found., Inc., 226 F.3d 642 (5th Cir. 2000) (affirming finding that the insurer had a duty to defend the underlying suit brought by City of New Orleans against the firearms trade association: “The complaint alleges that because of the bodily injuries to its citizens, the City of New Orleans had to incur additional costs. This allegation is arguably covered by the policies”).

These decisions collectively demonstrate a willingness on the part of most courts to impose a duty to defend on CGL carriers where public entities sue manufacturers and distributors of opioids for damages flowing from bodily injuries to members of the public served by these entities.

D&O and E&O policies are fairly broad and may provide coverage for economic damages claims in opioid lawsuits – which CGL insurers reject because they are not “because of bodily injury” – depending on the policy language and underlying allegations. Both types of policies generally cover economic losses an insured incurs as a result of a claim made against it for a “wrongful act,” typically defined to include an actual or alleged act, error, misstatement, misleading statement, omission, neglect or breach of duty that occurs within the course of managing a company (D&O) or performing professional services (E&O). To date, there have been no broadly applicable judicial decisions addressing the scope of D&O or E&O coverage that might be available for opioid claims. Policyholders nevertheless should keep these policies in mind when surveying their programs for potential coverage.

Depending on the nature of the underlying allegations, D&O carriers may contend that coverage is barred by exclusions for claims alleging bodily injury. This may place D&O and CGL carriers at odds on the issue of whether the underlying lawsuits involve claims for or because of bodily injury. It certainly is possible that
an insured could have coverage under both its CGL and D&O/E&O policies and should examine and, if appropriate, pursue both avenues of coverage.

Once an insurer agrees to defend its insured, the complex coverage issues don’t stop. In fact, the issues may become more complicated. For example, battles can ensue between the insurer and its insured over which party gets to choose defense counsel and/or defense counsel’s rates. Disputes also arise over whether, when and for how much to settle the underlying lawsuit, and the amount. Consulting coverage counsel can help level the playing field when insurance companies aggressively attempt to avoid covering the enormous exposure to corporate policyholders presented by opioid litigation.

View Subscription Center
RELATED TOPICS
CGL
Occurrence
damages
D&O
EampO Policy
TOP
Trending Share Connect
We use cookies on this site to enhance your user experience. By clicking any link on this page you are giving your consent for us to use cookies.
View Our Privacy Policy
BARNES & THORNBURG EMAIL DISCLAIMER