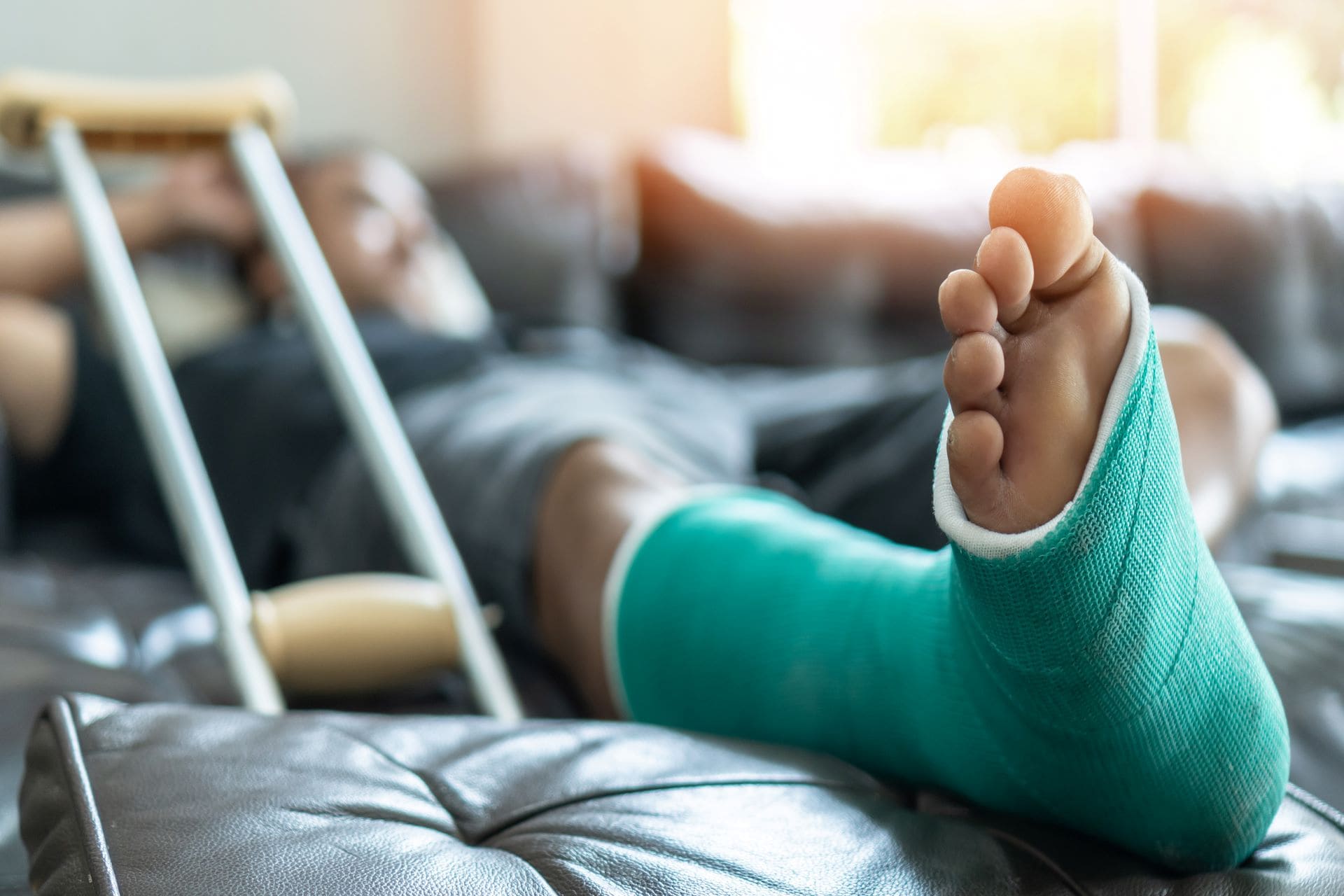 Professional services companies, such as a real estate brokerage, a securities broker-dealer or a technology services company, look to their professional liability insurance, often referred to as an errors and omissions (E&O) policy, for coverage when they are sued for mistakes in serving their customers. While E&O policies cover business litigation risks arising from claims for economic losses – such as a bank’s liability to a customer for allowing a wrongdoer access to its accounts – damages resulting from professional errors can expand beyond the purely economic. This can result in a disconnect between the insured’s expectations of coverage and what the underwriter thinks are the policy’s limitations.

E&O policies routinely include an exclusion for “bodily injury” on the theory that coverage for property damage (things getting broken) and bodily injury (people  getting hurt) is confined to Commercial General Liability (CGL) policies. But a CGL policy issued to a service provider typically contains a professional services exclusion stating that coverage is eliminated for claims arising from the rendering or failure to render professional services to others for a fee. This kind of exclusion is meant to distinguish E&O from CGL policies, on the assumption that a service provider’s liability for bodily injury can never arise from mistakes in providing services. Insurance company orthodoxy holds that CGL policies alone cover damages for bodily injury, E&O policies cover economic damages but not damages for bodily injury, and never the twain shall meet.

Yet this supposed article of faith does not stand up to scrutiny. Service providers face the risk of liability for bodily injury to others arising out of the business of rendering services in many situations where economic and bodily injury damages overlap, and where covering one but not the other defeats the fundamental purpose of the policies such companies purchase. An example is employment practices liability insurance (EPLI), which covers an employer’s liability to employees for discrimination, wrongful termination, harassment and retaliation. These kinds of liability often lead to economic damages, such as lost wages measured by the difference between what a wrongfully terminated employee earned while working for the employer and the lesser amount he or she was able to earn after being fired. But the employee may also suffer emotional distress from being mistreated, and a broad exclusion for injury to the person would defeat the purpose of the policy by wiping out a large, foreseeable portion of the recoverable damages. Not having coverage for an employee’s emotional distress would make EPLI policies less valuable and more difficult to sell.

Some EPLI underwriters sell cut-rate policies containing this broad exclusion, aware that it leaves uncovered a significant portion of the very liability the policy is intended to address. Many others write policies that exclude bodily injury, mental anguish and emotional distress, but add an exception to the exclusion for “that portion of a Claim seeking damages for emotional distress or mental anguish when resulting from a Wrongful Act of an Insured.” This exception is the underwriter’s way of excluding an employee claim that is exclusively for emotional distress, untethered to economic damages typical to claims alleging the wrongful termination from or interference with employment. This carve-back restores the basic value proposition of the policy: to cover an employer’s liability
to an employee for employment-related wrongful acts no matter how the damages flowing from the wrongful act are manifested.

Smart professional liability underwriters use  the same device to avoid gutting  E&O coverage where a claimant alleges both economic and bodily injuries caused by negligence in rendering or failing to render services. They sell policies that exclude bodily injury and emotional distress subject to a similar exception aimed at reinstating coverage where bodily injury flows directly from the foundational risk being insured. A typical exclusion eliminates coverage “unless arising directly out of any act, error or omission on the part of the Insured in rendering or failing to render professional services.” Coverage is retained where noneconomic damages are the direct result of the fundamental scope of the risk driving sale of the policy: coverage for liability arising from professional mistakes.

Yet, even in the absence of this kind of carve-back, some courts recognize that a bodily injury exclusion in an E&O policy can defeat the basic purpose of insurance for professional services errors, seriously undermining its value. In Search EDP, Inc. v. American Home Assur. Co., 267 N.J. Super. 537 (1993), an employment agency insured under a CGL policy and an E&O policy had hired an employee without performing an adequate background check. When that employee committed a violent assault against a coworker, the victim sued, asserting that her injuries were directly attributable to the agency’s professional negligence. E&O insurer American Home contended there was no coverage based on the bodily injury exclusion.

Rejecting this argument, the court concluded that the agency – whose chief business activity was to vet employees for hiring by its clients  – had been professionally negligent in failing to perform a background check and that this negligence was the proximate cause of the victim’s injuries. The court recognized that the purpose of the E&O policy sold by American Home was to protect the agency from its professional negligence in failing to adequately investigate the background of people it referred to its clients. It held that:

As Justice Jacobs instructed in Kievit v. Loyal Protect. Life Ins. Co., 34 N.J. 475, 483 (1961), “[w]here particular provisions, if read literally, would largely nullify the insurance, they will be severely restricted so as to enable fair fulfillment of the stated policy objective.” This principle applies here. The purpose of the errors and omissions policy is to protect an insured who commits an act of professional negligence. If an act of professional negligence causes actionable damage to another, but if the insured’s right to protection depends not on the nature of the act but rather on the nature of the resulting damage, we believe that the stated policy objective would be substantially nullified. We thus conclude that the errors and omissions policy here will fairly
fulfill its stated objective only by reading the bodily injury exclusion as excepting bodily injury claims alleged to have resulted from an act of professional wrongdoing.

The Search EDP opinion, though issued in 1993, remains good law in New Jersey, and has been cited favorably by other courts. See Watkins Glen Cent. Sch. Dist. v. Nat’l Union Fire Ins. Co. of Pittsburgh, PA., 732 N.Y.S.2d 70, 74 (2001); RLI Ins. Co. v. Hartford Cas. Ins. Co., No. CV 3:08- 3497-JRM, 2011 WL 13238691, at *5 (D.S.C. 2011); Bd. of Pub. Educ. of Sch. Dist. of Pittsburgh v. Nat’l Union Fire Ins. Co. of Pittsburgh, 709 A.2d 910, 917 (Pa. Super. Ct. 1998). The rationale of the decision upholds the premise underlying many professional liability underwriters’ use of the carve-back in the bodily injury exclusion for claims “arising directly out of any act, error or omission on the part of the Insured in rendering or failing to render professional services.” With or without this carve-back, the inherent value of professional liability insurance can only be fully realized by applying the reasoning of the court in Search EDP.

Sophisticated professional services providers want broad coverage for services-related mistakes. They feel frustrated and mistreated when they are denied coverage for the very liability the policy was conceived to cover, solely because the result of the covered liability – bodily injury occurring far down the chain of causation – is deemed excluded. Decisions like Search EDP bolster their reasonable expectation that a professional liability underwriter’s withholding of coverage under these circumstances is unfair and incorrect.

View Subscription Center
RELATED TOPICS
Liability Insurance
errors and omissions policy
CGL
TOP
Trending Share Connect
We use cookies on this site to enhance your user experience. By clicking any link on this page you are giving your consent for us to use cookies.
View Our Privacy Policy
BARNES & THORNBURG EMAIL DISCLAIMER