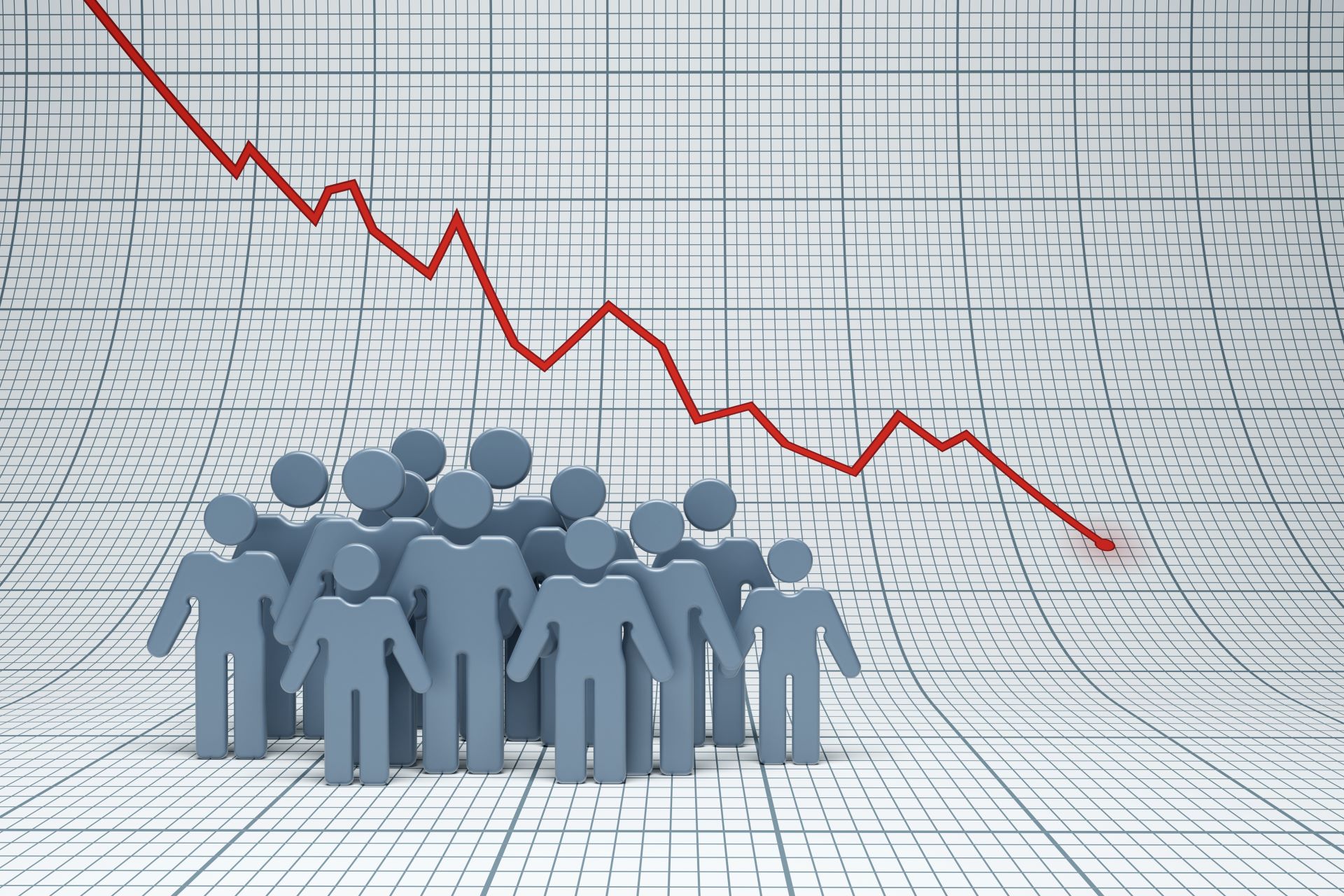 The pandemic hit countless companies and workers hard during 2020. Labor unions fared no better. According to a new report from Bloomberg Law, at least 13 major unions saw their ranks thinned last year.

“The breadth of [union] losses varied by industry, though some public-sector unions managed to gain members, buoyed by essential worker designations, according to a Bloomberg Law analysis of financial disclosures filed recently with the U.S. Labor Department. Hospitality took the brunt of the pain, with the UNITE HERE union losing a staggering 56% of its members, while some manufacturing and private-sector unions escaped harder hits from the impact of virus-induced layoffs.” 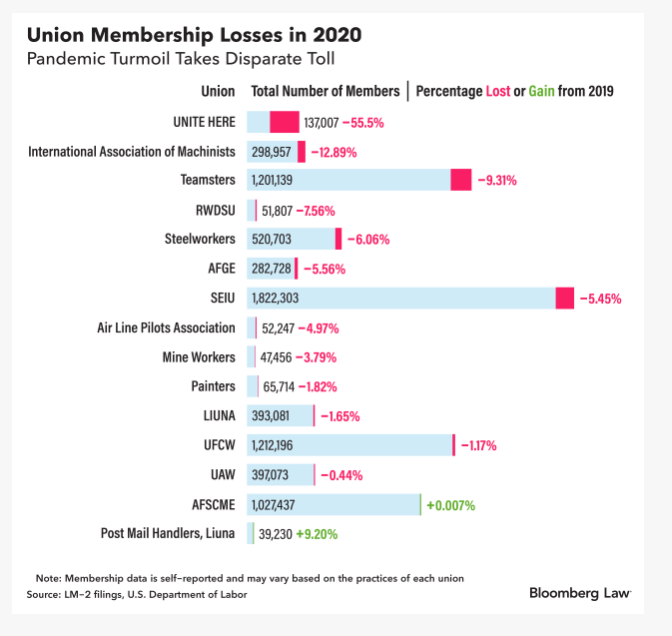 While all industries were impacted, the service industry and the unions focused on those operations (UNITE HERE, SEIU, etc.) clearly took the biggest hits.

This follows the Bureau of Labor Statistics’ annual report on unionization numbers from a few months ago that found union membership numbers nationwide fell by 2.2 percent last year.

While 2020 was a challenge, the labor movement now is championing the passage of the PRO Act by Congress, which would make it easier in many respects for employees to organize. That legislation has passed the house, is under consideration by the Senate, and likely would be signed by President Biden if it hits his desk. The National Labor Relations Board’s current pro-employer composition also is expected to change in the coming months towards a more union-leaning disposition, which could further lead to changes that facilitate easier unionization of companies.

Bottom line: 2020 wasn’t an easy year for anyone, including unions. While union numbers are down currently, employers desiring to remain union free should be on guard given we’re likely to see new organizing drives by unions to replenish their numbers and a much different legal environment that may make those efforts easier.

Who’s Down With PCA? All Employees Will Be Under Proposed...

Are Tech Workers Considering Unionizing In The Wake Of COVID-19?

View Subscription Center
RELATED TOPICS
Union Membership
TOP
Trending Share Connect
We use cookies on this site to enhance your user experience. By clicking any link on this page you are giving your consent for us to use cookies.
View Our Privacy Policy
BARNES & THORNBURG EMAIL DISCLAIMER