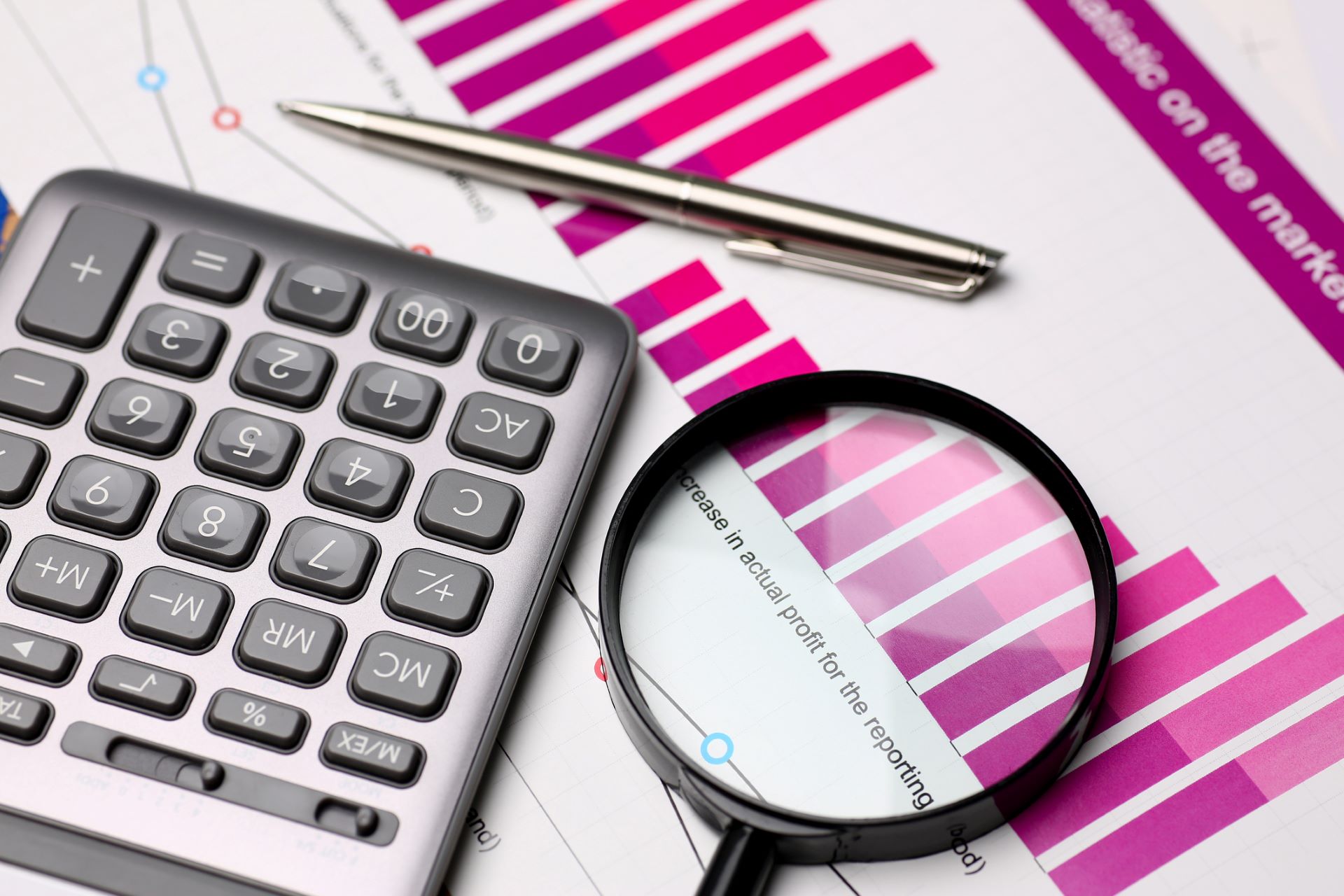 Insurance policies typically contain clauses prohibiting assignment of the policy, or policy rights, without the insurer's consent. Transactions involving the sale of a business or some or all of its assets often include provisions governing the transfer of insurance rights for losses or liabilities that predate the transfer. Parties rarely seek insurer consent for such transfer, largely because it would be impractical, if not impossible, to obtain.

Whether insurance rights transfer when a company or its assets are sold can be an important variable in measuring the value of the deal. This issue often turns on whether the court adjudicating coverage for a post-closing claim follows the majority rule and allows transfers without carrier consent or follows the minority rule that does not.

Why Is Transferability of Insurance Important?

Insurance is a valuable asset and knowing whether and how its value can be transferred to a successor can be essential to pricing the transaction and reserving for liabilities. This is particularly true under state successor liability laws holding that a successor entity may be liable to third parties for the torts or obligations of predecessor entities, even where the parties' agreement provides otherwise. Parties may not even know about a liability lurking in the background at the time of a transaction that may mature into litigation after closing.

General liability policies typically are triggered by an "occurrence" (usually defined as "an accident, including continuous or repeated exposure to substantially the same general harmful conditions"), which may happen years before a lawsuit is filed and without the insured's knowledge. In the time between the occurrence and the filing of a lawsuit, some or all of the business of the insured may have been sold. That sale may have been an asset sale, a merger, or a sale of the insured's stock. The entity ultimately sued may be the original insured, a successor entity, or both. All of these factors can influence whether coverage is available for the defense of a lawsuit against the original and/or successor entities, and any liability to which they might be exposed.

Do Insurance Rights Transfer or Not?

The majority of courts permit post-occurrence transfers without insurer consent on the theory that the right being transferred is a chose in action (a fully perfected right to recover a debt) and does not increase the risk to the insurer. [l] One court explained the rationale for this majority rule as follows:

Some courts have noted that an assignment of insurance rights as part of a merger or stock sale never triggers anti-assignment policy provisions because, by definition, the surviving entity inherits all assets, liabilities, and benefits of the acquired entity – making formal assignments unnecessary. With mergers, the risk remains unchanged because there is only one surviving entity, and the original insured essentially still exists.

Some courts hold that where no claim has been made against the insured seller in an asset sale at the time of closing, and where its policies require insurer consent to transfer, the assignment of insurance rights is ineffective. In one case, for example, the Indiana Supreme Court drew a distinction between property policies and liability policies, and held that under a liability policy, "at a minimum the losses must have been reported to give rise to a chose in action." [3] The court held that incurred liabilities that had not yet been reported were not assignable.

As the divergence between the majority and minority rules reflects, the all-important question of whether insurance rights can be transferred as part of an asset transfer depends upon which state's law applies to interpretation of the policy. Is it the state where the event prompting the claim occurred, the state in which the policy was issued, or the state where the contract of sale was formed? The relative value assigned to an insurance asset in a merger or acquisition can be substantially impacted by whether the majority or minority rule applies.

States generally apply one of three approaches in deciding what law applies to the interpretation of a policy. Under the lex loci contractus rule, the policy is governed by the law of the state in which the policy was executed. Generally, this is the state where the policy was delivered to the insured.

The issue of which choice-of-law rule applies to construe a policy becomes more complicated when the insured purchases a policy covering properties and liabilities in a number of jurisdictions. When a claim arises and the availability of coverage depends on which state's law applies, some courts apply the laws of multiple states to multiple coverage issues, depending on the circumstances and location of the particular claim or loss. Other courts apply the law of a single state, no matter the circumstances of the loss or the number of jurisdictions involved.

Because the majority and minority rules about transferability of insurance rights are so different, the issue of which state's law applies to policy interpretation can have far-reaching consequences and often determines whether anti-assignment language in a policy will be strictly enforced.

The fact that a jurisdiction follows the majority rule does not automatically mean that insurance rights are assignable. In a recent South Carolina case, for example, a corporate successor (PCS Nitrogen) was held liable for environmental contamination based on its predecessor's assumption of the Liability in a 1986 transaction. [6] PCS Nitrogen, in turn, sued the insurers of its predecessor entities, arguing that it acquired the insurance rights to this liability by assignment through the same series of transactions. The parties did not obtain insurer consent to this assignment. The insurers denied PCS Nitrogen's claim for coverage for the environmental liability for this reason.

In the coverage litigation that followed, PCS Nitrogen argued that it acquired the predecessor's insurance rights based on the majority rule that "post-loss" transfers of insurance rights are valid and enforceable, notwithstanding an anti-assignment provision. The court cited dicta in a South Carolina Supreme Court decision noting the majority rule with approval: "[I]t is generally held that an assignment after a loss has already occurred does not require an insurer's consent." [7] Based on this authority, PCS Nitrogen's argument should have carried the day. The event ultimately giving rise to the liability (contamination of a site) had occurred before the 1986 transaction. Under the majority rule, the insurance rights applicable to that liability would be treated as a chose in action included in the bundle of assets acquired in the initial sale and in the transactions that followed.

Yet the court disagreed. Without departing from the rationale behind the majority rule (that a ripened liability is a chose in action transferable without carrier consent), it found that coverage for the loss had not arisen at the time of the transfer because the policy stated that the insured was not entitled to coverage until liability was "finally determined by judgment against the insured after actual trial or by written agreement of the insured, the claimant and the company." The court held that because no lawsuits alleging the original seller's liability related to the contaminated site were filed before the first asset sale, the insured loss "had not yet occurred, and thus, no vested claims [to the insurance] existed."

In short, while acknowledging the concept that a loss or liability is treated as a chose in action transferable without the carriers' consent, the court held that the loss (environmental contamination) did not become a transferable asset until lawsuits alleging damages from the contamination were initiated.

Nevertheless, most courts following the majority rule have held that the loss transferable without insurer consent is liability for the contamination, which may not be alleged in a lawsuit until years later. This rule makes sense. If a liability a carrier contracts to insure a liability that is transferred through a purchase and sale, there is nothing unfair about compelling the carrier to cover it – regardless of who owns the liability when litigation is filed. This rule also honors the language and intent of "occurrence" based liability insurance policies.

The risk the insurer underwrote is neither changed nor increased. Excusing the insurance company from covering a liability arising from the very risk it agreed to insure, solely because the liability was transferred, would give it an undeserved windfall. The rationale for the prohibition against assignment, which is to bar coverage for an assignment that forces the insurer to cover a risk it did not bargain for, is not present under these circumstances.

A business wishing to transfer insurance rights as part of a transaction must consider the impact these varying rules may have on whether the transfer will be upheld and of the specific policy terms that could lead to a different result altogether.

Assessing the Value of Representations and Warranty...

View Subscription Center
RELATED TOPICS
insurance rights
insurance transfer
TOP
Trending Share Connect
We use cookies on this site to enhance your user experience. By clicking any link on this page you are giving your consent for us to use cookies.
View Our Privacy Policy
BARNES & THORNBURG EMAIL DISCLAIMER