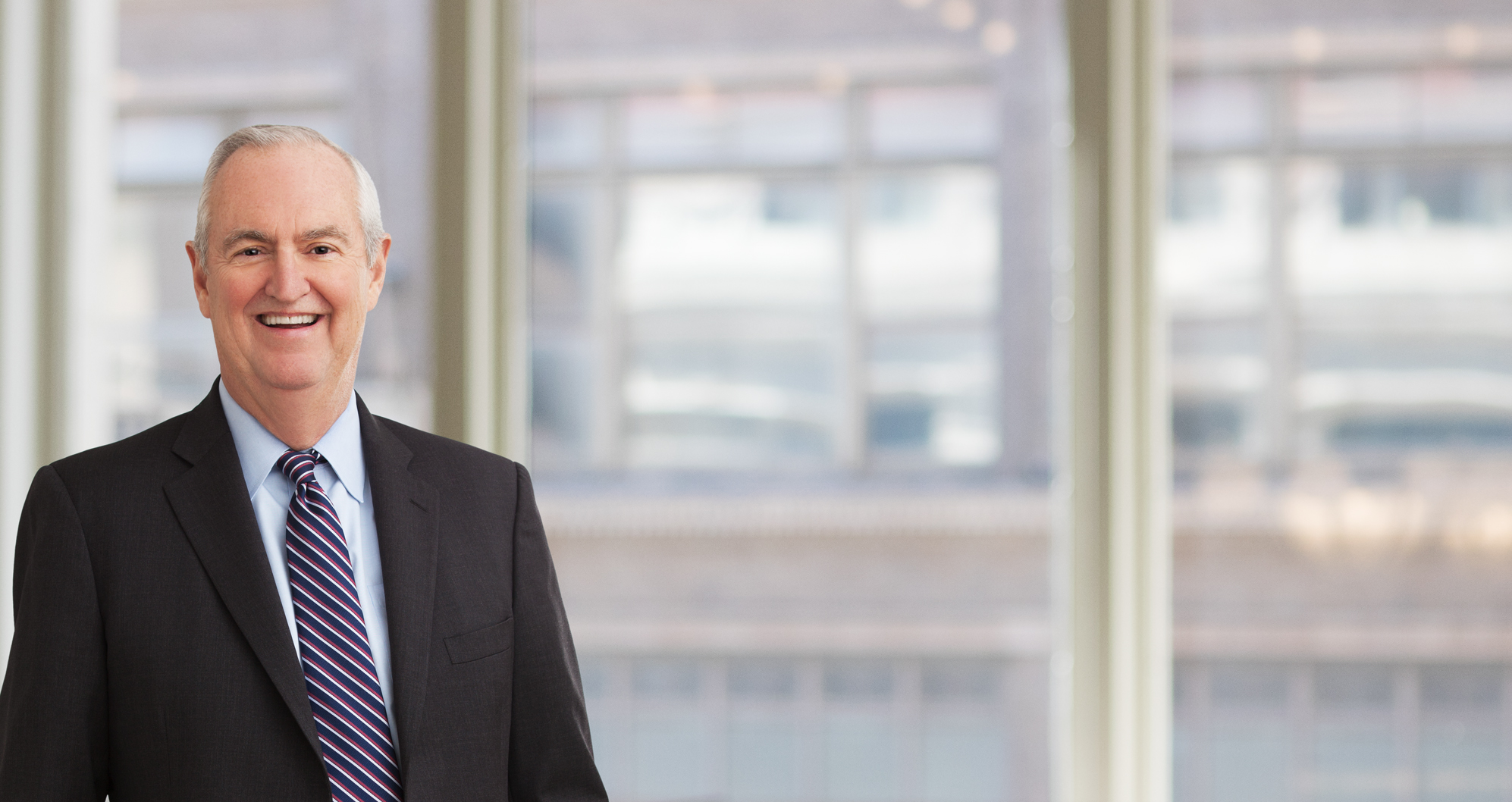 As a trustee at Purdue, he was the only lawyer on the 10-member Board and chaired its Finance Committee, which provided oversight of budget, project financing and investment matters. He also served on the search committee that identified and recruited Martin C. Jischke to be Purdue's 10th President.

In addition, Bill served as a gubernatorial appointee to the Community College Policy Committee that led to the development of Indiana's community college system. He was the former chair and remains a member of the Board of Advisors of Indiana University-Purdue University Indianapolis (IUPUI) and serves on the Indiana State University President's National Advisory Board. He was the Firm's representative to the National Association of College and University Attorneys (NACUA).

While an undergraduate at Purdue, Bill was the managing editor and editor-in-chief of the student daily newspaper, was the recipient of a full-tuition Pulliam Scholarship, joined the Society of Professional Journalists and was inducted into the leadership honoraries Iron Key and Omicron Delta Kappa. Following a stint as a newspaper reporter, Bill became a graduate student in American Government and a journalism teaching assistant at Purdue before moving to Washington, D.C. While working full-time on Capitol Hill, first in the House of Representatives and then for the Senior Senator from Indiana, Birch Bayh, he attended law school at the Georgetown University Law Center, where he was named a Teaching Fellow and an associate editor of The American Criminal Law Review. Bill's full-time public service also included serving as chief of staff for Evan Bayh when he was Indiana's Secretary of State and during his first term as Governor.

He was admitted to practice before all Indiana courts, U.S. District Courts for the Northern and Southern Districts of Indiana, and the U.S. Court of Appeals for the 7th Circuit, where Bill successfully argued a landmark case challenging the validity of the Gary-Chicago Airport Compact, which Bill helped to negotiate (137 F.3d 474 (1998)). Trained as a litigator and an appellate advocate, he was recognized by his fellow lawyers as a Master Fellow of the Indiana Bar Foundation and by his election as the board chair of SCG Legal, an international network of 148 law firms practicing in 82 countries, including every U.S. state capital. In 2017, he was named a recipient of the prestigious 'Leadership in Law Distinguished Barristers Award' by The Indiana Lawyer. He regularly represented nonprofit organizations and individuals who cannot afford a lawyer; in 2015, the Firm honored Bill as the winner of the Joseph A. Maley Pro Bono Award.

Away from the practice of law, Bill was deeply involved in local and national efforts to promote civic engagement and end homelessness.

As someone who has always been an active citizen, Bill devoted a portion of his life to supporting organizations and causes which try to energize the body politic. He currently serves of the Board of Advisors for the Center on Congress at Indiana University and the National Advisory Committee of IU's Center for Civic Literacy and was a founding advisory board member of Purdue University's Institute for Civic Communication.

In 2000, the then-Mayor of Indianapolis, Bart Peterson, asked Bill to lead a year-long, inclusive effort to draft the community's 10-year plan to address the challenge of homelessness. The culmination of that task was Indianapolis' 'Blueprint to End Homelessness,' which is still hailed as a national model. Mayor Peterson then asked Bill to chair the board of the nonprofit responsible for implementing the Blueprint, the Coalition for Homelessness Intervention and Prevention (CHIP). Bill is the only Emeritus Chair in CHIP's history. His relentless advocacy for policies and programs to end the scourge of homelessness has led to his election to the boards of the National Alliance to End Homelessness, HVAF of Indiana (dedicated to serving homeless veterans) and the Reuben Engagement Center. Bill has spoken widely on the topic'including delivering a seminar at Harvard'and has been quoted extensively in the news media. Many organizations serving the homeless have been gracious in acknowledging Bill's tireless efforts, most recently with a lifetime achievement award named in his honor. Bill and his wife, Ann, fund an annual fellowship that supports a graduate student's training in advocacy for the homeless, for which they received the 'Spirit of Philanthropy' Award from IUPUI.

In 2015, Bill was chosen by Purdue from among 350 nominees to be one of 10 'Old Masters' in recognition of his civic and professional achievements.

Bill is not regularly admitted to practice law in the local courts of the District Columbia, and pursuant to Rule 49 limits his practice in the District of Columbia to lobbying federal agencies and the United States Congress.

Attorney Presentation - "What Higher Education Can Expect from Washington in 2016"

What's Weighing Most on the Minds of Today's GCs?

January 2, 2017
View All
Trending Share Connect
We use cookies on this site to enhance your user experience. By clicking any link on this page you are giving your consent for us to use cookies.
View Our Privacy Policy
BARNES & THORNBURG EMAIL DISCLAIMER