Companies are becoming more and more aware of the Telephone Consumer Protection Act (TCPA), 47 U.S.C. § 227, as it has become a serious litigation risk across a variety of industries. Companies are facing greater risk now under the TCPA as consumers are increasingly reachable only via wireless devices, which are more heavily regulated under the TCPA, and “robocalls” are an easy way for companies to reach many people, virtually for free. Furthermore, recent changes to the law will increase that risk. While the TCPA was originally enacted to protect consumers against telemarketers; creditors, debt collectors, and debt buyers are being targeted with TCPA complaints. For example, a mortgage company may face a TCPA complaint from a borrower where the mortgage company uses autodialed and prerecorded message calls to collect debt or otherwise contact a borrower.

The TCPA was passed in 1991 in response to consumer concerns about the growing number of unsolicited telemarketing calls to their homes and the increased use of automated and prerecorded messages. While the TCPA was originally intended to be a statute that could be enforced through small claims actions, it is instead commonly used in class actions where courts and the FCC have interpreted the prohibitions of the TCPA broadly. See James G. Snell and Carlos P. Mino, “Telephone Consumer Protection Act Cases are on the Rise,” Bloomberglaw.com.

The TCPA prohibits autodialed and prerecorded calls/text messages to cell phones, autodialed and prerecorded calls to leave messages at residential phone numbers, unsolicited fax advertisements, and calls made to residential numbers on the “do not call” list. The TCPA provides for a private cause of action, which provides for $500 per violation or $1,500 per “willful or knowing” violation. A state attorney general can enforce the TCPA. The Federal Communications Commission (“FCC”) also enforces the TCPA with a fine of $16,000 per violation. When these numbers are multiple against large numbers of calls, texts, and faxes, damages in TCPA cases can be significant.

On October 16, 2013, changes to the TCPA went into effect, narrowing and eliminating statutory exemptions that companies used to avoid liability under the TCPA. One such amendment deals with the “Prior Express Consent Exemption.” Previously, the exemption allowed for oral or written consent to such calls. Under the amended regulation, prior express written consent is required, and prior consents obtained before the amendment will not suffice – companies must obtain new consent complying with the amendment. Another such change is the elimination of the established business relationship exemption for prerecorded telemarketing calls to residential landlines. Previously, without the need for additional consent, such calls were permitted when the caller had an "established business relationship" with the consumer. This exemption has been eliminated entirely, and now, prior express written consent is required for these calls as well.

Because of the broadly construed provisions of the TCPA and its broad application, companies should review and ensure that their policies and practices are in compliance with the TCPA, particularly with the recent rule changes. Furthermore, companies that use vendors for phone, text, or fax communications should use caution and include risk shifting provisions in their vendor contracts.

Robert C. Folland of the firm’s Commercial Litigation Practice Group, practices in the Columbus, Ohio office. If you have questions about this article, he can be reached by telephone at (614) 628-1429 or by email at rob.folland@btlaw.com. 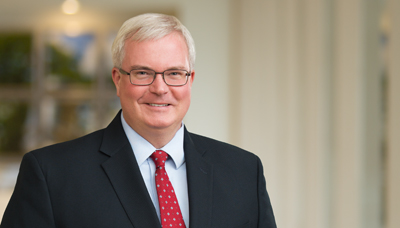