The Past Versus the Present: The Frye/Daubert Debate Continues

“The merits of the Frye test have been much debated and scholarship on its proper scope and application is legion,” United States Supreme Court Justice Harry Blackmun wrote in his 1993 opinion establishing Daubert as the standard for expert admissibility. However, over two decades after the Supreme Court’s decision to reject the Frye standard, the debate continues.

In December 2014, the D.C. Court of Appeals accepted an en banc review of Murray v. Motorola, Inc. et al, No. 14*DA-18 (D.C. Dec. 10, 2014). The underlying issue in Murray is whether cell phones can cause two types of brain tumors, gliomas and acoustic neuroma. However, that is not the question the D.C. Court of Appeals agreed to hear. Rather, the court will be deciding whether the District of Columbia will remain with the minority of state courts, including neighboring Maryland, applying Frye as the standard for admitting experts; or whether it will join the federal courts and majority of state courts applying Daubert. In petitioning the D.C. Court of Appeals to hear the case en banc, the Chamber of Commerce of the United States and other amici framed the court’s choice as one between “the past and the present.”

The Difference Between Frye and Daubert

After conducting a four-week Dyas/Frye hearing, Judge Weisberg of the Superior Court for the District of Columbia, ruled in Murray that five of the plaintiffs’ eight experts would be permitted to testify that it is more likely than not cell phones could cause brain tumors. Yet, early in the 72-page opinion the court found there is not “enough evidence for any scientist to answer the question [of whether cell phones cause brain tumors] ‘yes’ with the requisite degree of scientific certainty” and that “definitive evidence of causation is just not there.” The reason for the apparent paradoxical result lies with the District of Columbia’s reliance upon Frye as the admissibility standard for experts. According to Judge Weisberg, the opinions offered by the plaintiffs’ experts, while admissible under the Frye standard, “would almost certainly be excluded under Daubert[.]”

There is near universal agreement that a jury should not hear “bad science.” The difference between Daubert and Frye is who should define what is considered “bad” or “good” science. Under Daubert, a judge plays a prominent role and is considered the “gatekeeper,” ensuring the jury hears and bases its decision upon only scientifically reliable evidence. Under Frye, however, the keystone analysis is whether the methodology is “generally accepted” in the expert’s particular field. The standard follows a common sense notion that those in the field should decide when the methodology applied is generally accepted, rather than the judge. Judge Weisberg stated that until the D.C. Court of Appeals decides otherwise en banc, he is bound to this narrow role even though it did “not seem like the best way to ensure a just result” in toxic tort cases like Murray.

As evidence by the Murray case, the standard for admitting experts affects toxic tort litigation in three primary ways. First, as Judge Weisberg points out in his opinion, Frye’s target on generally accepted methodology works well for deductive science but comes up short when applied to inductive sciences like epidemiology. In toxic tort cases today, epidemiological studies are pervasive as they are considered the “best evidence of general causation.” While there is largely nothing new about the methodology in epidemiological studies, epidemiology relies heavily on inferences drawn from observed conditions, which the Frye standard does not measure. The issue is best summed up in an analogy Judge Weisberg provides in his Murray opinion:

“Even if 99 out of 100 scientists come out on one side of the causation inference, and only one comes out on the other, as long as the one used a ‘generally accepted methodology,’ Frye allows the lone expert to testify for one party and one of the other ninety-nine to testify for the opposing party. If the jury finds the lone expert more persuasive, that party prevails, even though ‘in the real world;’ the evidence is overwhelming that the case should come out the other way.”

Second, parties subject to litigation in a Frye district are vulnerable to high litigation costs and risk receiving erroneous outcomes on liability. As the Chamber of Commerce for the United States and other amici point out, a party may see no option but to settle the case rather than risk going to trial, even when there is significant doubt in the science upon which the opposition relies.

Lastly, and most important, as demonstrated by the Murray opinion, the admissibility standard for experts applied in toxic tort cases “can be outcome determinative.” Judge Weisberg appeared to have wanted to exclude all experts testifying that cell phones could cause brain tumors, but under Frye that is not his role. The D.C. Court of Appeals will hear arguments this year on whether this role will change, at least in the District of Columbia.

For more information about this topic and the issues in this article, please contact David Frazee in our Indianapolis office at (317) 231-7541or david.frazee@btlaw.com. 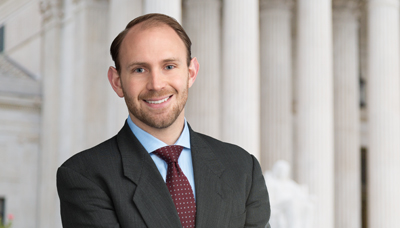