Billions of self-pressurized aerosol cans are made and sold in the United States every year, and they contain and dispense thousands of different kinds of products — an almost infinite variety of different personal hygiene products, paints, solvents, lubricants, pharmaceuticals, confections, cleaning supplies, and novelty items. They are ubiquitous in modern society. But when aerosol can accidents happen, the consequences may be severe. Lawsuits, of course, soon follow.

Recently, a California plaintiff alleged that when she was cleaning out a garage, she discarded a long-expired 16 oz. aerosol can of Dow’s “GREAT STUFF Big Gap Filler.” She alleged that it spontaneously exploded, propelling its bottom plate into her gloved right hand with such force that it allegedly broke bones and caused permanent nerve damage. Plaintiff sued Dow, alleging all the traditional product liability and other tort theories.

Aerosol cans are comprehensively regulated by two primary federal statutory and regulatory regimes. First is the federal Hazardous Materials Transportation Act (“HMTA”) and the Department of Transportation’s (“DOT”) implementing regulations under that Act. Second is the Federal Hazardous Substances Act (“FHSA”) and the Consumer Products Safety Commission’s (“CPSC”) implementing regulations under that Act. Both the HMTA and FHSA contain express preemption clauses, but they differ markedly in scope and application.

The FHSA and the CPSC’s regulations are primarily directed to the labeling of consumer products, and its express preemption clause bars state law warning duties that are not “identical to the labeling requirements [under the Act].” 15 U.S.C. § 1261 Note (b)(1)(A).

The HMTA and the DOT’s regulations cover a much broader scope, however, regulating the movement in commerce of a wide variety of hazardous substances, including compressed and flammable gases (such as the propellants in aerosol cans), and the design, manufacturing, and testing of different kinds of aerosol cans and myriad other product containers. The HMTA’s complex and multipart preemption provision, in pertinent part, bars any state requirement “that is not substantively the same” as an HMTA or DOT requirement relating to “the packing, repacking, handling, labeling, marking, and placarding of hazardous material” and/or “the designing, manufacturing, fabricating, inspecting, marking, maintaining, reconditioning, repairing, or testing a package, container, or packaging component that is represented, marked, certified, or sold as qualified for use in transporting hazardous material in commerce.” 49 U.S.C. § 5125(b)(1)(B) & (E). The DOT has adopted by regulation exactly this same preemption provision. 49 C.F.R. § 107.202(a)(2) & (5).

Granting Dow’s summary judgment motion, the Court’s Order began by stating that the federal preemption arguments were moot because plaintiff’s claims failed for state law reasons. But the Court nevertheless did decide the preemption issues and held that plaintiff failed to present any evidence of Dow’s noncompliance with the HMTA or the FHSA, it rejected plaintiff’s anti-preemption arguments, and it entered summary judgment for Dow accordingly.

This appears to be the very first time HMTA express preemption has ever been accepted as a defense in a consumer product personal injury action alleging design and manufacturing defects in a DOT-regulated product container.

For more information about this topic and the issues in this article, please contact Dean T. Barnhard in our Indianapolis office at (317) 231-7501 or dean.barnhard@btlaw.com. 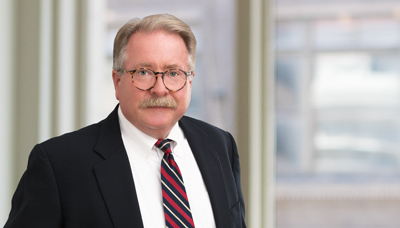