On October 27, 2014, the Delaware Supreme Court ruled that even inadvertent mistakes in UCC filings count, and the burden rests on the filing party to detect errors, and not on affected parties who come across them in a search. This ruling upsets a 2013 decision of a bankruptcy court and will ultimately determine the character of a $1.5 billion security interest in the General Motors (GM) bankruptcy.

Before GM entered bankruptcy, a group of lenders made a $1.5 billion term loan to GM. In 2008, GM’s attorneys filed UCC-3 statements intending to terminate perfection of the lenders’ security interest in an earlier (and unrelated) loan to GM. Unfortunately, the paralegal tasked with the job of assembling the paperwork inadvertently included a termination statement bearing a filing number corresponding to the $1.5 billion term loan. Many individuals (at GM, at the lenders, and at the various law firms involved in the filing) reviewed the paperwork and approved the filing without noticing the mistake – until GM entered bankruptcy.

The Official Committee of Unsecured Creditors sought a determination that, because of the error (which the lenders brought to the Committee’s attention), the lenders’ security interest was unperfected, which, under applicable bankruptcy law, would make the loan largely unsecured.

The Bankruptcy Court Lets the Lenders off the Hook

On March 1, 2013, the bankruptcy court (Judge Robert E. Gerber) ruled in favor of the lenders, finding that the effect of the erroneous filing depended upon whether it had been “authorized.” What constitutes an “authorized” filing? The bankruptcy court found that, based on principles of agency law, the lenders did not give, and GM did not have, actual authority to file the financing statement terminating perfection of the security interests for the term loan. As a result, the erroneous termination statements had no legal effect.

The case went up on direct appeal to the Court of Appeals for the Second Circuit, which certified the following question to the Delaware Supreme Court: “Under UCC Article 9 (as adopted into Delaware law by Del. Code Ann. tit. 6, art. 9), for a UCC-3 termination statement to effectively extinguish the perfected nature of a UCC-1 financing statement, is it enough that the secured lender review and knowingly approve for filing a UCC-3 purporting to extinguish the perfected security interest, or must the secured lender intend to terminate the particular security interest that is listed on the UCC-3?"

The Delaware Supreme Court Puts the Lenders Back on the Hook

In other words, it was enough that the lenders had knowingly approved for filing a termination statement purporting to extinguish perfection of the security interest.

The case now goes back to the Second Circuit, which may have room to let the lenders off the hook. The Delaware Court left open the “fact-based question of whether [the lawyers] had authority as . . . agent [for the lenders] to file the termination statement."

For the time being, though, UCC filers should be aware that the burden is on them to carefully review filings and catch any mistakes before statements are filed -- or at least before anyone searching the filings does. 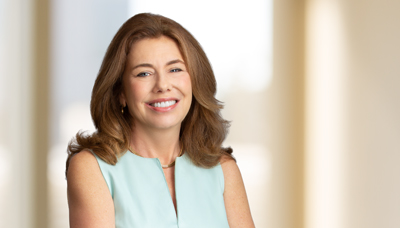