A recent Indiana court decision further highlights the importance of closely reading and negotiating your construction contracts, which we discussed in our last issue of the Construction Law update.

Gleaves involved a contract for construction management services between Messer and Indiana University for the construction of a building in Indianapolis. The plaintiff Gleaves was an employee of Whittenberg Construction, a company that had contracted directly with IU to perform concrete work on the project. Gleaves was injured when he was struck in the head by a falling two-by-four during the deconstruction of formwork away from a concrete wall. Gleaves sued Messer, among others, alleging that it had assumed a duty of reasonable care for his safety on the jobsite and had breached that duty. The trial court granted Messer’s motion for summary judgment on the ground that it did not owe Gleaves a duty. Gleaves appealed.

At the outset, the Court of Appeals distinguished Ryan in a footnote, noting that Gleaves did not argue that Messer’s contract with IU created a contractual duty. Rather, Gleaves argued that Messer went beyond its contract with IU and assumed a duty by conduct. Thus, the Indiana Court of Appeals held that the case was controlled by Hunt Construction Group, Inc. v. Garrett, 964 N.E.2d 222 (Ind. 2012), which held that “for a construction manager not otherwise obligated by contract to provide jobsite safety to assume a legal duty of care for jobsite-employee safety, the construction manager must undertake specific supervisory responsibilities beyond those set forth in the original construction documents.” Id. at 230.

The Court of Appeals then proceeded to analyze each of the actions Messer had taken to ensure safety at the worksite. Finding each one to be within the scope of Messer’s contract with IU, the Court of Appeals held that Messer owed no duty to Gleaves because Messer had not gone beyond its contractual safety obligations.

Gleaves again demonstrates the importance of knowing what is – and isn’t – in your contract. The general contractor in Ryan was held to have assumed a duty of safety toward subcontractors via the language in its DBAI form contract. On the other hand, Gleaves did not even argue that the AIA contract between IU and Messer created a contractual duty of safety. A review of the facts in Hunt demonstrates why. In that case, the Indiana Supreme Court clearly held that “Hunt’s contract does impose responsibilities on Hunt related to safety.” 964 N.E.2d at 227. The Supreme Court held those duties didn’t extend to subcontractors, however, because the contract expressly stated, among other related provisions, that Hunt was “not assuming safety obligations and responsibilities of the individual Contractors” and Hunt had no “control over or charge of or [responsibility] for safety precautions and programs.” Id. As set out in the Court of Appeals opinion, the IU-Messer AIA contract included similar provisions disclaiming responsibility for safety, despite the fact that Messer had taken on responsibility for specific safety programs in other provisions. General contractors should confirm that their contracts likewise contain these provisions.

J. Curtis Greene is a partner in the Indianapolis office of Barnes & Thornburg LLP. He can be reached via telephone at (317) 229-3136 or by e-mail at Curtis.Greene@btlaw.com.

Caitlin S. Schroeder is an associate in the Indianapolis office of Barnes & Thornburg LLP. She can be reached via telephone at (317) 231-7743 or by e-mail at Caitlin.Schroeder@btlaw.com. 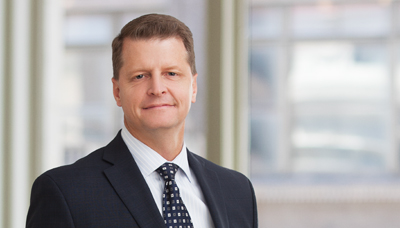