The current version of Indiana Appellate Rule 9 states that a party initiates an appeal “by filing a Notice of Appeal with the Clerk…within thirty (30) days after the entry of a Final Judgment….” Rule 9 also states that “[u]nless the Notice of Appeal is timely filed, the right to appeal shall be forfeited except as provided by P.C.R. 2.” The court relied on this language when determining that, in Indiana, there will no longer be a jurisdictional bar when a party fails to file a timely notice of appeal. Rather, the court noted that courts and attorneys alike often confuse a true jurisdictional defect with a mere legal error. The Court observed that Appellate Rule 9 is not contained within the “Jurisdictional” section of the Indiana Appellate Rules, but rather the “Initiation of Appeal” section. The court also relied on the distinction between a forfeiture, which is the failure to make the timely assertion of a right, as opposed to a jurisdiction issue, which “applies only to the prescriptions delineating the classes of cases and the persons implicating that authority.” Given that Rule 9 refers to a forfeiture of a right, the court determined that a party’s loss of a right does not also mean that the court somehow loses its authority to hear the case. Thus, failure to timely file a notice of appeal will no longer irrevocably deprive the appellate courts of jurisdiction to hear an appeal.

After so holding, the court then stated that since the current case involved a situation where the notice of appeal was not timely filed, “the question is whether there are extraordinary compelling reasons why this forfeited right should be restored.” In re O.R. involved a unique set of facts involving a contested adoption. Given that a fundamental liberty, the raising of one’s child, was at issue, in addition to other procedural facts, the Court held that there were compelling reasons to address the case on the merits despite the untimely appeal.

It is still imperative to timely file a notice of appeal because failure to do so forfeits that right. However, it may be possible, in certain limited circumstances, for a court to still address the merits of the appeal despite the untimely filing of a notice of appeal. Appellate courts in the post-In re O.R. era are utilizing the “extraordinary, compelling reasons” language from In re O.R. as the standard for determining whether an appellate court will address the merits of appeal despite the failure to timely file a notice of appeal. See e.g. Blinn v. Dyer, 2014 Ind. App. LEXIS 528 (Ind. Ct. App. Oct. 31, 2014) (stating that “[f]ailure to timely file a notice of appeal, while not a jurisdictional matter, nevertheless forfeits the right to an appeal absent "extraordinarily compelling reasons.”). Although there is little guidance at this point as to what compelling facts might meet this standard, it will not be easy to meet. Until case law further develops this new standard, a judgment may not be final even after thirty days after its entry has passed.

Alice J. Springer, a member of the Firm’s Appellate and Commercial Litigation Practice Groups, is a partner in the South Bend and Elkhart offices who can be reached by telephone at (574) 237-1120 or by email at alice.springer@btlaw.com. 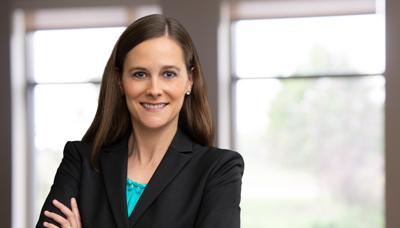