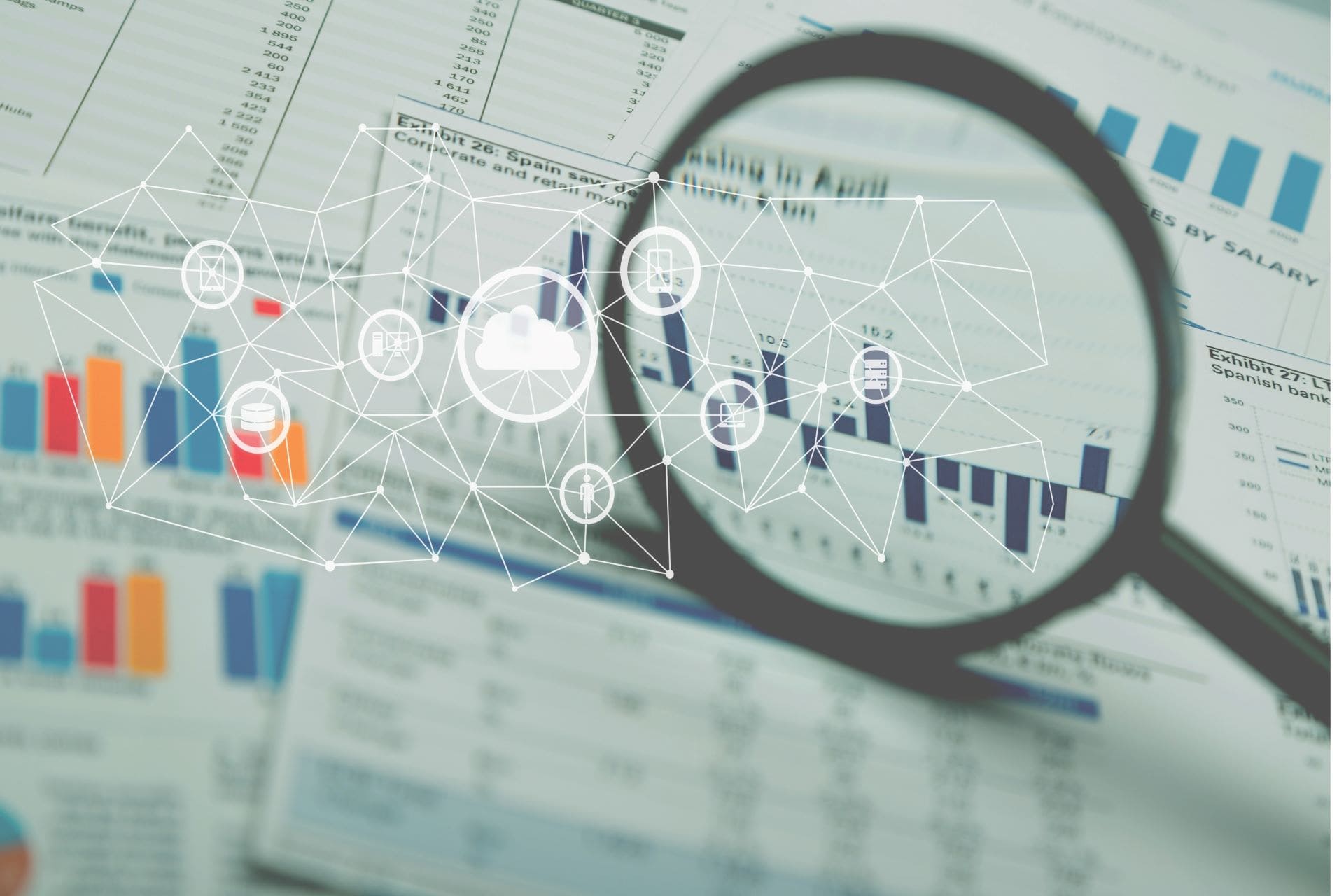 While the appraisal remedy can be an efficient and effective way to settle valuation disputes arising from a loss under a property policy, the decision whether to invoke or to resist it involves many legal and strategic nuances. When coverage issues are being disputed, insurers often demand an appraisal to avoid a court or jury ruling on the policyholder’s damages, while also attempting to exclude or limit coverage. This can result in a longer and more expensive claim resolution process than litigation. Policyholders should therefore give careful consideration to the appraisal remedy and its consequences.

The appraisal remedy is a feature of most property insurance and builders risk insurance policies. Some states go so far as to require the remedy. An appraisal clause reads something like the following:

There are few reported court decisions answering these questions, due in part to the fact that the remedy is extrajudicial and therefore keeps insurer conduct out of the public eye. But that isn’t always the case; some appraisals By Charles P. Edwards Fall 2019 Corporate Policyholder | 9 can be as lengthy and expensive as litigation, and they can complicate the resolution of insurance claims.

The Scope of Appraisal: ‘The Amount of Loss or Damage’

Nearly all appraisal clauses apply to disputes over “the amount of loss or damage.” Courts have universally agreed that this language means appraisals may not resolve disputes over the coverage provided by the policy. As stated in 15 COUCH ON INSURANCE § 212:13 (3d ed. 2019), “Questions concerning policy defenses or coverages are not to be addressed by the appraisers.” But courts and appraisers have not necessarily agreed on where the line is between coverage and the amount of loss or damage.

In High Country Arts and Craft Guild v. Hartford Fire. Ins. Co., 126 F.3d 629 (4th Cir. 1997), for example, the appraisers issued an appraisal of the policyholder’s business interruption claim capped at 60 days of lost revenue based on their conclusion that the insurance policy provided for only 60 days of business interruption coverage. The policyholder sued, seeking the 12 months of coverage it contended was available under the policy. The jury returned a verdict in the policyholder’s favor, which the U.S. Court of Appeals for the Fourth Circuit affirmed, rejecting the insurance company’s argument that the parties were bound by the appraisers’ 60-day award. The court held that the appraisers had misinterpreted the policy and that the parties were not bound by the appraisers’ interpretation of what coverage was afforded by the policy.

A frequent dispute in first-party property insurance claims involves whether the damage was caused by a covered cause of loss or by some other cause, and whether a court or appraisal panel should decide this question. Courts have differed on whether causation questions are to be decided by courts or appraisers. In State Farm Lloyds v. Johnson, 290 S.W.3d 886 (Tex. 2009), for example, the Supreme Court of Texas held that “when an indivisible injury to property may have several causes, appraisers can assess the amount of damage and leave causation up to the courts,” and “[w]hen divisible losses are involved, appraisers can decide the cost to repair each without deciding who must pay for it.” Id. at 894.

Also, in Johnson v. Nationwide Mut. Ins. Co., 828 So. 2d 1021, 1022 (Fla. 2002), the Florida Supreme Court held that “[causation is a coverage question for the court when an insurer wholly denies that there is a covered loss and an amount-of-loss question for the appraisal panel when an insurer admits that there is covered loss, the amount of which is disputed.” In Rogers v. State Farm Fire & Cas. Co., 984 So. 2d 382, 392 (Ala. 2007), the Alabama Supreme Court held that “[t]he determination of the causation of these matters is within the exclusive purview of the courts, not the appraisers.” In Walnut Creek Townhome Ass’n v. Depositors Ins. Co., 913 N.W.2d 80, 92 (Iowa 2018), the Supreme Court of Iowa held that causation is a question for the appraisers when determining the amount of loss from an insured event.

Another frequently disputed issue in first-party property claims involves the appropriate scope and cost of repair. While at first blush this might appear to be a dispute over the amount of loss or damage, it frequently involves questions regarding what is covered by the policy. For  example, the policy may say that it covers repair or  replacement with materials of “like kind and quality” but not provide any definition of these terms, or the policy may say that it provides “replacement cost” coverage, without defining what that means. Some guidance is found in Volume 2 Insurance Claims and Disputes 6th § 9:33 (March 2008), which concludes, “In general, an appraisal resolves solely the amount of a loss. It generally does not, for example, resolve the issue of what constitutes ‘like kind and quality.’ And, in general, it does not resolve coverage issues.”

The first rule of appraisal is that there are no rules. Policies generally allow each party to name its own appraiser and often say a court may select an umpire if the parties or their appraisers cannot agree on one. But rarely does the policy language address qualifications for the appraisers or the umpire, or specify procedures for the appraisal. Parties either need to work together or involve a court in setting the rules for an appraisal, which can differ from case to case depending on the nature of the damage and the existence of any coverage disputes.

Typically, parties choose appraisers who are industry experts in the particular area involved in the dispute. For simple disputes involving a single type of damage – say, the scope of hail damage to a roof – the appraiser’s expertise may be evident and may be able to cover the full scope of the dispute. Large, complex insurance claims, however, often involve many different types of expertise. In those cases, a party may name a consulting firm or general contractor as its appraiser, who may then rely on the opinions of various subcontractors, vendors or other subspecialists to complete the appraisal opinion. The parties also can agree to conduct separate appraisals for different types of loss or damage.

Unlike real estate appraisers, appraisers of property insurance losses are not governed by any industry standards of care. As noted above, the policy language at most may say that the appraisers and/or umpire must be “competent,” “disinterested” or “impartial.” This language has been called into action most often when a party’s appraiser has a potential financial benefit based on the outcome of the appraisal.

The Colorado Supreme Court recently addressed this issue in the context of policy language that said “each party will select a competent and impartial appraiser” in Owners Ins. Co. v. Dakota Station II Condo. Ass’n, Inc., 443 P.3d 47 (Colo. 2019). The insurer alleged that the policyholder’s appraiser was not impartial because she had agreed with the agent for one of the parties to cap her fees at 5 percent of the insurance award (allegedly giving her a financial interest in the outcome). The court first held, “Based on the plain meaning of the word impartial, we conclude that the policy requires appraisers to be unbiased, disinterested, and unswayed by personal interest. They must not favor one side more than another. This means no advocacy on behalf of either party.” Because the award did not reach the stated cap and the parties did not believe the cap was in effect, the court held that the cap did not come into play and therefore did not demonstrate bias.

Courts differ on where to draw the line on the independence of appraisers. In Rios v. Tri-State Ins. Co., 714 So. 2d 547 (Fla. Dist. Ct. App. 1998), the Florida Court of Appeals held that an appraiser paid whose fees were measured by a percentage of the award was an “independent appraiser” within meaning of the appraisal clause requiring insured and insurer to select an “independent appraiser.” Other courts have disagreed, holding that incentives like contingency fees give appraisers a financial interest in the dispute, which constitutes grounds for voiding the appraiser’s assessment. See Cent. Life Ins. Co. v. Aetna Cas. & Sur. Co., 466 N.W.2d 257, 261 (Iowa 1991).

Waiving the Right to Appraisal

The Binding Nature of an Appraisal

Most appraisal clauses conclude by saying that “agreement by the umpire and either of the appraisers will be binding on you and us,” or language to this effect.

It also may be possible to challenge an appraisal before it takes place. If the appraisal is conducted by court order over the objection of one party, that order may be appealable. Florida’s Rules of Appellate Procedure, for example, provides for an immediate appeal of a ruling determining the entitlement of a party to an appraisal under an insurance policy.

View Subscription Center
RELATED TOPICS
Property insurance
Insurance
Coverage
TOP
Trending Share Connect
We use cookies on this site to enhance your user experience. By clicking any link on this page you are giving your consent for us to use cookies.
View Our Privacy Policy
BARNES & THORNBURG EMAIL DISCLAIMER