On May 16, the Supreme Court agreed to consider the following two questions:

Do federal district courts have jurisdiction to hear constitutional challenges to the Securities and Exchange Commission’s structure, procedures, and existence?

Does the “safety valve” of 28 U.S.C. Section 2255(e) allow federal inmates to collaterally attack their convictions, in second or successive petitions for relief, for reasons other than those listed in 28 U.S.C. 2255(h)?

On May 16, the U.S. Supreme Court added two more cases to its docket for next term. The first is a Securities and Exchange Commission (SEC) case that raises the same question as another case involving the Federal Trade Commission (FTC) that the Court will also hear next term: Whether federal district courts have jurisdiction to hear constitutional challenges to proceedings before administrative agencies. In the second, the Court will settle a question for which criminal defendants and the federal government alike have long been seeking resolution: Whether federal post-conviction law’s “safety valve” allows federal inmates to challenge their convictions on grounds beyond those specifically listed in the statute.

The SEC case, like its FTC counterpart, is of particular interest to administrative law litigators. Between the SEC and FTC cases, several amici filed briefs to oppose the government’s position. And while the “safety valve” case drew no cert-stage amicus briefs, it is likely to have significant consequences in resolving what both sides consider a “deep and mature” circuit split.

In SEC v. Cochran the Court will consider largely the same question presented in Axon Enterprises v. FTC, in which the Court granted cert. back in January: Can parties to administrative proceedings raise constitutional challenges to the agency proceeding immediately in federal district court, or must such parties first complete their proceeding before the agency and then raise their constitutional challenges in the court of appeals on judicial review of the agency’s final order? Because the Security Exchange Act’s and Federal Trade Commission Act’s jurisdictional provisions are nearly identical, the question presented in Cochran is effectively the same as the question in Axon, just applied to a different agency.

Interestingly, these seemingly mirror statutes have not produced mirror decisions. In Axon, the U.S. Court of Appeals for the Ninth Circuit held that the District Court lacked jurisdiction to hear constitutional challenges to ongoing FTC proceedings; but in Cochran, a split en banc panel of the U.S. Court of Appeals for the Fifth Circuit reached the opposite conclusion for constitutional claims challenging SEC proceedings.

Notably, the respondent in this case, Michelle Cochran, agreed with the government that this question warrants review by the Supreme Court; the parties merely disagreed on when and how. The government requested the Court hold its petition in abeyance and to dispose of the case following its eventual decision in Axon. Cochran instead urged the Court to grant the petition “now and consider [the] case alongside Axon.” Among other arguments, Cochran contended that waiting to consider the SEC-specific language would cause “inevitable and unnecessary spin-off litigation that would accompany an FTC-specific decision in Axon.”

The Supreme Court apparently agreed with Cochran on this point and has decided to consider the two parallel statutes together. On May 19, the SEC filed a letter asking the Court to schedule the cases for separate arguments, but to coordinate the cases’ briefing schedules so that the agency can file a single brief across both cases.

The Court has not yet ruled on that request, though its eventual decision could provide an indication as to how closely connected the statutes are in the justices’ eyes. For now, the only thing that is certain is that the Court is one-step closer to deciding which courts can hear collateral constitutional challenges to agency administrative proceedings.

In Jones v. Hendrix, the Court will finally address what the federal government and the post-conviction petitioner agree is a deep and mature circuit conflict: Can a federal inmate, in a second or successive petition for post-conviction relief, challenge his their conviction after the Supreme Court issues a retroactive decision that interprets the statute of conviction in a way that makes the inmate legally innocent of the crime of conviction?

The U.S. code, specifically 28 U.S.C. Section 2255, authorizes federal inmates to collaterally challenge their convictions via a motion to vacate; an initial such motion can be based on a variety of grounds, including that the conviction “is otherwise subject to collateral attack.” If the initial motion fails, however, Section 2255(h) limits any second or successive motion to only two types of claims: 1) new evidence of factual innocence or 2) a new constitutional law decision by the Supreme Court that retroactively applies to his sentence.

But what if the inmate’s statute of conviction is later addressed by the Supreme Court and the Court issues a retroactive statutory decision under which the inmate would have been acquitted?

Nine circuits have held that Section 2255 contains a “safety valve” that permits second or successive collateral challenges in such situations; three circuits have disagreed. In particular, Congress provided a safety valve in Section 2255(e) that allows inmates to proceed with a traditional writ of habeas corpus in instances where “[it] appears that the remedy by motion is inadequate or ineffective to test the legality of [the inmate’s] detention.” The post-conviction petitioner here argues that this safety valve allows inmates to use a traditional writ of habeas corpus to challenge their convictions under retroactive statutory interpretation decisions issued by the Supreme Court. The federal government’s position on this question has shifted over the years, but it now argues that the petitioner’s proposed interpretation would be an end-run around Section 2255’s constraints on second or successive petitions.

The Court has resolved to answer this long-simmering question, and post-conviction practitioners will be strongly interested in what the Court says.

To obtain more information, please contact the Barnes & Thornburg attorney with whom you work or Kian Hudson at 317-229-3111 or kian.hudson@btlaw.com or Sarah Brown at 574-237-1151 or sarah.brown@btlaw.com. 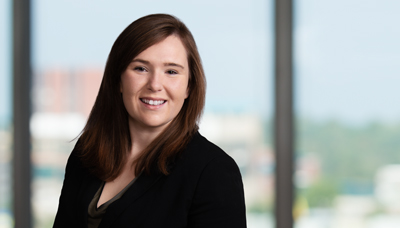