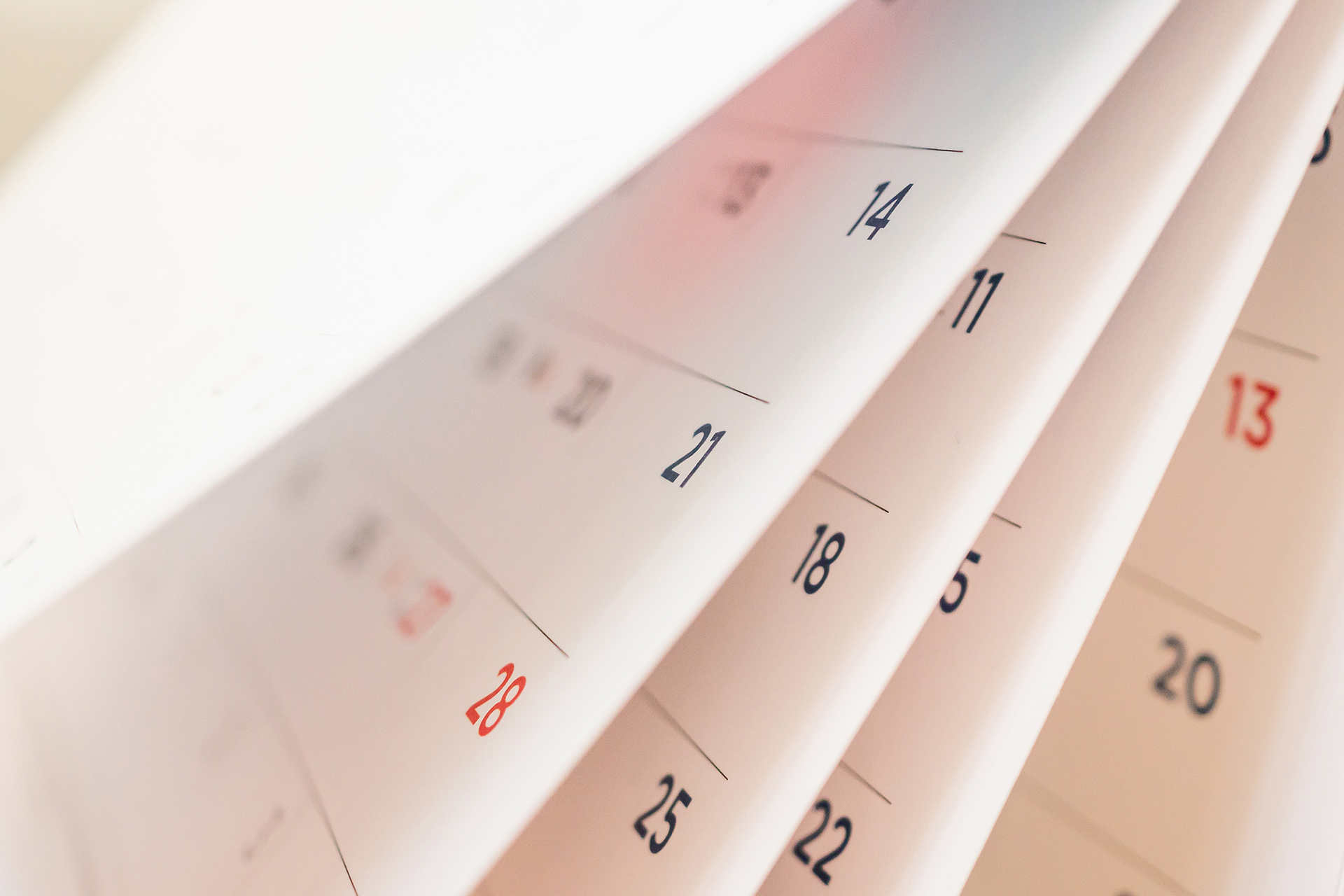 To quote Ferris Bueller, “Life moves pretty fast. If you don’t stop and look around once in a while, you could miss it.” In that regard, in the short period since President Biden took office, it has become fairly clear that the president was not mincing words when he promised to be the “strongest labor president you’ve ever had.” Indeed, the president’s pro-labor agenda has come fast and furious, starting within minutes of his taking the oath of office. What does this all mean for employers?

Indeed, given what the Biden administration accomplished in its first couple of weeks in office and the items still pending on labor’s agenda, there should be no doubt that the administration will likely have a significant impact on labor and employment law going forward. If the pace of the first weeks of the Biden administration are any indication, employers will need to make sure they are prepared for the deck to be stacked in favor of union organizing efforts and are able to survive stricter gender-based scrutiny of their pay practices, at a minimum.

Here is a roundup of the administration’s labor-related activity and legislation to watch for:

The president wasted no time approaching the then-general counsel for the National Labor Relations Board (NLRB), Peter Robb, and requesting his resignation. Indeed, he did so within minutes of being sworn in. However, when Robb declined that request, he was terminated. It was the first time in our nation’s history that a president terminated the NLRB general counsel, much less where the termination occurred without cause. Nevertheless, the president did not stop there. He terminated the second highest-ranking member of the general counsel’s office, Alice Stock, the very next day.

Thereafter, Biden appointed Peter Ohr as the NLRB's acting general counsel. Prior to this appointment Ohr served as the regional director for the NLRB’s Region 13, based out of Chicago, and was perhaps best known for his finding that Northwestern football players were employees subject to the National Labor Relations Act for the purpose of forming a union (a decision that was later dismissed for lack of jurisdiction). Since taking office, Ohr rolled back a litany of general counsel memorandums issued by the prior general counsel. He also withdrew the complaint against Embassy Suites by Hilton and a Unite Here affiliate for the impact their neutrality agreement had on employee rights.

Among the memorandum withdrawn were several issued by the prior general counsel related to the thresholds for prosecuting unions and the amount of detail to be included in union financial disclosures. As such, Ohr’s appointment has already greatly benefited organized labor and will undoubtedly do so until a permanent general counsel can be appointed. Until then, expect Ohr to continue to revisit issues adversely impacting organized labor, including Robb’s prior efforts to restructure the NLRB in a way that shifted power away from regional directors’ offices.

While the president will have to wait until late this summer before he can appoint a pro-labor majority on the NLRB, he wasted no time in ensuring that the board was administratively moving in that direction. Almost simultaneous with Robb’s termination was the appointment of the board’s lone Democratic appointee, Lauren McFerran, as board chair. As chair, McFerran holds certain administrative responsibilities not held by other board members, such as the duty to craft the NLRB’s budget proposal to Congress, propose changes to NLRB procedures, and propose the board engage in rulemaking. As such, she is in position to guide the board’s steps (or lack thereof) in favor of labor. For example, her appointment could impact how the NLRB proceeds with its currently proposed rules regarding elections and grad students.

President Biden nominated the mayor of Boston, Marty Walsh, to head the Department of Labor (DOL). Walsh is a longtime union leader and prior head of Boston’s Building and Construction Trades Council. Given this history, his nomination had the strong backing of the AFL-CIO. However, his nomination has met some criticism as Walsh previously faced scrutiny after campaign filings showed significant payments to his girlfriend’s consulting firm, and he also was linked to a federal probe into the tactics employed by union associates of the Trade’s Council. Nevertheless, it is expected Walsh will ultimately be confirmed.

The president also nominated Julie Su, as the DOL’s deputy secretary. Su is a prior labor commissioner for the state of California and current secretary of the California Labor and Workforce Development Agency.

Together, these two appointments are expected to spearhead Biden’s pro-labor agenda, including pursuing matters related to the COVID-19 pandemic and undoing many of the policies of the prior administration.

Among the priorities the DOL is expected to pursue under Walsh and Su’s leadership is guidance that clarifies that “workers have a federally guaranteed right to refuse employment that will jeopardize their health and if they do so, they will still qualify for unemployment insurance,” which likely will allow individuals to receive unemployment benefits despite refusing work during the pandemic, and reinstate prior Obama-era workplace safety reporting rules.

Indeed, given the significant authority the DOL has over matters impacting the workplace, there appears to be a broad range of ways in which the Biden administration can impact employers through these appointments.

The Federal Services Impasses Panel is responsible for resolving disputes between federal agencies and the unions representing their employees. In doing so, the panel has the authority to recommend procedures and actions where unions are unable to resolve differences with the agencies whose employees they represent. As such, the panel has a substantial impact on labor relations for federal employees.

President Biden ousted all 10 of the prior appointees to the panel, with eight resigning voluntarily after being requested to do so and two being terminated after they refused to step down. The panel is comprised of 10 presidential appointees.

For years, unions like Unite Here and the Service Employees International Union have been clamoring for the minimum wage to be increased to $15 an hour. President Biden has endorsed this effort and wasted no time issuing an Executive Order on Jan. 22 seeking a $15 minimum wage for federal employees – more than double the current figure.

However, since then, the Congress has also proposed in a federal stimulus package backed by the president to increase the federal minimum wage to $15 an hour within the next four years, with annual reviews and adjustments after that. While he has acknowledged this aspect of his stimulus plan is unlikely to become law, it nevertheless demonstrates the president’s commitment to pursuing the labor agenda.

Given the president’s early pursuit of an increase to the federal minimum wage and Democratic majorities in Congress, additional legislative action from the labor agenda is likely. Although it is uncertain that these bills will make it through Congress without significant revision (even with the Democratic majority), the following are areas where legislation appears most likely:

Democrats have a limited window, but can overturn any federal regulations issued on or after Aug. 22, 2020. Under the Congressional Review Act, with the approval of the president, a simple majority of Congress can overturn “major’ rules issued by federal agencies without judicial review. Congress has 60 days following the issuance of a rule (excluding days either House of Congress is adjourned) to pursue a resolution to overturn a rule. Moreover, the agency whose rule is overturned cannot pass a future rule that is substantially the same without the express authorization of Congress. Thus, this act can be a powerful tool for the Democrats to use to protect labor interests going forward.

The rules that could be targeted in this regard are the DOL Wage and Hour Division’s Independent Contractor Status Under the Fair Labor Standards Act; the DOL Federal Contract Compliance Programs (OFCCP)’s Religious Exemption Rule; the DOL rule updating the wage rate methodology related to migrant farm workers; and the EEOC’s guidance on religious discrimination in the workplace.

Protecting the Right to Organize Act

On Feb. 4, 2021, Congressional Democrats announced the reintroduction of the Protecting the Right to Organize Act (PRO Act). The bill greatly limits an employer’s ability to respond to union organizing efforts, effectively eliminates right-to-work in the private sector, and imposes financial penalties on employers who violate the National Labor Relations Act, to name a few. While the PRO Act is not expected to pass in its current form unless the Democrats end the filibuster, the president has already committed to signing it if it were to pass. As such, it is something all employers will need to keep an eye on.

In 2019, the House passed the Paycheck Fairness Act, but the Senate took no action on the bill. Not surprisingly, there is a renewed push to reintroduce the legislation now that there is a Democratic majority in both houses of Congress. If passed, the act would further amend the Fair Labor Standards Act to 1) make it unlawful to prohibit employees from disclosing information about their wages, 2) enhances the existing prohibitions against retaliation, 3) increases the penalties for violations, and 4) restricts the use of the “bona fide factor” defense (i.e. that the alleged discrimination was based on other bona fide occupational qualifications) in wage discrimination claims. Like the PRO Act, President Biden has long supported the passage of the Paycheck Fairness Act as part of his “agenda for women.”

For organized labor, the current political makeup appears to finally have shifted things back in their favor and they are looking to take advantage. To quote Ferris Bueller again, for many labor advocates, “[t]he question isn’t ‘what are we going to do,’ the question is ‘what aren’t we going to do?’” With that in mind, hold on tight and stay tuned.

To obtain more information, please contact the Barnes & Thornburg attorney with whom you work, or Grant Pecor at 616-742-3911 or grant.pecor@btlaw.com. 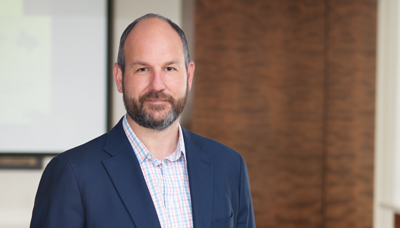