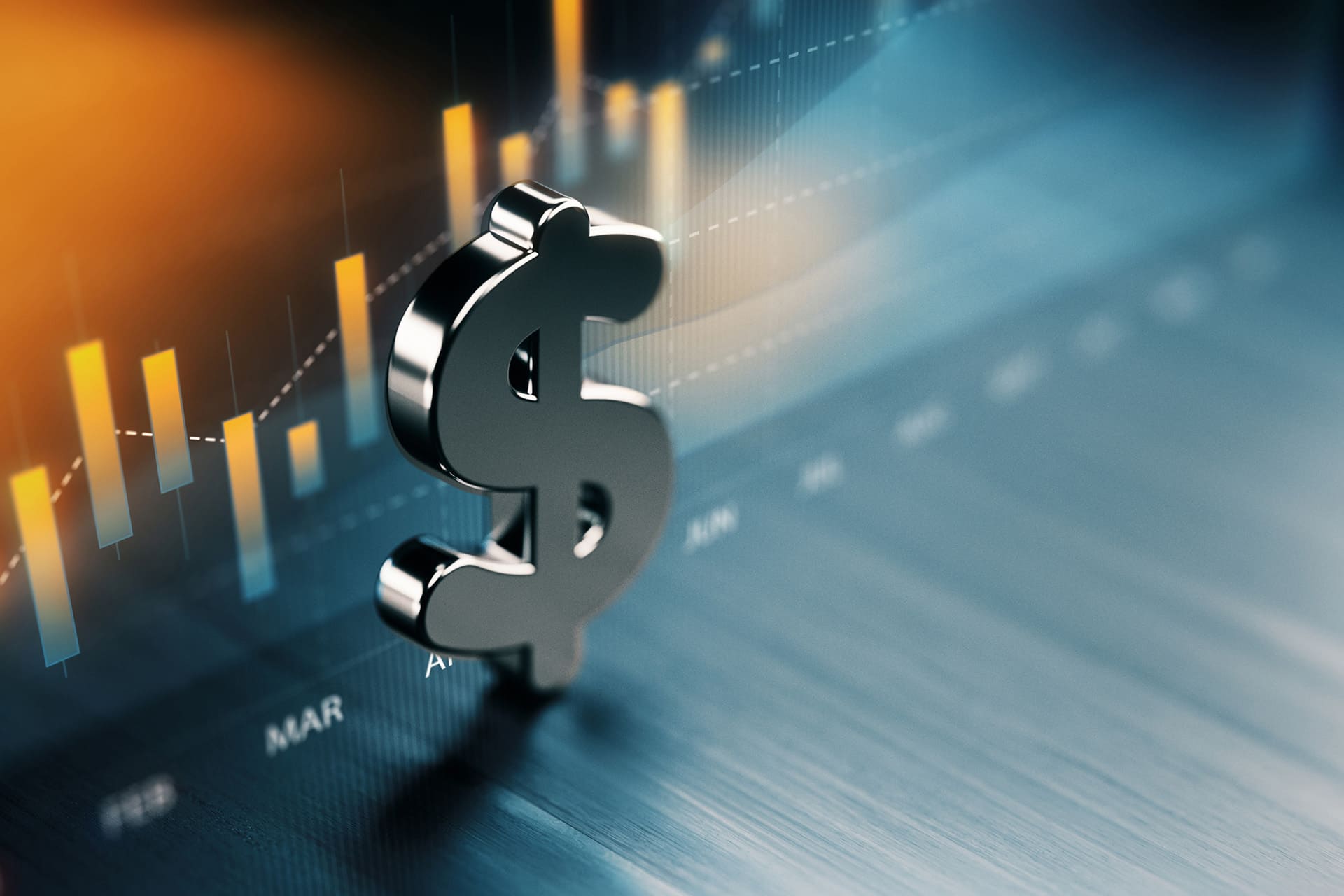 The Treasury Department and the IRS have scaled back the proposed related party transfer rules under Section 1061, now requiring recharacterization rather than acceleration of gain

On Jan. 7, 2021, the Internal Revenue Service (IRS) and the Treasury Department issued final regulations regarding the treatment of carried interests, or profits interests in partnerships that generally entitle service providers to share in appreciation at capital gains rates. Fund managers generally will be pleased that these final regulations removed or scaled back some of the more onerous provisions of the prior proposed regulations.

In particular, aggressive related party transfer rules were reworked and the complex exception to the rules for certain capital interests has been modified.

Nevertheless, these final rules are the latest chapter in the effort to prevent fund managers from paying tax at capital gains rates when, in the view of the government, they are being compensated for services provided.

Section 1061 of the Internal Revenue Code (the Code) was enacted in 2017. That section generally recharacterizes gain resulting from the sale of an “applicable partnership interest” (API) as short-term capital gain where the holding period of the interest is less than three years, notwithstanding that the general holding period requirement for long-term capital gain is one year. Section 1061 defines as an API a partnership interest held by, or transferred to, a taxpayer, directly or indirectly, in connection with the performance of substantial services by the taxpayer, or by any other related person, in any applicable trade or business (ATB).

The definition of ATB was drafted to cover most private equity and hedge funds, and includes any activity conducted on a regular, continuous, and substantial basis consisting in whole or in part, of raising or returning capital, and either (i) investing in (or disposing of) specified assets (or identifying specified assets for such investing or disposition), or (ii) developing specified assets. Specified assets include cash or cash equivalents, securities, commodities, options or derivative contracts with respect to any of the foregoing, and an interest in a partnership to the extent of the partnership's proportionate interest in any of the foregoing.

An API does not include any interest held directly or indirectly by a corporation (other than a subchapter S corporation, as has been made clear in subsequent guidance) or any capital interest that provides the holder with a right to share in partnership capital commensurate with the amount of capital contributed or the value of such interest subject to tax as compensation when received or vested (under Section 83 of the Code).

Proposed regulations were issued in July 2020. While they answered a number of questions concerning Section 1061, they introduced new complexity. In particular, many taxpayers and practitioners were surprised and dismayed to see that commonplace nontaxable transfers to spouses and family members and certain other related entities could trigger immediate tax under the proposed regulations – certainly a trap for the unwary. Other commentators took issue with the rigid, complex exception from Section 1061 treatment for certain capital interests.

The final regulations modify the rules on related party transfers and the capital interest exception in a generally taxpayer friendly, reasonable manner that takes into account commonplace transactions. However, other comments were rejected and, as finalized, the rules remain a barrier to many types of transfers within the prescribed three year period.

The rules were intended to apply to related parties to whom the API is transferred, but many practitioners pointed out in comments that the proposed regulations took this too far.

Under Section 1061(d)(1)(A), if a taxpayer transfers an API directly or indirectly to a related person, that taxpayer must include in gross income as short term capital gain “so much of the taxpayer’s long term capital gains with respect to such interest for such taxable year attributable to the sale or exchange of any asset for not more than three years as is allocable to such interest.” The proposed regulations took a very broad view of such intent and would have taxed the holder of an API in an otherwise nontaxable transfer of an API to a related party (such as a gift or nonrecognition transfer to a related partnership).

The final regulations limit the application of Section 1061 to related-party transfers that otherwise are taxable, such as a sale or exchange, and only recharacterize gain as short-term capital gain where the holder otherwise would have recognized long-term capital gain. In the preamble to the final regulations, the IRS conceded that this recharacterization approach will prevent holders from recognizing gain in many transactions that are not abusive and thus not the target of the new provisions, such as transfers to trusts and other estate planning transfers that are common among fund managers.

Nonetheless, the related party rules require that Section 1061 continues to apply to interests once they are held by the related party. In other words, if a fund manager transfers her interest to her spouse within two years of receipt, there would be no gain recognized (short-term or otherwise) assuming nonrecognition rules otherwise apply. If, however, six months later, the spouse sells the interest, Section 1061 still would apply to treat the gain as short term capital gain.

Of further note is that this concession does not impact the general IRS safe harbor for profits interests. Fund managers are familiar with the rules that must be followed for the grant or vesting of a profits interest in order for the IRS to agree that neither event is taxable. These rules, contained in Revenue Procedure 93-27 and Revenue Procedure 2001-46, require that there be no disposition of the interest within two years. While the ability in agreements to transfer interests to family members or trusts (generally, in connection with gift and estate planning) generally does not give tax advisors concern, an actual transfer of this type within the two-year period could cause the safe harbor not to apply.

The final regulations also provide some relief for taxpayers from the approach of the proposed regulations to the  capital interest exception. As proposed, the exception applied only if under the partnership agreement, the terms, priority, type and level of risk, rate of return and rights to cash or other property distributions are the same. The allocations were required to be pro rata based on capital account balances.

Commentators strongly objected to the rigidity and complexity of this standard – basically, a fund general partner could be subject to Section 1061 just because his interest is not identical to other partners. Recognizing that the exception was too rigid and did not reflect common business arrangements, the final regulations modified this exception by replacing the “same manner” standard with “in a similar manner.” The preamble indicates this test “may be applied on an investment by investment basis or on the basis of allocations made through tiered structures.”

It is unclear at this stage how much the relaxed standard will affect typical fund waterfalls, but certainly, it is better than a requirement that the fund general partner has the exact same interest as third-party limited partners.

The final regulations also relax the rules regarding the treatment of capital contributions made by the fund general partner or its affiliates with the proceeds of a loan or other advance made or guaranteed, directly or indirectly, by another partner or related party. The rules generally still do not permit these capital contributions to be included in a holder’s capital account for purposes of determining such holder’s capital interest, but do allow the exception to apply where a loan is made by another partner to a service provider if he or she is personally liable for repayment. .  Further, while these amounts are included as capital contributions as repaid, this will not be the case repaid with proceeds from the same type or loan

This approach is consistent with other areas of tax law where a partner’s personal liability for an amount is critical to its tax treatment. This is important because, in these areas, the IRS and the courts have rejected certain attempts, such as bottom-dollar guarantees (or back-to-back loans and guarantees), to satisfy the requirement that a partner be personally liable.

The final regulations aim to simplify rules that “look through” to the partnership’s assets in certain circumstances and apply Section 1061 even if the holder satisfies the three-year holding period. Under the proposed regulations, this rule applied where 80 percent or more of the fair market value of the underlying assets of the partnership were assets held for less than three years. As modified, the final rule focuses on whether there is a principal purpose of sidestepping the new holding period requirements.  Although some funds might benefit from the removal of the bright line rule, this could mean that the IRS will look at more funds to determine if there is a principal purpose, even if the fund would be well under the former 80% threshold.

While the final regulations are in some respects more taxpayer friendly than as initially proposed, the IRS and Treasury stopped far short of liberalizing the rules under Section 1061 in the manner many commentators had hoped. Notably, though intended to address private equity and hedge fund carried interest, Section 1061 and the now finalized regulations will apply to other businesses, creating a trap for the unwary.

We will continue to monitor additional developments, including as and if the Biden administration releases any plans to alter the scope of Section 1061 or introduce additional legislation impacting carried interests.

For more information, contact the Barnes & Thornburg attorney with whom you work or Michele Alexander at 646-746-2015 or michele.alexander@btlaw.com. 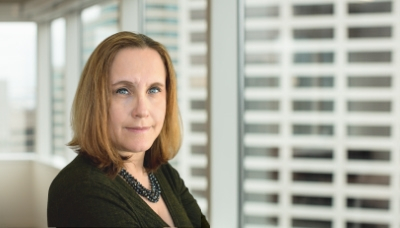